This is just the second time in California state history that Pride colors have illuminated the dome. 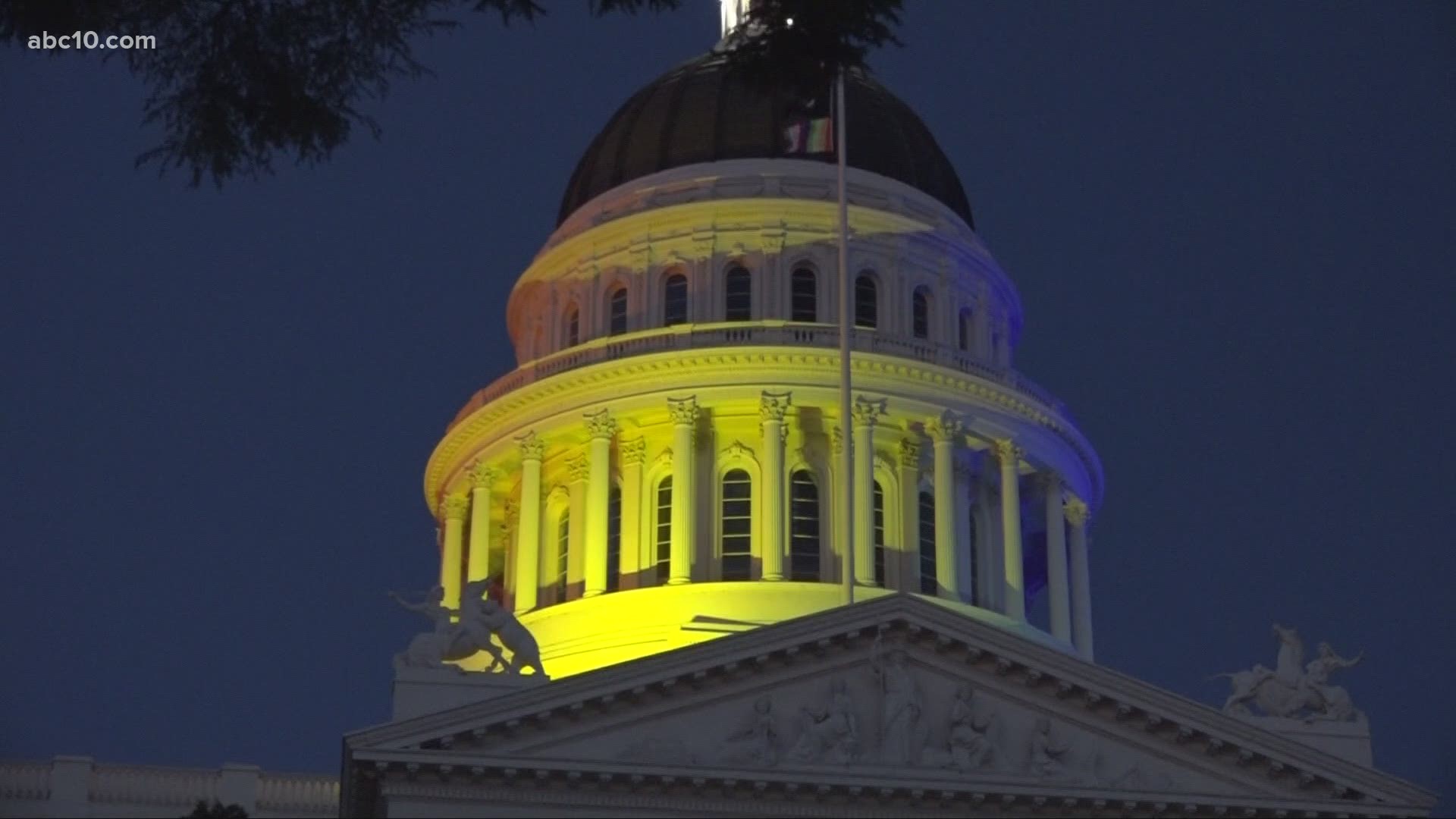 SACRAMENTO, Calif. — The California State Capitol dome was illuminated in rainbow colors Monday to kick off a weeklong recognition of Pride Month.

“Let these lights send a message to every single LGBTQ+ kid in California, every trans kid in Arkansas or Georgia or Florida or West Virginia that the state of California has your back,” said Tony Hoang, executive director for Equality California.

Assembly members and people from the community came together Monday evening for the lighting ceremony, which was part of a citywide initiative to create light installations at Sacramento landmarks. Other landmarks include City Hall, Sutter’s Fort, and the Museum of Science and Curiosity.

“I recently came out, so I just felt that it would be a good event to be with my community,” said Joseph Sais who attended the ceremony.

According to a press release, this is just the second time in California state history that Pride colors have illuminated the dome. The first time was in 2015 when the U.S. Supreme Court legalized marriage equality.

The colorful lights will remain lit for the entire week.

The lighting initiative was created by the Sacramento LGBT Community Center.

WATCH NEXT: The Origins of Pride Month: Remembering the 1969 Stonewall Uprising

"Pride is really about creating a better world for future generations," Sanchez said. "It's a celebration of how far we've come. But, there's still work to be done."