Afghan Refugees: How you can help children, adults, and families coming to the U.S. 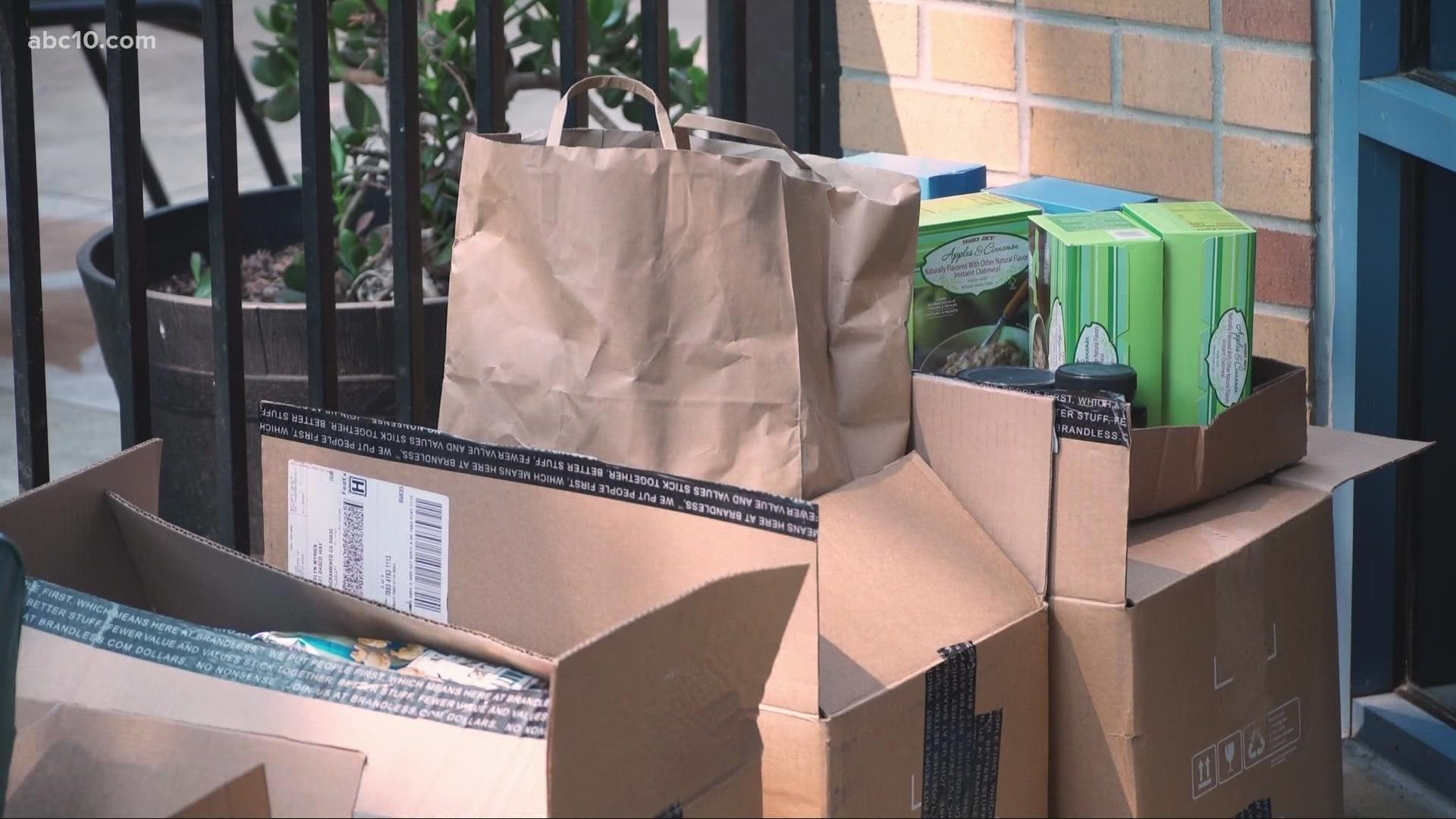 SACRAMENTO, Calif. — After watching the chaos quickly unfold in Afghanistan, many Americans are searching for ways to help Afghans desperately fleeing the Taliban.

The Department of Defense activated the Civil Reserve Air Fleet (CRAFT) program to help in the evacuation of U.S. citizens and personnel, Special Immigrant Visa applicants, and other at-risk individuals from Afghanistan.

CRAFT is a National Emergency Preparedness Program designed to augment the department's airlift capability. As part of the program, planes carrying hundreds of passengers landed at Dulles International Airport on Monday in Northern Virginia.

According to a White House official, about 21,600 people were evacuated from Kabul in a 24-hour period, totaling more than 58,000 since August 14. The White House also reports more than 63,900 people have been relocated since late July.

Many of those people fled with only a small suitcase or even just the clothing on their backs, leaving a major challenge settling into a new life. But there are many ways you can help incoming Afghan refugees settle in the U.S., from donations of goods and services to volunteering time to give rides and provide for other needs.

"You know some of these families have literally no connections here in the U.S.," said Krish O'Mara Vignarajah, president and CEO of Lutheran Immigration and Refugee Service. "There will undoubtedly be challenges as they rebuild their lives in a new country, in many cases with extended family still in harm's way, but we are confident these heroes will thrive as vital members of their communities."

Lutheran Immigration and Refugee Service is a national refugee resettlement agency based in Baltimore, Maryland. It's welcomed and supported more than 11,000 Afghan and Iraqi allies through the Special Immigrant Visa (SIV) program. The organization is seeking volunteers to help support Afghan allies and SIV holders.

Volunteer services are available across the U.S. through the organization, from airport pick-ups, apartment set-ups, or bringing a meal. If you are unable to sign-up to act as a volunteer in the various locations, organizers are asking people to donate to Neighbors in Need: Afghan Allies to help provide food, housing assistance, clothing, and other basic needs.

"Contributions of goods are so helpful as we provide those basic necessities to these families and children in the first few days and first few weeks on American soil," O'Mara Vignarajah said.

In Northern California, Afghan American communities and leaders are coming together to support refugees seeking a new life on American soil. On Friday, the United Afghan Association (UAA) held a donation drive in the afternoon at Crest Cafe on K Street in downtown Sacramento. UAA is "a global collective of Afghans that have come together to advocate, amplify and provide resources to Afghans in the diaspora and Afghanistan."

"This is a humanitarian crisis," said Makeez Sawez, team lead with United Afghan Association. "The word humanitarian has that one key portion, human. It's a human issue, right now. The average citizen in Afghanistan is innocent in what has happened. Our concern is to get as many supplies and support to these people as they migrate to the United States."

During the donation drive, dozens of donations were collected. But the need is still there. UAA is encouraging the public to donate additional goods and items to support Afghan refugee children, adults, and families. The organization is seeking clothing, toiletries, houseware, food, water, and much more.

"I'm Afghan American," Sawez explained. "As a child of a refugee, I've seen my parents struggle to build a life in the U.S. So, I empathize and sympathize with the situation that's going on right now in Afghanistan ."

Here's a donation list from the UAA to help Afghan refugees:

UAA plans to hold additional donation drives throughout Northern California. For a list of donation locations or to learn more about how to get involved, visit the UAA Instagram or Facebook Page.

Here are some other organizations that accept donations for Afghan refugees: