During a time when it was difficult for people of color to become teachers, Flora Arca Mata was a trailblazer for the Filipino-American community. 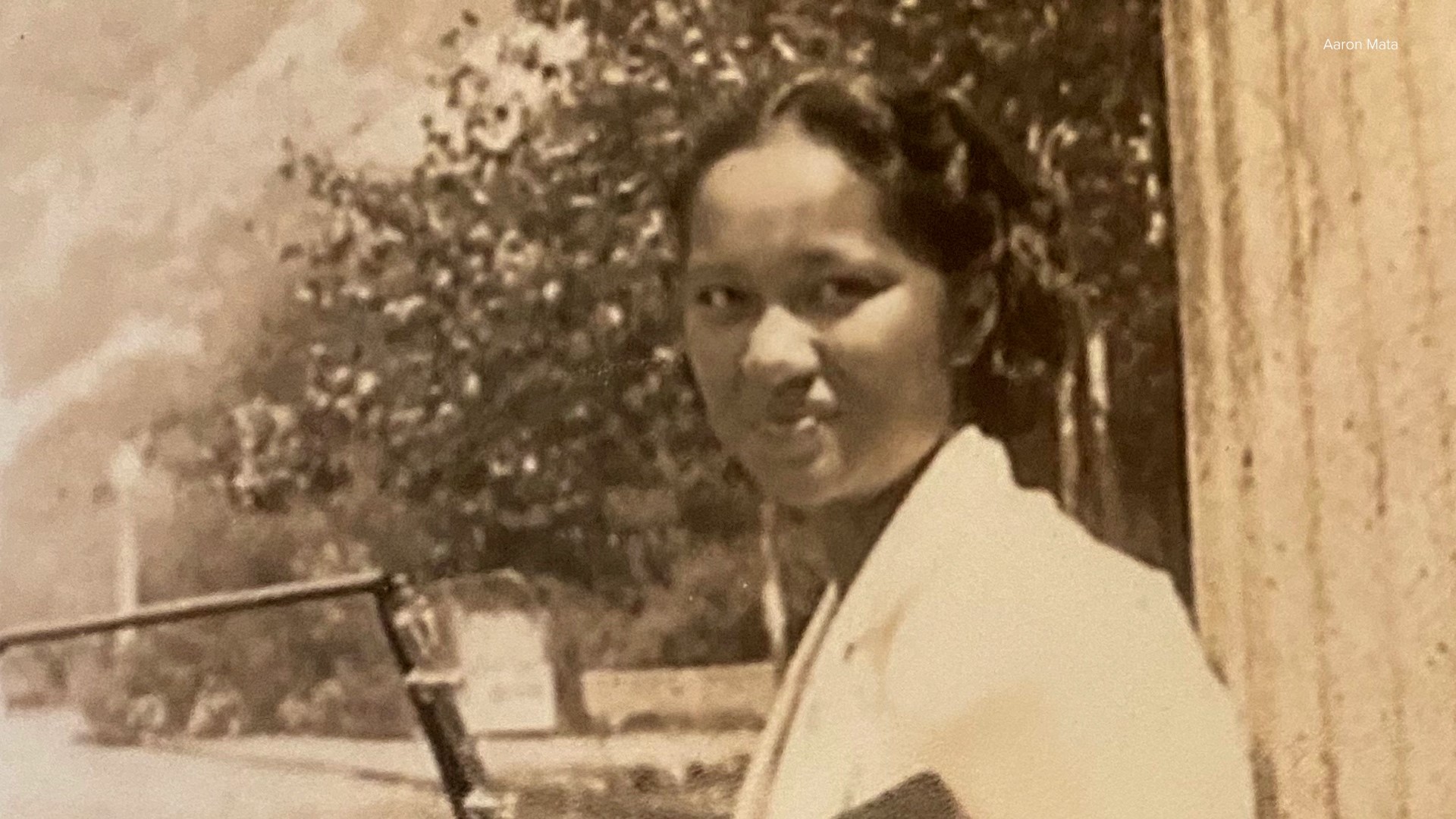 “She really helped a lot of the administrators that went on to become principals and administrators for Stockton Unified and even out in Sacramento,” says Eddie Mata, Flora Arca Mata’s son.

Eddie said he didn’t realize the impact she had until he got older.

“Her first class are in their 80s right now, and there's a lot of those became professionals, teachers, doctors, lawyers,” Eddie said.

He said his mom gave kids hope for their future.

Flora was born in 1917. She was originally from Hawaii and moved to Stockton as a child and lived in Stockton’s Little Manila. Historians consider Stockton as having one of the largest populations of Filipinos in the U.S. in the early to mid-1900’s. After the U.S. took the Philippines as a colony, many came here searching for an opportunity such as a job or a college education.

Flora attended local schools and went to UCLA for college. At the time, her family says it was difficult to go to college because of the cost. Flora’s sister received a full ride scholarship to Stanford but instead worked in the fields to put her younger siblings through college like Flora.

At UCLA, Flora was one of the few women in her class. It’s where she met her husband Vidal Mata. She was the first Filipino-American woman to graduate from UCLA.

After graduating, they worked for prominent families as tutors and housekeepers in the Los Angeles area.

The Filipino-American National Historical Museum in Stockton said it was difficult for some Filipino-Americans to be considered for professional jobs and many ended up working in agriculture and service line work.

Flora and her husband decided to move to the Philippines in the late 1930’s to get a teaching job and stayed there until the end of World War II. They moved back to Stockton in 1947 but getting a teaching job was not easy.

Flora became Stockton Unified School District’s first Asian American teacher in 1948, one year after Wilhelmina Henry became the school district’s first black teacher. They both became friends and were only allowed to teach in South Stockton.

Her son says she always remained positive throughout her career no matter what she faced.

Teaching was her passion and she taught until she could no longer drive at 81 years old.

In her decades of teaching, not only did she influence her community, her students, and fellow Asian Americans to become educators but also her family. Many of them are in the education field from her own kids to her great-grandchildren.

In 2019, the Stockton Unified School district announced it named a new elementary school in her honor. Wilhelmina Henry’s daughter went to the naming committee to help advocate for the naming. A group called Little Manila Rising, which are advocates for the Filipino community, held a campaign to make it happen - calling her a trailblazer breaking through many racial barriers.

“The Filipino Community really backed her up. That was really neat to see, so I was happy,” Eddie said. “She was a very, very humble person, you know. She, kind of... she'd go to assemblies and awards and things and she would just say, 'oh, that's very nice.'”

Flora never had a chance to see that school and her name on this sign.

He doesn’t know if she truly realized how much of a difference she made in people’s lives. Her job was more than just a job. It was a calling.

This project is a part of our newly developed race and culture team. The mission of the Race and Culture team is to consistently serve people who have been historically overlooked or underrepresented in the media by amplifying their voices through authentic representation, community engagement and in-depth storytelling on all platforms. If you have other suggestions or members of the community you'd like us to highlight, please send an email to our race and culture team lead, Kandace Redd, at kredd@abc10.com.

Sacramento leaders talk diversity, inclusion and representation in the media.