Thousands are participating across the U.S. to stop hate against Asian and Pacific Islander communities, including outside of the California State Capitol. 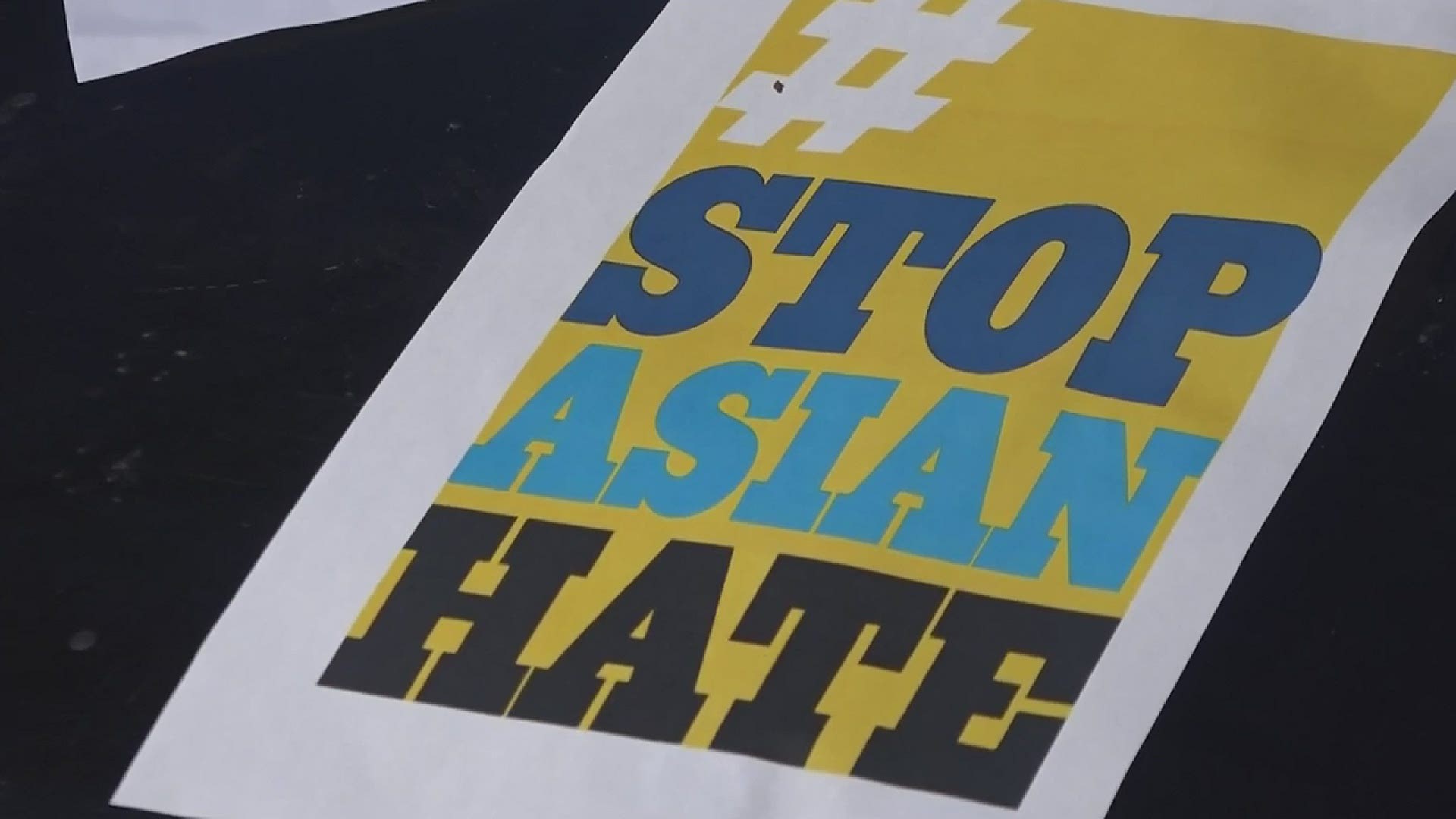 SACRAMENTO, Calif. — A Unity Against Hate rally is happening on Saturday, May 15. At least 16 cities, including Sacramento, are holding a march or rally at the same time to confront the senseless rise of anti-Asian hate incidents amid the ongoing COVID-19 pandemic.

According to the latest data from Stop AAPI Hate, a national coalition addressing anti-Asian racism across the U.S., 6,603 hate incidents against Asian Americans and Pacific Islanders were reported to the organization from March 19, 2020, to March 31, 2021. The data also shows about 40% of the hate incidents reported in the past year occurred in California, with the top reported hate incidents including verbal harassment, shunning, and physical assault. Civil rights violations and online harassments are some of the other hate incidents reported against people of Asian descent.

In early April, a group of community leaders and organizations in the Greater Sacramento region came together to help organize a local rally to put an immediate stop to hate of all kinds against Asians and all other diverse communities and groups. Even though the Unity Against Hate rally started as an event in Sacramento, the local rally turned into a national and international movement with unwavering support from additional organizations, groups and volunteers.

“A few of us volunteers came together to say, ‘when is a better time, if not now, to really speak up about hate and not be afraid,” Amy Tong, National Senior Advisor of the Asian Pacific Islander American Public Affairs, said. “The rally started with Sacramento. Then, it grew to the state of California to a national event. Now, it is an international rally. Canada and Australia will also be holding the Unity Against Hate rally at the same time.”

Devastating to hear from @StopAAPIHate co-founder @KulkarniManju that at outset of #COVID19 in US, Asian American middle-schooler in LA was accused of having virus & told to go back to China - then punched in head 20 times. Over 6,600 anti-AAPI hate incidents reported since. pic.twitter.com/Sahb47Di2m

“The attacks on Asian Americans has been going on a lot longer than the last few years,” Josh Kaizuka, Co-President of the JACL, Florin Chapter, said. “Matter of fact, from the day Asians immigrated to this country over 150 years ago, they have been targeted. It is so important over the years to speak up and stand up and fight for those communities that have been disenfranchised and targeted. Today, what we're seeing is an assault on our community.”

“Asian Americans, and Native Hawaiians, and Pacific Islanders make our Nation more vibrant through diversity of cultures, languages, and religions,” President Joe Biden said. “There is no single story of the AANHPI experience, but rather a diversity of contributions that enrich America’s culture and society and strengthen the United States’ role as a global leader. The American story as we know it would be impossible without the strength, contributions, and legacies of AANHPIs who have helped build and unite this country in each successive generation. From laying railroad tracks, tilling fields, and starting businesses, to caring for our loved ones and honorably serving our Nation in uniform, AANHPI communities are deeply rooted in the history of the United States.”

“We're going to have speakers, from elected officials to educators, law enforcement, and most importantly community leaders, to talk about what each one of us would do to make a difference,” Tong said. “Education is the theme of the rally and celebrating diversity.”

It’s time for the nation to come together to send a strong message that espousing hate against AAPI communities will not be tolerated. Attend the #UnityAgainstHate Rally on May 15. Support the cause https://t.co/vXfzfbodXG pic.twitter.com/1T2ODK5n1I

People are strongly encouraged to wear a face mask and practice social distancing during the rally to stop the spread of COVID-19 in all communities. Security will also be enforced to ensure the safety of all participants of all age groups and backgrounds.

“Participating in a rally is not going to end hate,” Janice O’Malley, Vice President of Strategic Policy and Public Affairs, OCA Sacramento, said. “But, what it does is mobilizes folks. It empowers folks to become active and, hopefully, inspire them to become advocates. It’s about policy change and holding our elected leaders and law enforcement accountable. This is just one part of the piece that's going to be an ongoing effort. It's going to be you that unites with other people, to affect change.”