"There's an absence of language justice. A lot of times, communications around emergencies are only in English," said Samantha Sandoval with LCF. 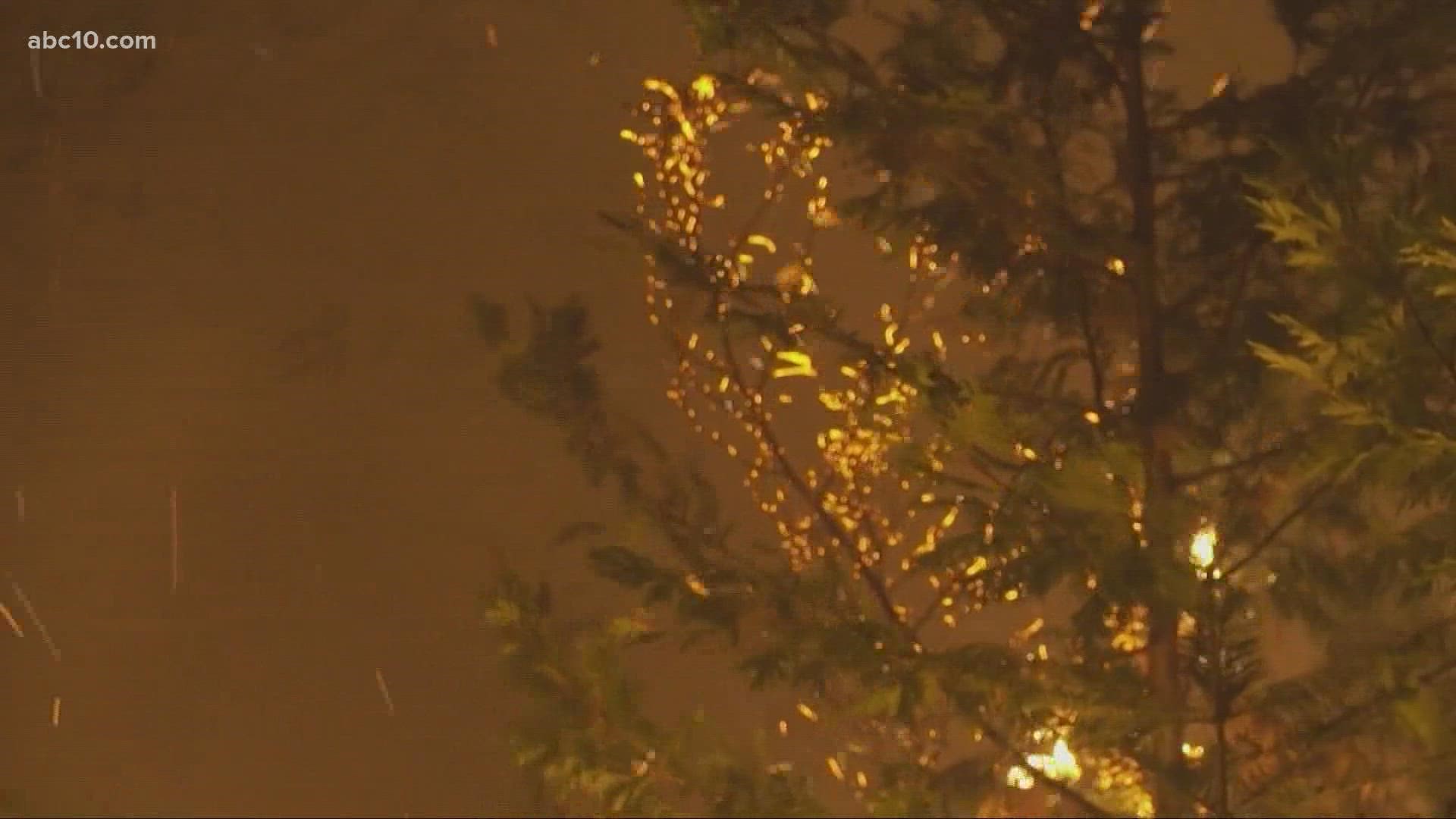 SACRAMENTO, Calif — When a disaster strikes, language matters. But, for too long, many Californians have been left unprepared and vulnerable in the face of wildfires, floods, earthquakes, and other emergencies. That picture is slowly beginning to shift through a statewide campaign and local organizations committed to serving historically marginalized communities.

"We have so many languages in California," said Brian Ferguson, Deputy Director for Crisis Communication and Public Affairs with the Governor's Office of Emergency Services (Cal OES). "We have so many folks from different parts of the world in our state. That's the fabric of what makes us great. But, it also provides barriers, in some cases, to people accessing regular information."

California is the most linguistically diverse state in the nation with more than 200 languages. That's according to the latest data from the U.S. Census Bureau. Unsurprisingly, English is the most used language in the state. But, census data also shows, about 45% of Californians speak a language other than English at home. Spanish is the second most spoken language in California, followed by Chinese, including Cantonese and Mandarin, and Vietnamese.

Preparing your family for disasters like wildfires, earthquakes, and floods can be as easy as sending a text message.

It's really as simple as it sounds!

"Environmental disasters, such as wildfires, earthquakes, and large hurricanes, disproportionately impacts vulnerable populations," Ferguson said. "That includes people with access and functional needs, older people, and people who do not speak English as a first language. Those people are more likely to be negatively impacted by a disaster. Under Gov. Gavin Newsom's leadership, the Office of Emergency Services is trying to reach out directly to people in those communities through the use of language and culturally appropriate manners to help them understand the basic steps for emergency preparedness."

In 2019, Newsom and the State Legislature appropriated $50 million to fund the California For All Emergency Preparedness Campaign to bolster statewide disaster resilience. The disaster-preparedness initiative is housed at Cal OES. The purpose is to ensure the most vulnerable populations are connected to culturally and linguistically competent support.

State leaders intentionally dubbed the new campaign "Listos California," since "listos" is Spanish for "ready." With help from more than 300 community-based organizations, the campaign targeted 24 of the state's 58 counties. Six counties were identified based on historical devastation caused by disasters, with the remaining counties selected through a competitive process.

As part of the campaign, emergency preparedness materials were produced in more than 20 languages to reach people through local organizations and services. That includes public service announcements, print, audio files, and more.

The campaign also ensured that website content was provided in easy-to-understand language and translated into Chinese, Filipino, Korean, Spanish, and Vietnamese. All printed and online materials were found compliant with the Americans with Disabilities Act (ADA). But, despite the success of the campaign so far, additional services are still needed across the state to help close the language gap in emergency situations.

"There's an absence of language justice," said Samantha Sandoval, Grantmaking and Special Projects Director for Latino Community Foundation. "A lot of times, communications around emergencies are only in English. So, some people are not getting critical information in Spanish or indigenous languages."

The Latino Community Foundation (LCF) was founded in 1989 as an affinity group of United Way of the Bay Area to increase workplace donations to Latino organizations. In 2016, LCF became an independent statewide foundation on a mission "to unleash the power of Latinos in California." LCF uses a California Wildfire Relief Fund to deploy contributions to Latino-led organizations supporting families displaced by wildfires across the state.

Whether it's a public health emergency like #COVID19 or natural disasters like #wildfires, Californians have embraced a culture of preparedness.

Find simple steps, tips and resources for you and your community ➡️ https://t.co/pmfpuVL8mY pic.twitter.com/4THlc7EzAP

Through the program, LCF, along with the help of local organizations, is able to support families with food, re-housing, transportation, child care, and language translation. LCF also works as a liaison between organizations and key policy and decision-makers to ensure public resources and emergency communications are reaching the most vulnerable and marginalized families.

"The Latino Community Foundation established the Wildfire Relief Fund," Sandoval said. "Through the fund, LCF invested almost $4 million in grassroots nonprofits on the frontlines of relief efforts. These organizations provide direct service and mobilize in times of crisis."

Census data shows California is home to more than 15 million Latinx people. When a disaster strikes, some of them are in desperate need of language services, such as translation and interpretation. California has more immigrants than any other state. That's according to research from the Public Policy Institute of California (PPIC). It shows California is home to almost 11 million immigrants. About 22% of them are undocumented. The data also shows the vast majority of immigrants were born in Latin America (50%) or Asia (39%). When it comes to language, most immigrants in California are bilingual, with 70% speaking English proficiently and 10% speaking no English at all.

Tens of thousands of Californians remain under evacuation orders as massive wildfires continue to spread. Since June, the American Red Cross has been on the ground helping evacuees find a safe place to stay, food to eat, and emotional support. Emergency shelters have been operating across the state to assist people with no place else to go. Many evacuees have been sleeping in RVs or tents.

Mateo and Jessie Sabino are among the youngest residents of the 300+ people in the @RedCross shelter in Placerville. Mom Lourdes says that she worries about the fire but that at the shelter "we feel safe."

"Everybody helps," she said. "We appreciate it."

"Disasters don't discriminate," said Gabriela Perez Albarracin, California AmeriCorps Disaster Team Program Manager with the American Red Cross. "The mission of the American Red Cross is to prevent and alleviate human suffering in the face of emergencies by mobilizing the power of volunteers and the generosity of donors. It's all about providing support to all members of communities impacted by disasters, regardless of the language spoken."

The California Gold Country Region recently established a "Translation and Interpretation" project. The goal is to make sure the most vulnerable populations are equally being served through language. That includes making sure all emergency information communicated to the public is clear, concise, and translated to meet the needs of all communities. Through the project, at least 25 Red Cross volunteers act as translators and interpreters for people who need the service during a crisis. At this time, the organization is offering communication services in 17 different languages.

"The Red Cross volunteers might be called on at any time during an emergency to help people with language needs," Albarracin said. "We really need to serve everybody equally. People need to have that comforting voice that tells them everything is going to be OK and they have someone to lean on in their own language."