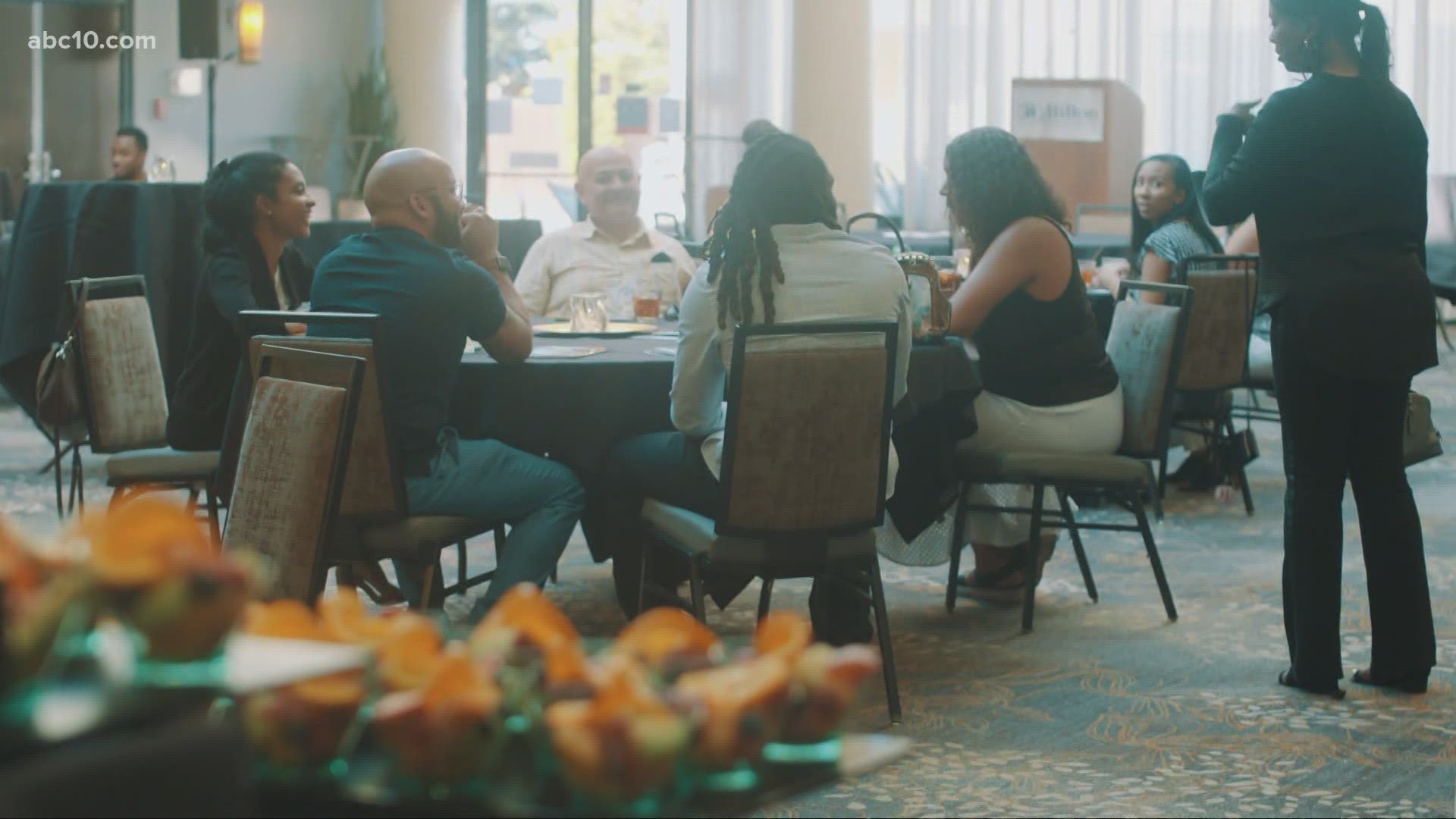 Juneteenth or June 19, the day Black Americans have recognized as the end of slavery in the United States, will now be commemorated as a national holiday in all 50 states.

Deborah Fanney was one of several people who came out to the Hilton for the Sacramento Black Chamber of Commerce's Juneteenth event.

"You know, signing a bill that had no appropriations, no money involved, no reparations doesn't mean a whole lot to us," Goines said. "It will be a day off."

Because about 41% of Black businesses went out of business amid the pandemic, Goines prefers people are made more aware of that than someone signing a bill for a holiday.

The mixer comes the same week that California removed its COVID-19 tiers. Goines is looking forward to life returning to normal.

"I'm hoping to see all of my friends that I haven't seen in a year and a half, get some really big inappropriate hugs, and have an opportunity for our members to see each other," Goines said.

That holiday or day off could come as early as tomorrow for many. The Office of Personnel Management tweeted, most federal employees will observe Juneteenth.