'Lest we forget': A look back at Sacramento's internment camp 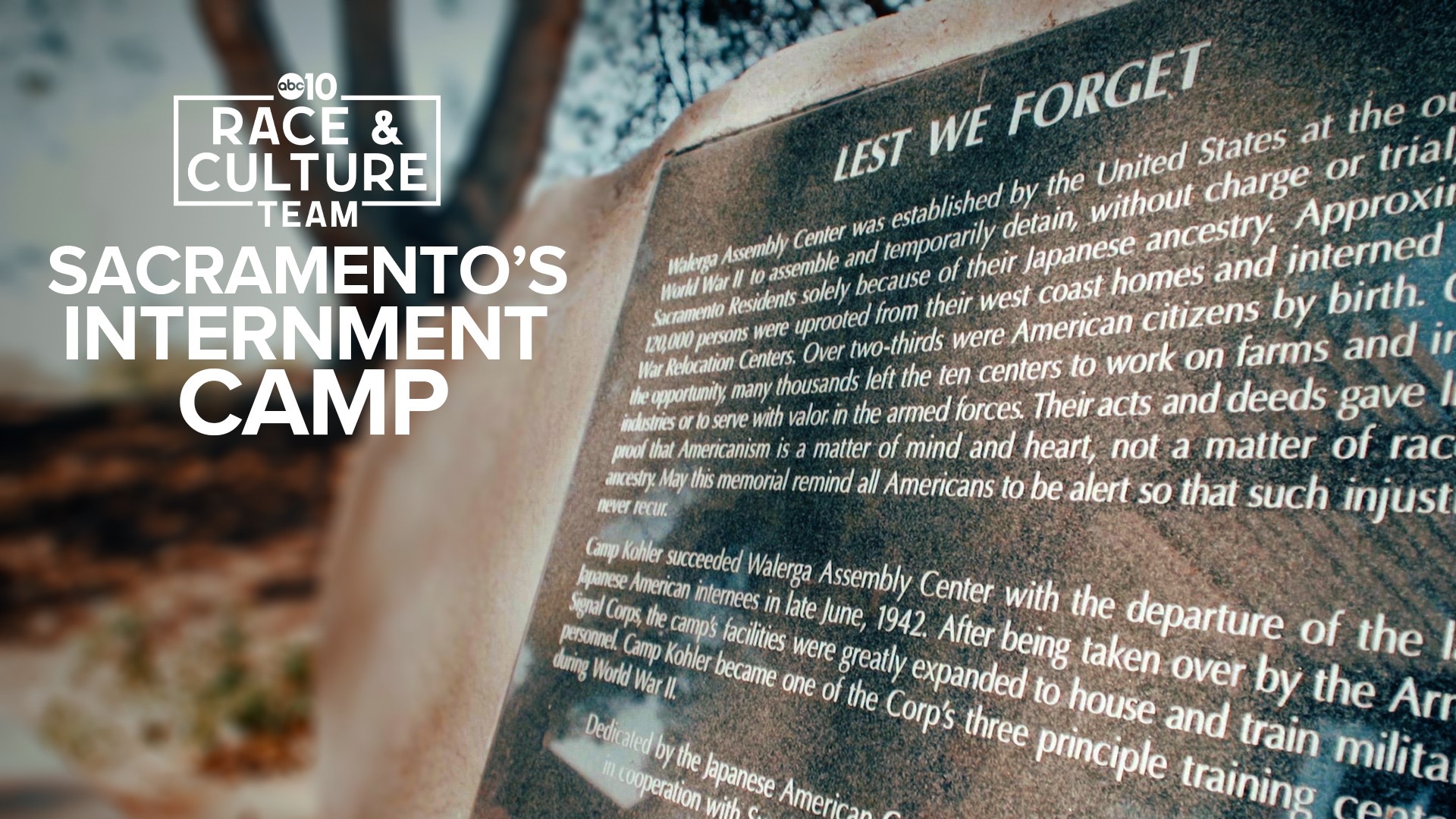 SACRAMENTO, Calif. — In 1942 interstate 80 didn’t exist in Sacramento. Back then, the land below the concrete and asphalt would looked much different. In 1942 a dark time in American history was underway a dark time that Janice Yamaoka Luszczak says Sacramento would play a part in it. “There was a lot of prejudice building up over the years. Lots of discrimination,” says Luszczak.

Luszczak is historian and Sacramento Chapter president of the Japanese American Citizens League. She says, there’s little trace of it now but at the start of World War Two Walerga Park off Palm Avenue and I-80 was once a temporary detention center that housed nearly 5,000 Japanese-Americans. “Some people were thinking this was going to be like what the Germans were doing, and they were exterminating people. Those were the rumors going around.”

Japanese-Americans were not exterminated but following the attack on Pearl Harbor, President Roosevelt ordered all people of Japanese descent to be incarcerated. “People started saying 'maybe these people are like the people over in Japan. Maybe they’re spies,'” says Luszczak

More than 120,000 Japanese, many American citizens, were forced to leave their homes and possessions and move into internment camps, many of which weren’t built yet. Walerga Park was one of 10 temporary detention centers--or assembly centers as they were called--built on the West Coast. “They were held for a few months then assigned to Tule Lake,” says Luszczak. “It took them a while to build the camps at Tule Lake and at Manzanar so this was a waiting place while that finished.”

Once used to house migrant farm workers, the wooden barracks at Walerga Park were often in deplorable condition. “They didn’t have any modern conveniences. The toilets were just a bench," says Luszczak.

Information traveled slowly in the Walerga but Luszczak says, thanks to interned Japanese-American journalists, a small newsletter was distributed to inform the incarcerated. “Basically, to inform people who was coming in and who was going.”

The Walerga was only used as an assembly center for a few months but much of its history was forgotten after the land it was on was renamed Camp Kohler and used as a temporary military training facility.

Today, hundreds if not thousands of cars pass by Walerga Park every day and the only reminder that interment took place at this park is a stone monument. A written reminder of the dark history that happened here was wrong and we as a society should never let it happen again.

“I would just like people to remember that we have constitutional rights,” says Luszczak. “They had rights, and the government ignored it and went against it.”