Words Matter: How the words you use affect the way you think 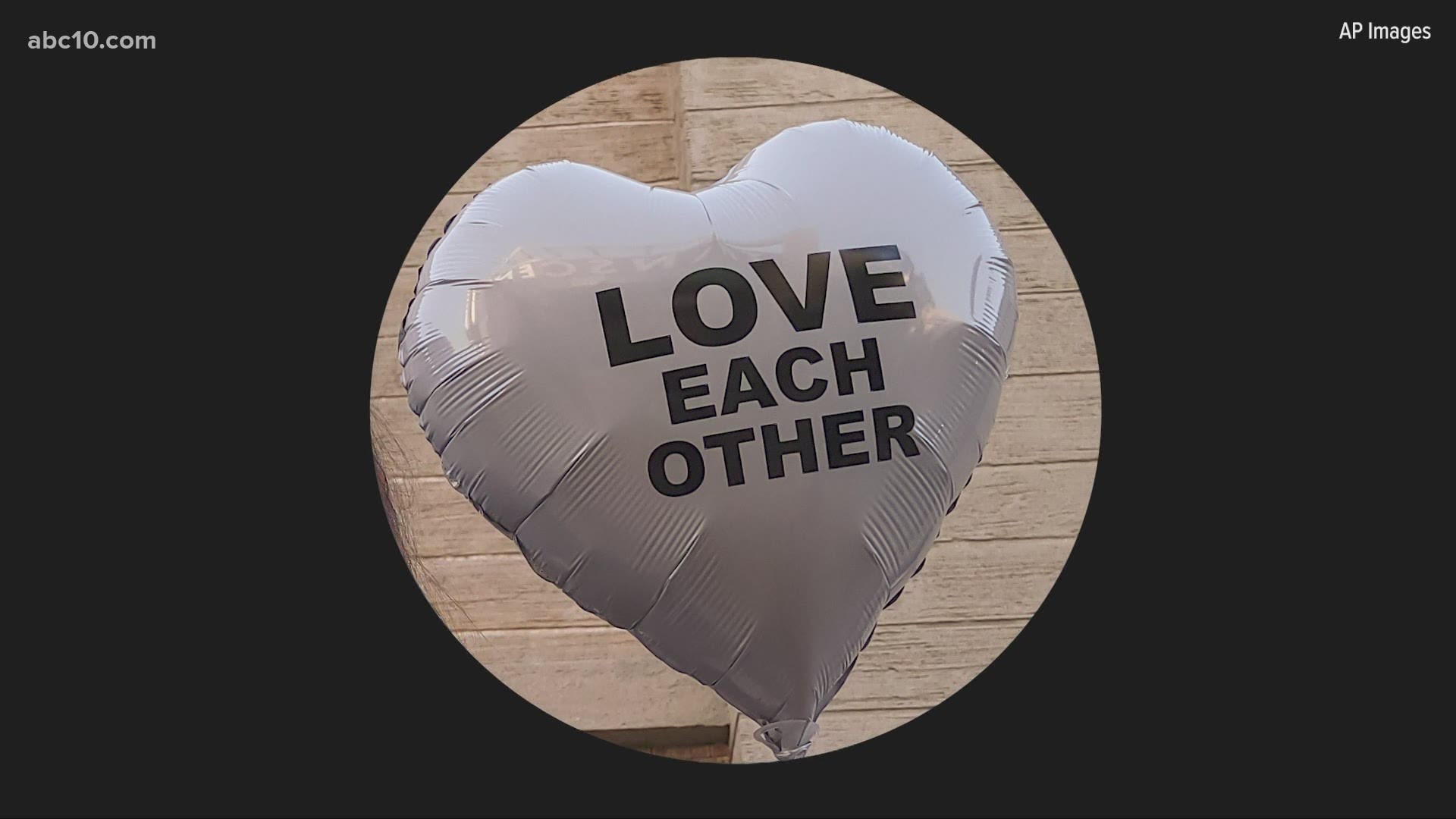 According to WHO, a disease name should consist of generic descriptive terms based on the symptoms the disease causes, such as respiratory disease. Terms that should be avoided in disease names include geographic locations, people’s names, species of animal or food, cultural, population, industry or occupational references, and terms that incite undue fear. Diseases are often given common names by people outside of the scientific community. WHO also explains once disease names are established in common usage through the internet and social media, they are difficult to change.

“In recent years, several new human infectious diseases have emerged. The use of names such as ‘swine flu’ and ‘Middle East Respiratory Syndrome’ has had unintended negative impacts by stigmatizing certain communities or economic sectors,” said Dr. Keiji Fukuda, Assistant Director-General for Health Security, WHO. “This may seem like a trivial issue to some, but disease names really do matter to the people who are directly affected. We’ve seen certain disease names provoke a backlash against members of particular religious or ethnic communities, create unjustified barriers to travel, commerce and trade, and trigger needless slaughtering of food animals. This can have serious consequences for peoples’ lives and livelihoods.”

The labels do not replace existing scientific names, which convey important scientific information & will continue to be used in research. The naming system aims to prevent calling #COVID19 variants by the places where they are detected, which is stigmatizing & discriminatory. pic.twitter.com/MwWGGMXPjn

Consequently, the WHO recommends using the phrase “COVID-19” to describe the disease associated with the severe acute respiratory syndrome coronavirus 2 (SARS-CoV-2) on February 11, 2020. Viruses, and the diseases they cause, often have different names. For example, HIV is the virus that causes AIDS. People often know the name of a disease, but not the name of the virus that causes it. The final name of any new human disease is assigned by the International Classification of Diseases (ICD), which is managed by WHO. ICD is used by doctors, nurses, researchers, health information managers and coders, policymakers, insurers and patient organizations around the world to classify diseases and other health problems.

The WHO recently announced a new naming system for key COVID-19 variants. The established nomenclature systems for naming and tracking SARS-CoV-2 genetic lineages by GISAID, Nextstrain and Pango are currently and will remain in use by scientists and in scientific research. WHO convened a group of scientists from the WHO Virus Evolution Working Group, the WHO COVID-19 reference laboratory network, representatives from GISAID, Nextstrain, Pango and additional experts in virological, microbial nomenclature and communication from several countries and agencies to consider easy-to-pronounce and non-stigmatizing labels for variant of interest (VOI) and variant of concern (VOC). The goal of the naming system is to prevent calling #COVID19 variants by the places where they are detected, which, WHO explains, is stigmatizing and discriminatory. The aim is to also assist with public discussions of variants. The group of experts recommends using letters of the Greek Alphabet, such as Alpha, Beta, and Gamma, which will be easier and more practical to be discussed by non-scientific audiences.

Association of “#covid19” Versus “#chinesevirus” With Anti-Asian Sentiments on Twitter: March 9–23, 2020 https://t.co/wYXsbmHU9O

The American Journal of Public Health recently published a study titled “Association of "#covid19" Versus "#chinesevirus" With Anti-Asian Sentiments on Twitter: March 9–23, 2020.” It examines the extent to which the phrases, "COVID-19" and "Chinese virus" were associated with anti-Asian sentiments. A group of researchers, including professors at the University of California, San Francisco and University of California, Los Angeles, collected data from Twitter’s Application Programming Interface. It included the hashtags “#covid19” or “#chinesevirus.” The team analyzed tweets from March 9, 2020, to March 23, 2020, corresponding to the week before and the week after President Donald Trump’s tweet with the phrase, “Chinese Virus.”

“Words do matter,” said Andy Noguchi, Co-President, Japanese American Citizens League (JACL), Florin Chapter. “Asian Americans are not a virus. When you have people labeling COVID-19 as the China-flu or Kung-flu, like Donald Trump did, it causes a lot of divisions. If anything, it hurts our efforts to protect our public health.”

Our latest report is out. In the thirteen months leading up to March 31, 2021 Stop AAPI Hate received 6,603 reports of hate incidents directed at Asian Americans and Pacific Islanders. (1/5)

According to Stop AAPI Hate, a national coalition addressing anti-Asian racism across the U.S., 6,603 anti-Asian hate incident reports have been reported to the organization between mid-March 2020 when the pandemic began to March 31, 2021. The number of hate incidents reported increased significantly from 3,795 to 6,603 during March 2021. About 40% of the hate incident reports in the past year occurred in California. The top reported types of discrimination against Asian Americans and Pacific Islanders included:

“Donald Trump didn't invent anti-Asian hate speech,” Noguchi said. “That existed even before the 1882 Chinese Exclusion Act in the United States. 140 years ago, they used the term Yellow Peril. It led to many increased discrimination, violent attacks, murders, lynching, and the burning of Chinatowns in the U.S. During World War II, my family was imprisoned in America's World War II concentration camps, along with 120,000 other Japanese Americans. They labeled Japanese Americans as non-aliens. Non-aliens are U.S. American citizens. So, people like my mother and father who are born and raised here, American citizens, were blamed for the actions of Japan and that resulted in people being locked up. The government used the term evacuation for removing people. It was forcibly evicting. The government also labeled the World War II camps as relocation camps. People were forcibly imprisoned.”

"I am a Chinese American," said Greg Jung, VP of Membership Services, OCA Sacramento. "Back in the 1800s, Chinese around the Central Valley fled their communities because they were being kicked out and ostracized. The residents of these communities felt the Chinese were dirty, carried diseases, ate weird animals, and got sick. In 1893, The Folsom Telegraph newspaper said that the Folsom Chinatown was "full of sickly heathens. So, back then, words matter. Last year, I was wearing my mask, going into a store, and while walking into the store, a gentleman walked out of the store. I said 'Good morning.' He looked at me and he said, "F-you and the C-word." I haven't been called that word in over 40 years. I was hurt. I had to continually ask myself, 'Why was I called that name?' Going forward to 2021, the majority of the hate crimes that have been filed have been in California. President Biden commented, very emotionally, 'Speak out, speak up, don't be complicit.' We have the "COVID-19 Hate Crime" bill that has been, bipartisan approved, signed by the president. It is now law. In this law, it will make it easier for people of color if they need help. There will be resources from the Department of Justice, FBI, local law enforcement and communities to provide help."

"Do words matter? Absolutely,” said Dr. Vaidehi Ramanathan, Professor, Department of Linguistics, UC Davis. “Linguistics is a field that addresses language in the world. It also addresses language and the brain. Language and words can profoundly shape thought and action. It's called the Theory of Linguistic Relativity. It isn't just the words that we communicate content. We communicate how we want the content to be interpreted. And, that would mean stress, pitch, volume, and speed. It is with language that we make or break relationships, whether those relationships are one-on-one or between cultural groups or across nations. If you want to be an effective communicator, you have to pay attention to the words you choose. For example, words like massage parlor trivialize the kind of work that Asian-American women have been associated with. The connotations around massage parlor bring up a whole range of sexualized meanings that a word like spa simply does not. Everything about language use is a matter of choice. You can choose to say something in a certain way, just as you can choose to be destructive via words. If words have the potential to be destructive, they have the potential to unify."