If the coroner is correct, her death would be the first of its kind on record, not only the country but in the entire world, begging the question – is it possible? 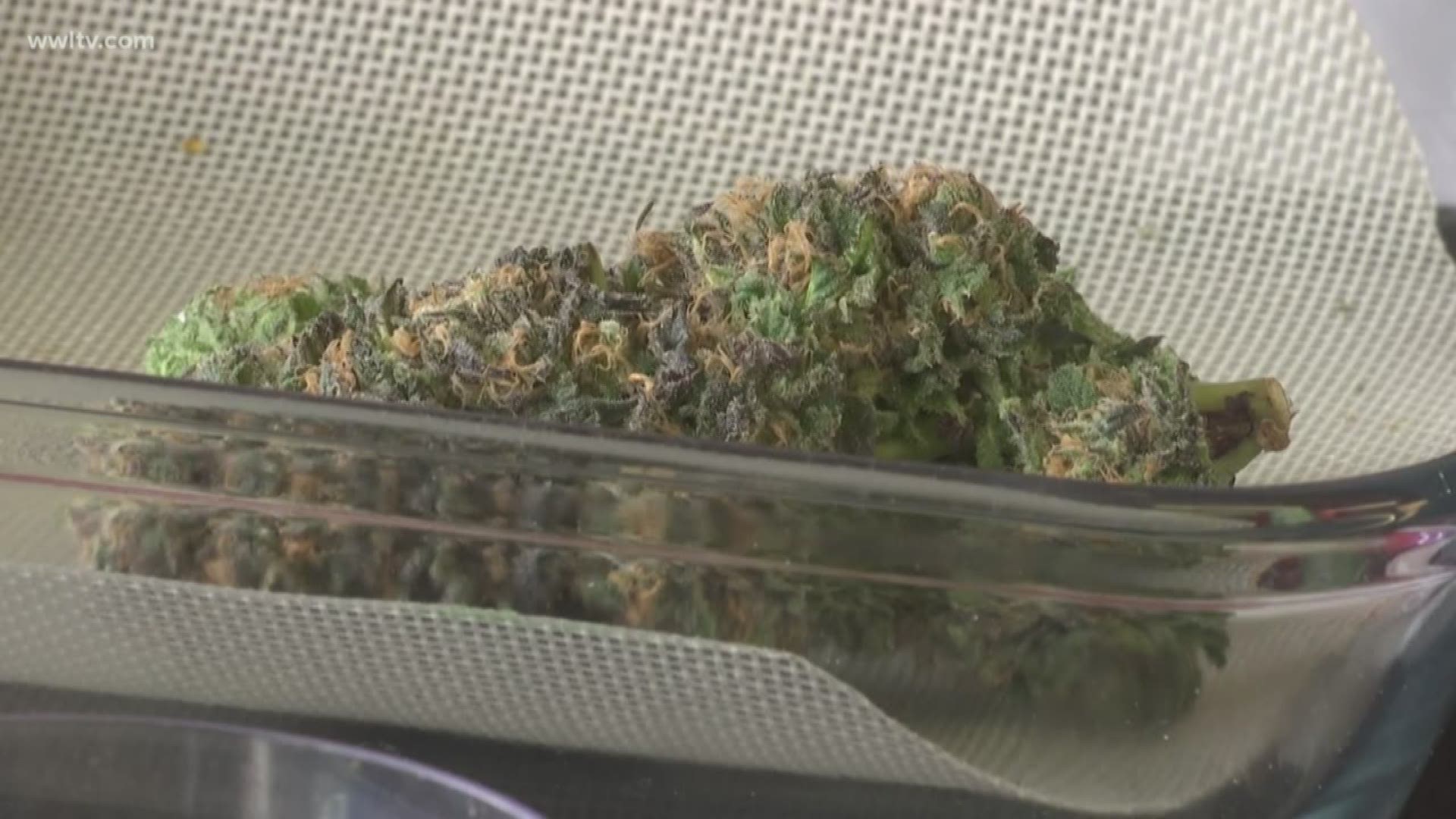 ST. JOHN THE BAPTIST PARISH, La. — The story of a woman dying from what one coroner says is an apparent THC overdose in St. John the Baptist Parish is turning heads.

If the coroner is correct, her death would be the first of its kind on record, not only the country but in the entire world, begging the question – is that even possible?

This "medical mystery" started with an unexplained death in February. A 39-year-old woman was found dead in her LaPlace apartment.

From the start, the St. John Coroner said he knew it would be a hard case to solve.

“I knew this was very unusual because I was expecting maybe elevated alcohols or some other drug,” Dr. Christy Montegut said. "My office went to the scene and found an individual deceased laying on the sofa."

Montegut said the investigators couldn’t find any clues that could explain her death around the woman’s home. So, they ordered an autopsy.

The autopsy showed the woman had relatively healthy organs and no signs of illness. The coroner expected alcohol poisoning, but when the toxicology report came back he noticed one compound was unusually high.

“I was kind of surprised that the only thing we found was elevated levels of THC,” Montegut said.

Delta 9 Tetrahydrocannabinol is the main active ingredient in marijuana. The woman’s boyfriend told investigators that she used a marijuana vaping pen.

“For marijuana to show up positive on our toxicology test, the level has to be greater than 0.5,” Montegut said.

According to Montegut, the woman’s THC level was 8.4 nanograms per milliliter of blood,15 times the detection threshold.

The woman's vaping pen was not recovered, so Montegut studied vaping products available online. He said he found some that had 70-80 percent THC. For context, a traditional marijuana cigarette, commonly known as a joint, typically contains about 10 percent THC.

“At high levels, marijuana can cause respiratory depression, which means a decrease in breathing, and if it’s a high enough level it can make you stop breathing,” Montegut said.

By process of elimination, he concluded the cause of death was a THC overdose.

However, according to the police report, the woman’s boyfriend said she had gone to the ER three weeks before she died because of a chest infection. She went home with only a prescription for over the counter Mucinex and Robitussin D.

While the research is limited, there are no cases of people dying from Marijuana on record. Multiple doctors contacted by Eyewitness News had not heard of any cases.

“My first reaction is – OK, a possibility there are still other factors that could be involved,” Dr. Noah Kaufman said.

According to Kaufman, THC should not affect breathing because of the way it enters the body’s system.

"However it can cause extreme anxiety. It can cause heart palpitations and an increase in your heart rate," Kaufman said.

He also said it’s possible that other drugs weren’t picked up by the toxicology test. The woman’s body also might handle THC different than other people.

"THC is becoming so powerful these days that we are kind of playing with fire a little bit, and there may be more and more and more people that start to have some kind of an adverse reaction," he said.

"Everything looked above the board, and the only thing they found was the THC in the blood and so they made an association," Kaufman said.

But he also noted that it’s not impossible for THC to kill someone, especially if there’s an underlying issue. In fact, he says marijuana use is becoming more dangerous.

Montegut stands by his conclusion though.

"I'm 100 percent sure of the readings we've found,” he said. “I definitely did some research before I came to the conclusion that this was the cause of death."