The bust happened at a home in the 1600 block of Richard Avenue. Police found six outbuildings each containing marijuana plants and processed marijuana. 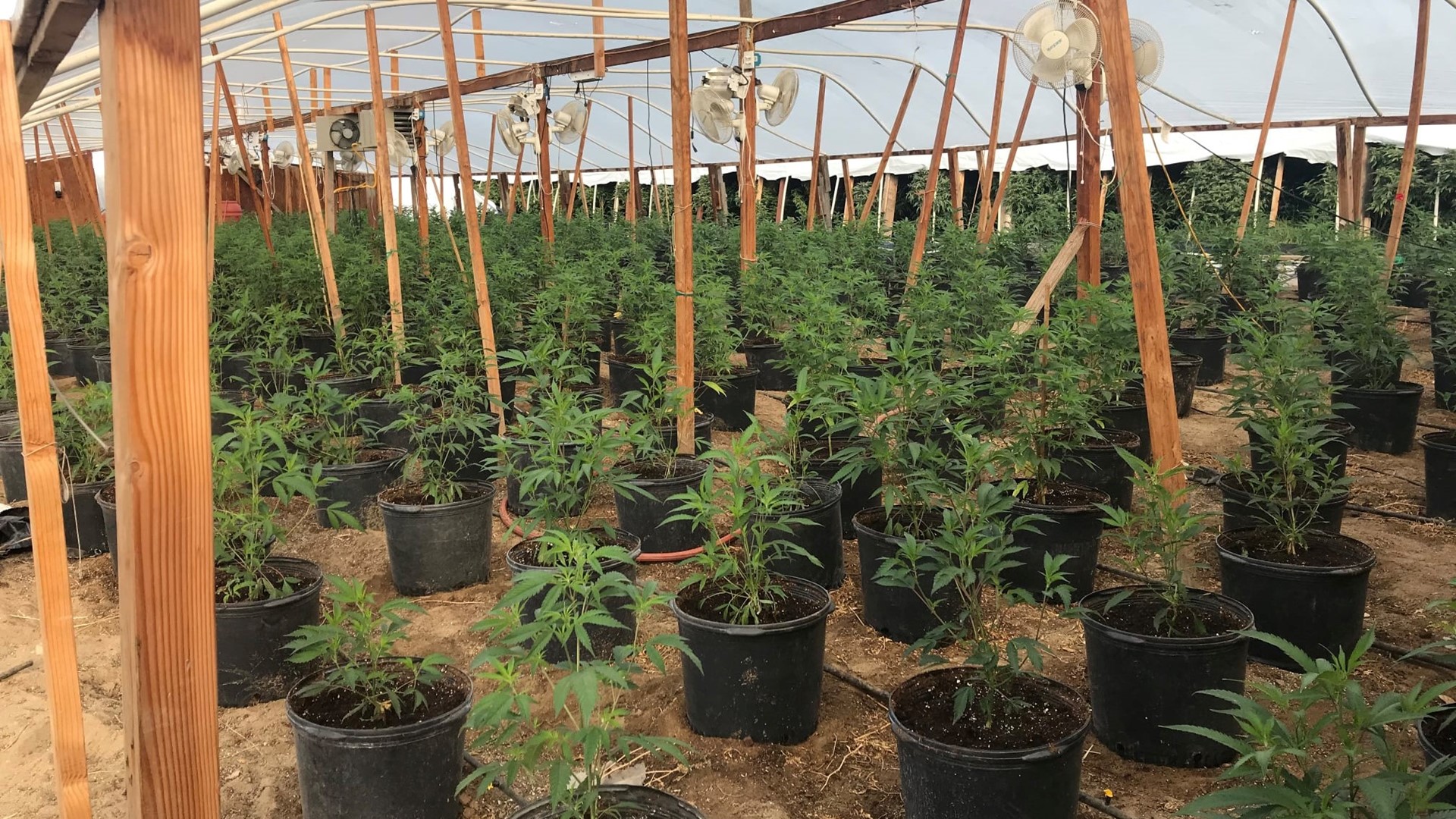 CERES, Calif. — Ceres Police and the Stanislaus County Sheriff's Office made a major drug bust around 7 a.m. on Monday.

The bust happened at a home in the 1600 block of Richard Avenue. Police found six outbuildings each containing marijuana plants and processed marijuana.

Twelve people were arrested during the raid. Investigators have not identified any of those people.

“Wow! I knew it was something bad when I heard the loud boom,” Stephanie Butler, a neighbor, wrote on Facebook.

Butler said she lives right down the street and said it always smelled bad when she drove by.

And keep in mind, just this year a new law aiming to tackle illegal marijuana grows cleared the way for new fines for people accused of breaking local cannabis laws, including renters and even their landlords.

Assembly Bill 2164 means landlords could get stuck with fines because of their law-breaking tenants. Lawmakers say it is going to help local leaders react faster to illegal growing.

"Because that's actually the way you will discourage this sort of conduct and ultimately that plays very strongly in ultimately just maintaining local community quality of life," Cooley said.

As for Monday’s operation in Ceres, the investigation continues. If you have any information about the case, give Ceres Police a call.