On Monday, detectives discussed a bag of women’s panties, massage oil and other things found in his personal storage unit and on Tuesday, attorneys let him explain. 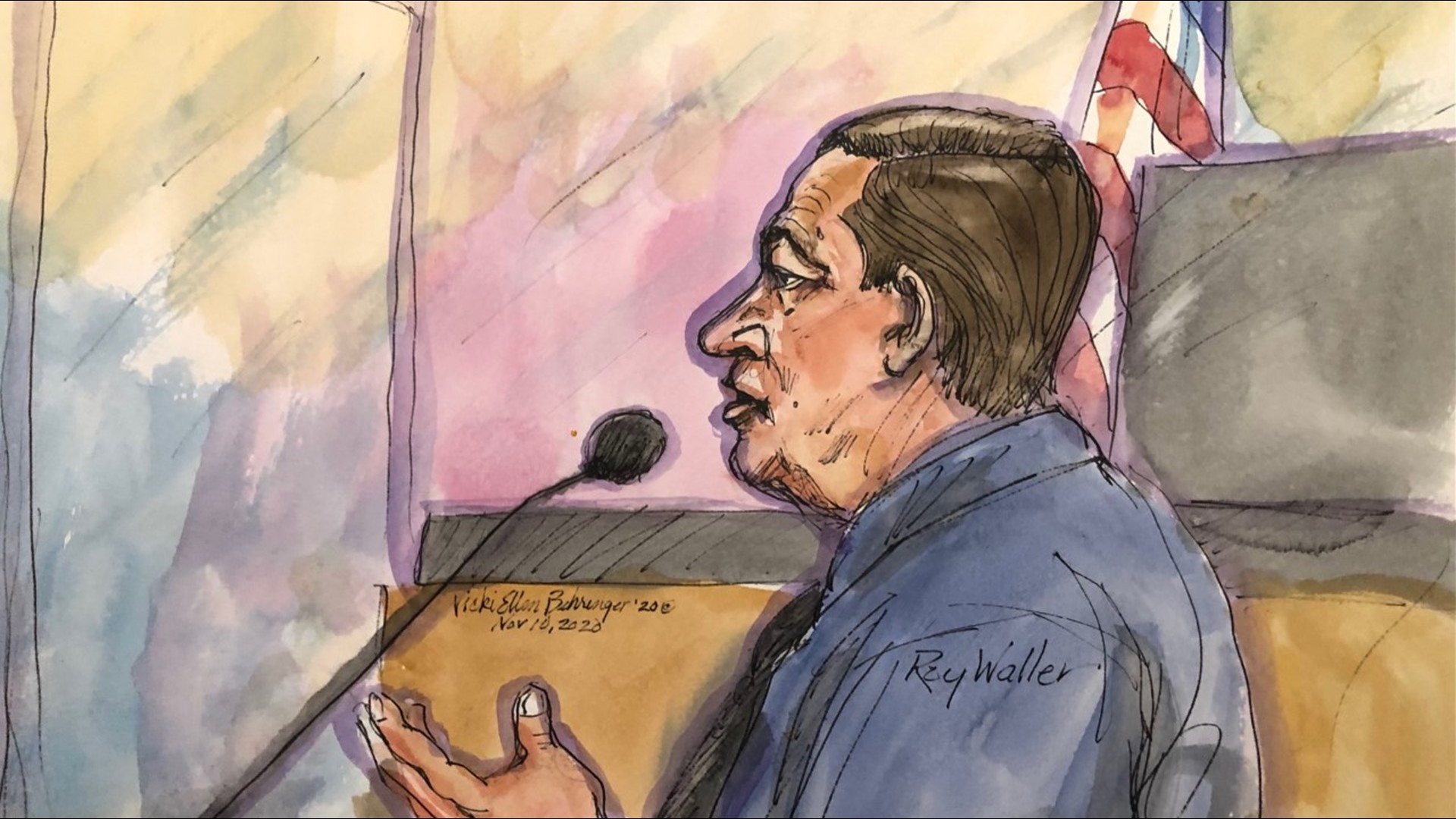 SACRAMENTO, Calif. — Three and a half weeks into the trial for the accused “NorCal Rapist” 60-year-old Roy Charles Waller, in Sacramento, Waller himself was called to the stand by the defense late in the afternoon on Tuesday, as the final witness.

Waller is facing 46 criminal counts, including 21 rape charges across Northern California, some dating back to nearly three decades. He was only on the stand for about 20 minutes before court wrapped for the day.

They talked about his multiple marriages, having two daughters, working for U.C. Berkley for more than 25 years, and even talked through his online dating choices and preference for Asian women.

On Monday, detectives discussed a bag of women’s panties, massage oil, and other things found in his personal storage unit, and they let him explain where they came from.

"I did a lot of dating and I dated this one woman who we'd go out of town a lot and we had a bag that we would take that had massage oil, bubble bath, bottles of wine, so we'd go to different places," Waller said. "They'd just get thrown in this bag. She always liked to buy new lingerie and that's just where they were."

Waller said they belonged to a long-time ex-girlfriend who would bring that bag with them on trips. He said when they broke up years ago, it apparently landed in the storage unit.

Other highlights from court came from hearing from a witness in the Sacramento County crime lab who was able to match Waller’s DNA from a used straw on a fast-food cup to patches of fabric like comforters, pillowcases, and underwear, as well as vaginal swabs from a number of rape kits from women involved in this case.

Detectives also confirmed Waller attempted to take his own life three times when he was left alone in the interrogation room at some point after being taken into custody by Sacramento Police two years ago.

Investigators called to the stand also discussed evidence of countless emails Waller had apparently sent to women across our area who were seeking female roommates. Through those emails, he was able to obtain information like their ages, ethnicities, floorplans, the time of day they might be home, actual addresses, and in many cases, printed out maps to women's homes.

"I pray to God that he's convicted and he won't do it to anybody else. It's sad that everybody has had to keep living this nightmare but like I tell everybody, I always try to say, he's not going to put me in my own jail," Theresa Lane, a victim who claims Waller raped her in her Vallejo home 28 years ago said.

The trial will continue on Thursday morning at 9 a.m. where examination of Waller on the stand is expected to continue. Courts are closed on Wednesday because of Veteran's Day.

After that, 12 jurors that have been inside the courtroom each day over the past three and a half weeks will go into jury deliberations where they must reach a unanimous verdict. If convicted, Waller could face life in prison.