It is the first time the company has taken legal action against a guest for throwing an unauthorized party, Airbnb said in a press release. 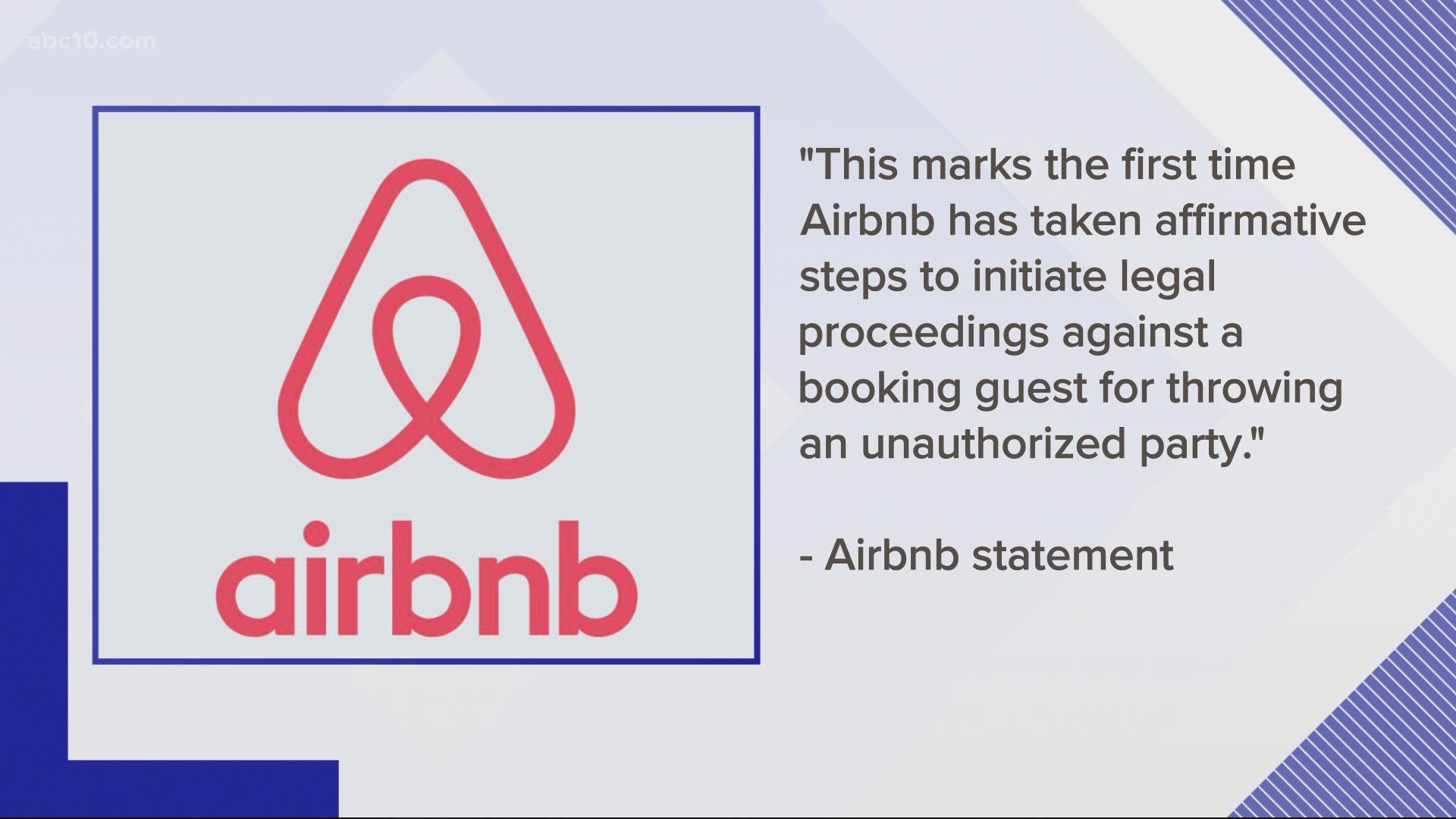 SACRAMENTO, Calif. — Airbnb is filing suit seeking damages against the guest who held a house party in Sacramento that ended with three people being shot.

It is the first time the company has taken legal action against a guest for throwing an unauthorized party, Airbnb said in a press release.

The party was being held at an Airbnb home near Howe Avenue and Delma Way. Police responded to a shooting at the home in the early morning hours of August 9.

The Sacramento County Sheriff's Office said they received multiple 911 calls from the area about people being shot around 1:15 a.m. At the time, deputies said the three victims were all taken to area hospitals in stable condition.

Airbnb wouldn’t release the guest’s name, but spokesperson Ben Breit told ABC10 that the company had temporarily deactivated the listing pending an investigation. Airbnb did not say whether or not they will pursue any legal action against the homeowner.

In addition to suing the guest, Airbnb says they’ve also permanently removed that person from ever using the platform again.

In a statement, the company wrote, “Airbnb has no tolerance for unauthorized parties, which are expressly banned in its Community Standards. The company recently shared out an initiative that restricts some U.S. guests under the age of 25 from booking entire home listings in their local area. Additionally, the company has expanded its risk detection efforts aimed at stopping unauthorized parties. Airbnb also bans "party houses" and has instituted a 24/7 neighborhood support hotline for neighbors to directly communicate concerns and help us enforce that policy.”

The company said it will donate any money it receives from the suit to a local Sacramento non-profit against gun violence. That non-profit will be chosen in collaboration with leaders of the Airbnb host community, the company said.

Airbnb has been trying to clean up its image as it prepares for an initial public offering of its stock. The IPO, which was delayed by the coronavirus pandemic, could still take place later this year.