The San Joaquin County Sheriff's Office said the man's kitchen had been converted into a makeshift surgery room. 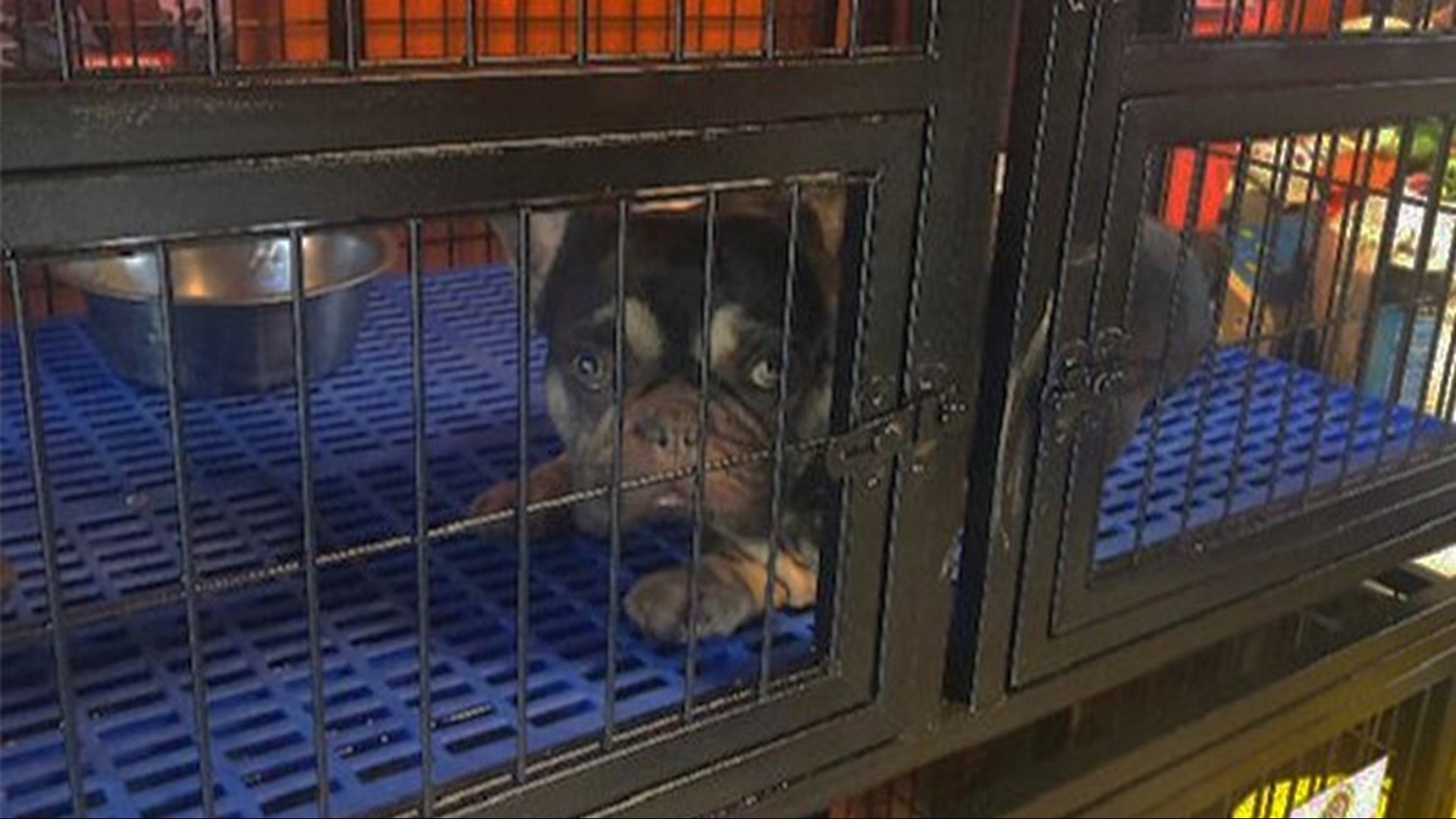 Pedro Maldonado Victorio was charged with two felony counts of transporting prescription drugs used for anesthetics and pain purposes, one felony count of animal cruelty and one misdemeanor count of practicing veterinary medicine without a license.

Victorio pleaded not guilty to all four counts. His bail was reduced to $15,000, but he's required to wear a GPS ankle monitor.

Victorio's next court date is Feb. 19 at the San Joaquin County Superior Court.

A man was booked on animal cruelty charges after allegedly performing illegal surgeries for a puppy mill in Lathrop, the San Joaquin County Sheriff's Office said.

In a news release from sheriff's spokesperson Andrea Lopez, she said Pedro Maldonado Victorio was arrested on charges of animal cruelty, practicing veterinary medicine without a valid license, and transporting controlled substances. Lopez said he allegedly did breeding-related operations on pregnant dogs.

Lopez said a person called authorities after seeing English Bulldog puppies escaping from a home on the 2000 block of E. Louise Avenue and two men leaving the home wearing "what appeared to be bloody rubber gloves" on Jan. 25.

When deputies got to the home, Lopez said they found Maldonado Victorio's kitchen had been converted into a makeshift surgery room. Authorities said they also found narcotics and at least a dozen dogs.

Deputies said Maldonado Victorio, the homeowner, was already being investigated by Manteca Animal Services for allegedly performing animal surgeries without a license.

Deputies did searches at multiple places in Lathrop and Manteca, which they say revealed more evidence of illegal surgeries and $13,000 in cash.

As a result of the searches, authorities were able to rescue an additional 18 dogs, a mix of English and French Bulldogs, but also found the remains of dead dogs.

Lopez said the dogs were kept in overcrowded kennels and half of the surviving dogs required treatment from a veterinarian.

Authorities are looking for potential victims in the case. Anyone who purchased a dog from Maldonado Victorio or had him perform surgery on your pet can call law enforcement.