30 dogs were rescued from two different locations where illegal vet operations were being performed at what police call a puppy mill. 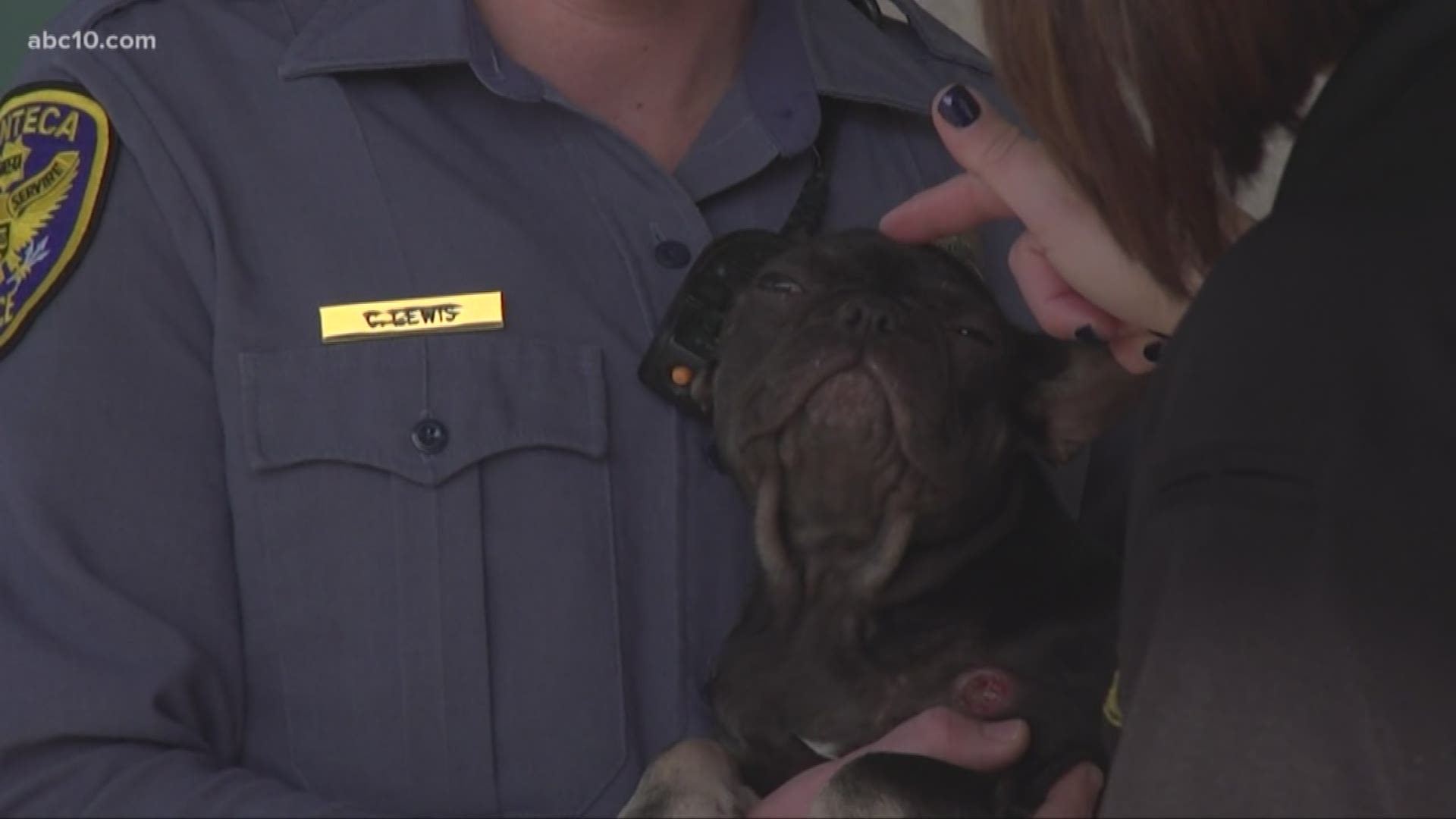 Authorities said a woman called them after seeing Bulldog puppies escaping from a home on the 2000 block of E. Louise Avenue and two men leaving the home wearing "what appeared to be bloody rubber gloves" on Jan. 25.

"These animals are innocent victims, people think 'Oh, it's just a dog,' but that's what you need to look at. It is a dog, and they have all the rights too," Lt. Stephen Schluer of Manteca Police Department said.

30 dogs made it out alive from what police call an illegal vet operation.

"What we want to get across here is that this was a puppy mill. It is nothing but that. It was operations that (were) being performed, (and) dogs were being put into heat shortly after those operations... this is not OK," Schluer said.

Officials say all of these dogs are being treated as evidence, and they're not available for adoption right now or anytime soon as most are still undergoing extensive medical treatment.

"The actual vets we have spoken to say that these operations were done so poorly, that the incisions for these c-sections were never truly healed, extensive nerve damage is believed to be found for most of the females," Chief Ryan Biedermann of Lathrop Police Services said.

Police in the area said they would see cars come and go from the suspect's home at all hours, which is the same location where 18 dogs were rescued.

12 other dogs were rescued from a home in Lathrop where police say the illegal vet operations were performed. Authorities said they also found three dead dogs and other parts in the recycling bin.

"We deal with animal abuse, animal cruelty all the time, but this was kind of a new one," Biedermann said.

Police said a third location in Manteca filled with kennels was being used as a storefront. Although no dogs were found here by authorities, neighbors claim dogs were here all the time.

"The one we saw the most was French Bulldogs," Jessie Nelson, an assistant manager for Fantastic Gymnastics said.

The gymnastics gym next door said they had no idea this was happening.

"We're all a community, but I never thought about ever checking on somebody for something like that," Nelson said.

Authorities are looking for potential victims in the case. Anyone who purchased a dog from Maldonado Victorio or had him perform surgery on your pet can call law enforcement.