The bill, if passed, would give a judge the liberty to prosecute the suspect with a misdemeanor or felony, regardless of what the dollar amount of what was stolen. 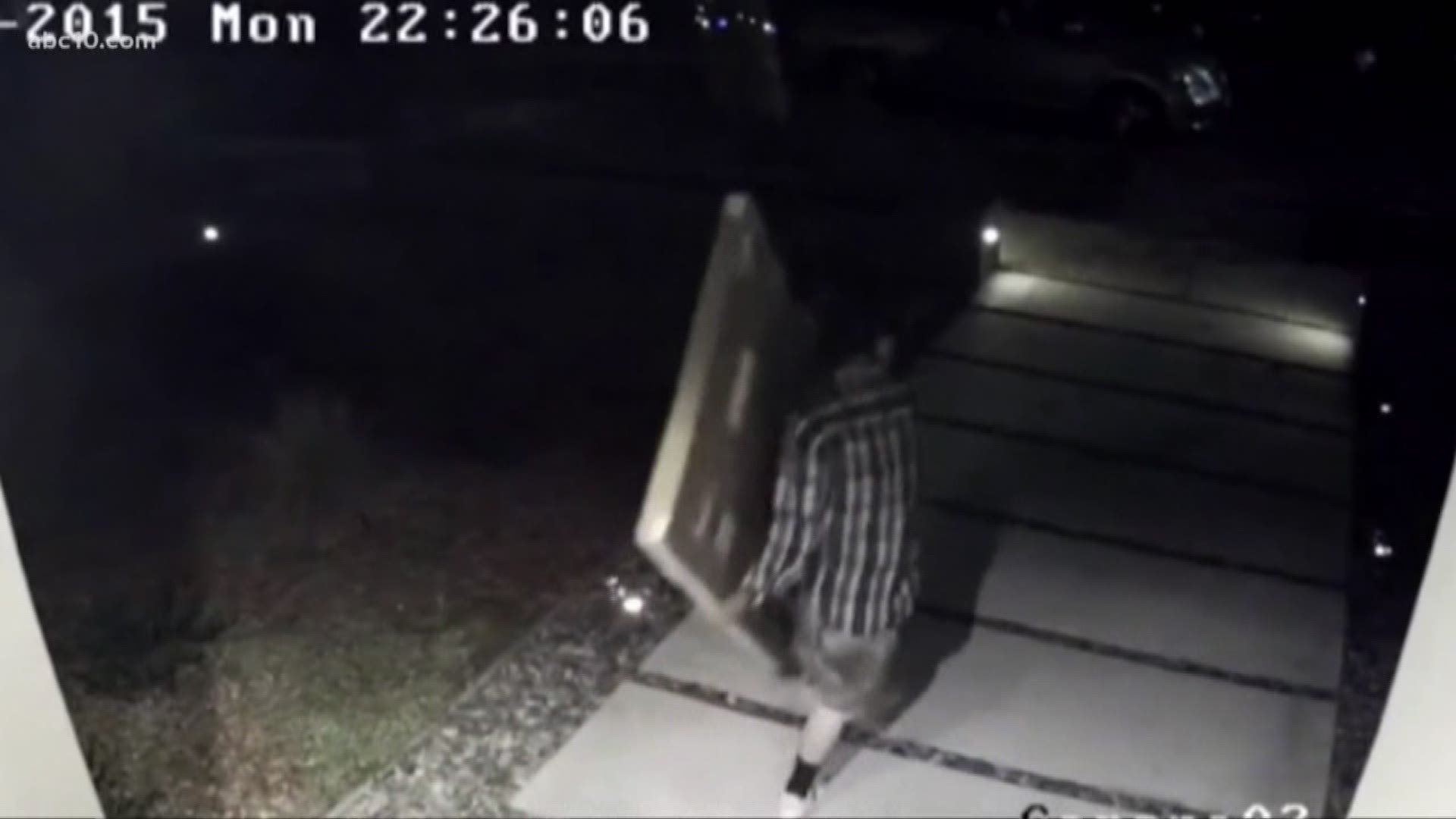 SACRAMENTO, Calif. — A spike in "porch pirate" thefts caused one California lawmaker to craft a new bill that would make penalties stiffer for those who are caught in the act.

Sen. Brian Jones introduced Senate Bill 979 which aims to crack down on package thefts, commonly referred to as porch piracy. Ultimately, it will give a judge the liberty to prosecute the suspect with a misdemeanor or felony, regardless of what the dollar amount of what was stolen.

"I knew that it had been becoming a problem in our community. We felt like this needed to be addressed to give DA's and police a tool to prosecute habitual porch pirates," said Jones.

The bill does two things: One, if you're entering someone's property with the intent to steal, that automatically becomes a crime. Two, on your third offense, it gives the district attorney and the police the ability to string those three offenses together, which could land the offender in prison.

Gabi Solis was a victim of porch piracy a few years ago. She ordered a hoverboard for her daughter's 8th birthday, only to find that the package had been swiped. After looking at her surveillance camera, she noticed someone stole her package right off the porch.

Solis is optimistic that this new bill will cut down on these types of crimes.

"I think it's a step in the right direction. Hopefully, it decreases the amount of porch piracy that goes on," Solis said.

If you're wondering when this bill will be implemented, it won't be any time soon. Jones says there are a series of steps and presentations they have to go through in the legislature before it is ready to be passed. The plan is for him to submit a final product to Gov. Gavin Newsom by the end of the year.