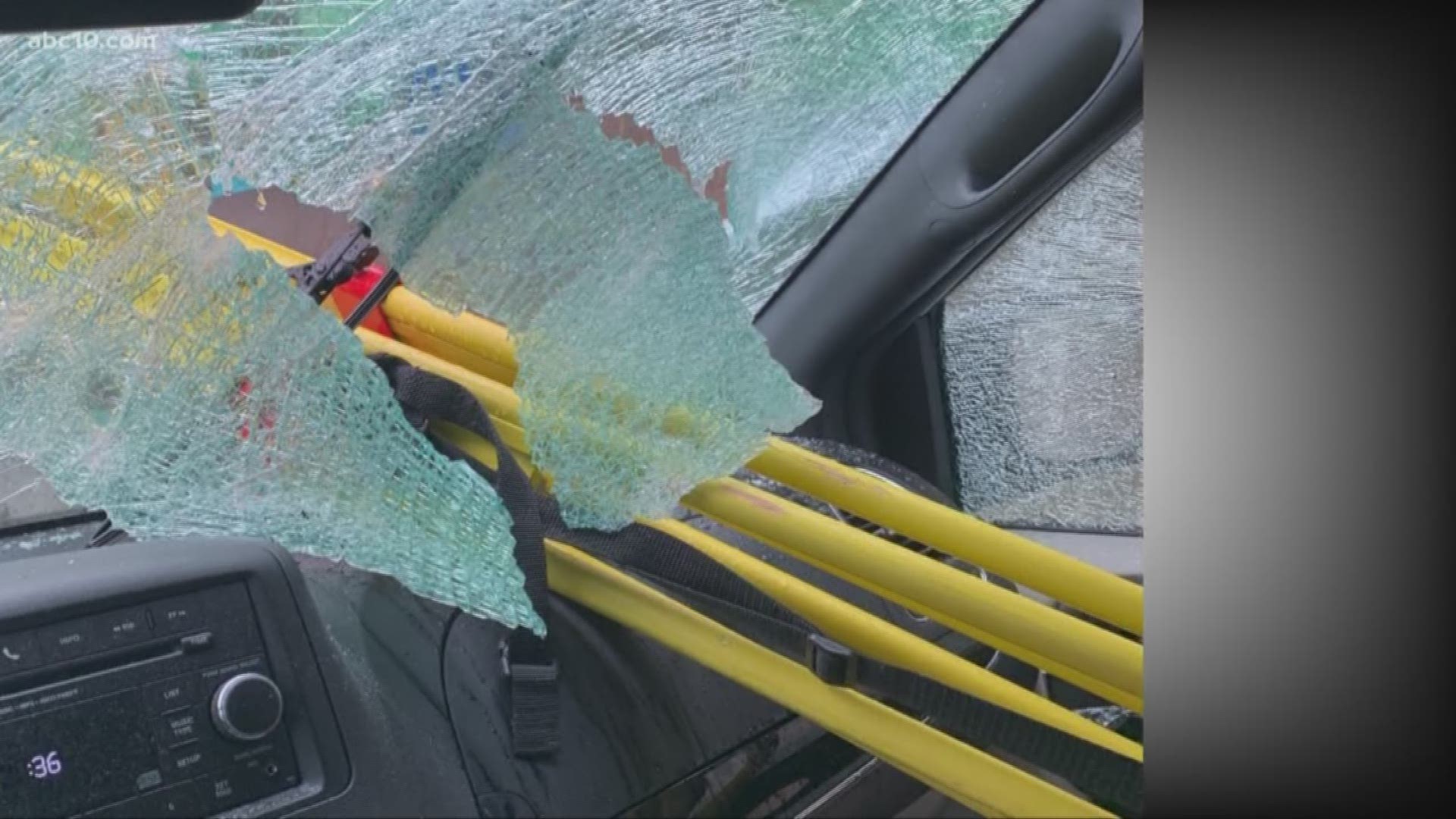 SACRAMENTO, Calif. — A stolen Caltrans tripod was thrown into the windshield of a vehicle driving on I-5 Thursday prompting an attempted homicide investigation, according to the California Highway Patrol.

The tripod was stolen from the corner of Neasham Circle and Front Street around 10:30 a.m. A few minutes later, the tripod was thrown from Second Street west of I-5. The tripod went through the windshield of a Chevy passenger van traveling southbound on I-5, according to CHP.

Passengers in the van were transported to UC Davis Medical Center for evaluation.

Credit: California Highway Patrol
The inside of a passenger van after a Caltrans tripod was thrown through the windshield.

Officers from the South Sacramento CHP Area office responded to the scene and viewed surveillance video of the incident. They identified the suspect as a white male wearing dark colored shorts, shirt and blue sneakers.

Sgt. B. Robinson spotted a man matching the description of the suspect around 1:20 p.m. The suspect fled when Robinson tried to make contact. Robinson eventually detained the suspect with the help of Officer M. Burgess after struggling with the suspect, CHP said.

The suspect was booked into the Sacramento County Jail for an active warrant and resisting a peace officer.

"This felony attempted murder investigation is ongoing and will be handled by Officer M. Burgess with assistance from officers from the South Sacramento CHP SIU team," according to a press release from CHP.

WATCH ALSO: WHY GUY | Why aren't there any guardrails on some of the local two lane roads?