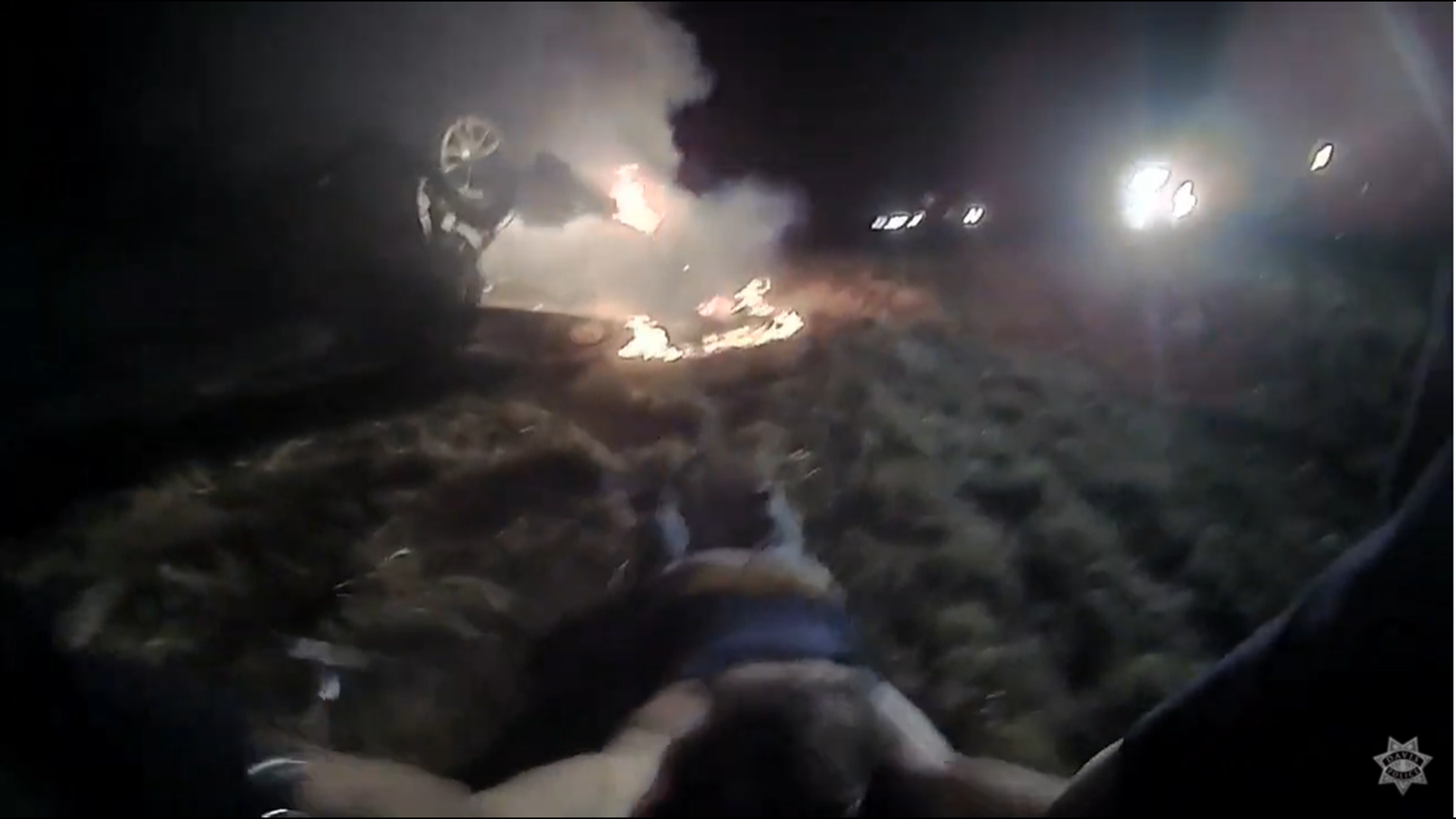 DAVIS, Calif. — A Davis Police officer is being praised for his quick, heroic action in pulling a suspected DUI driver from a burning vehicle near Interstate 80, late Saturday night.

According to police, Officer Pheng Ly was headed to the scene of a reported car fire on the eastbound side of I-80 near Kidwell Road. When he arrived, Ly found the vehicle overturned and indeed on fire, with flames engulfing the engine compartment and spreading into the passenger side of the car.

As Ly ran towards the car, he noticed the female driver was still trapped inside. Ly quickly pulled the woman from the wreckage just minutes before flames overtook the entire car, police said. Video of the rescue from the officer's body-worn camera can be seen below.

The woman, who has not been identified, was taken to the hospital and treated. The California Highway Patrol (CHP) took over the investigation and subsequently arrested the driver under suspicion of driving under the influence.

No one else was inside the car. Officer Ly was not injured during the rescue.

WARNING: This video may be considered graphic to some. Viewer discretion advised.