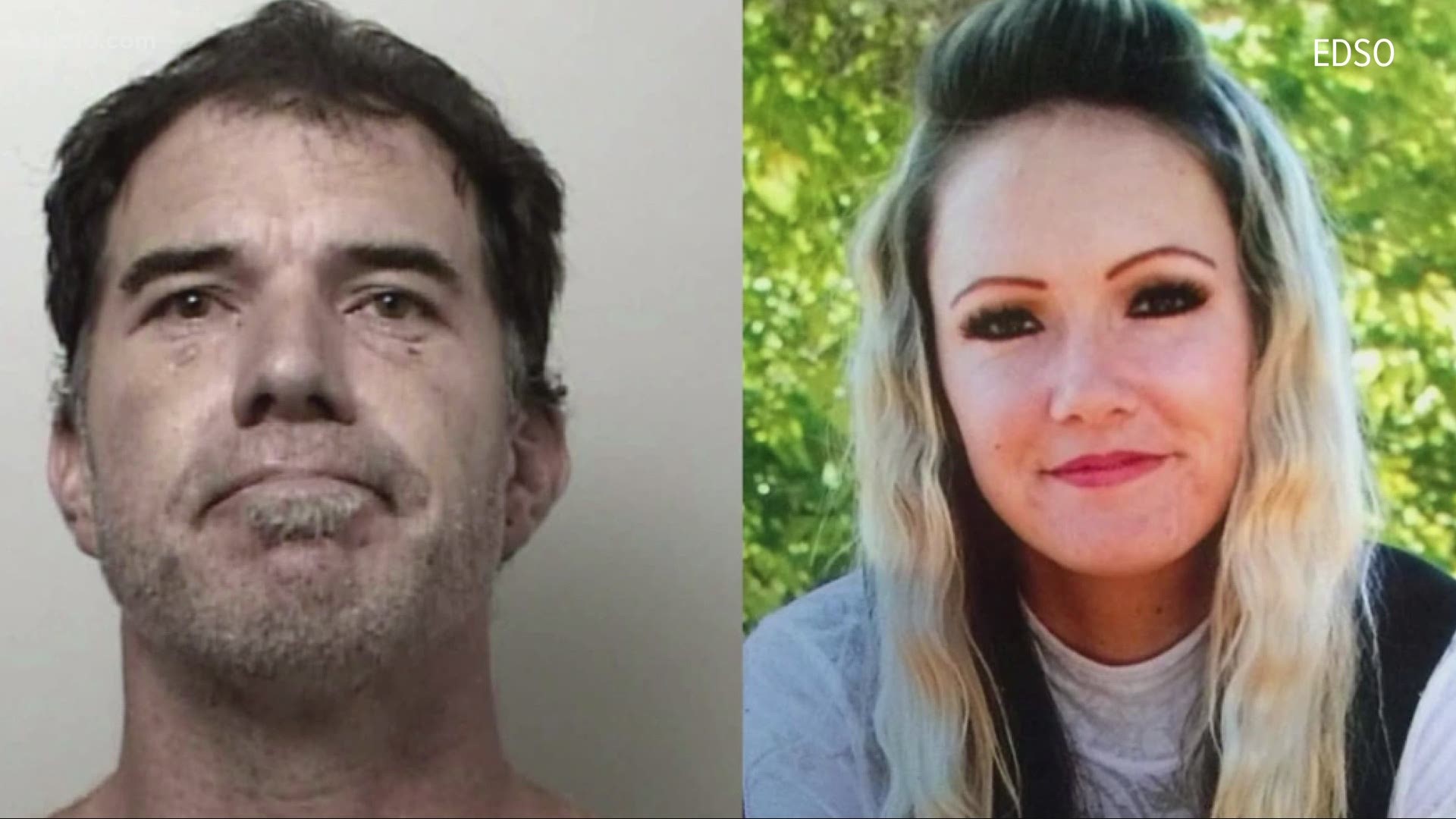 Heather Gumina was the missing person in an El Dorado County Sheriff's Office search effort dating back to 2019 that, according to the district attorney, was a cover-up effort by her husband after he killed her.

Citing a statement given by Gumina in court, officials said he admitted to slamming his wife to the floor, pressing down on her throat and arm, and keeping that position until Heather stopped breathing. Officials said he also admitted to putting a rope around her neck to get her out of the house.

The DA said Gumina blamed his wife for "hurting his pride and honor."

Gumina pled guilty to charges of first-degree murder and two separate incidents of felony domestic violence against his wife.

Investigators said Gumina's "cycle of violence" in the relationship could be seen in January of 2019 when he tackled her to the ground and kicked in the bathroom door, where Heather and her four-year-old child tried to seek safety. Gumina was arrested and charged with felony domestic violence after Heather called 911.

Despite the incident, the DA said Gumina was released from custody over the People's objection, reconciled with Heather, and married her not long after.

By July of 2019, the DA said Gumina broke Heather's collarbone, adding that Heather texted her mother from the hospital that her husband tried to kill her. She did not call 911.

She returned home with her arm in a sling after being released from the hospital and got into argument with Gumina the next morning in front of her mother. Officials said the argument included a reference to how Heather's broken collarbone would look in Gumina's pending case, and, after Heather's mother left, Gumina killed his wife.

The DA said Gumina called Heather's mother after the killing, told her that Heather was missing and then lied to lied to law enforcement as they looked for Heather.

Nearly two months later, Heather was found buried on a nearby property wrapped in carpet with a noose around her neck and wearing her hospital ID bracelet, smock and sling, according to the DA.

Gumina is scheduled to be sentenced to 30 years in prison on September 3.