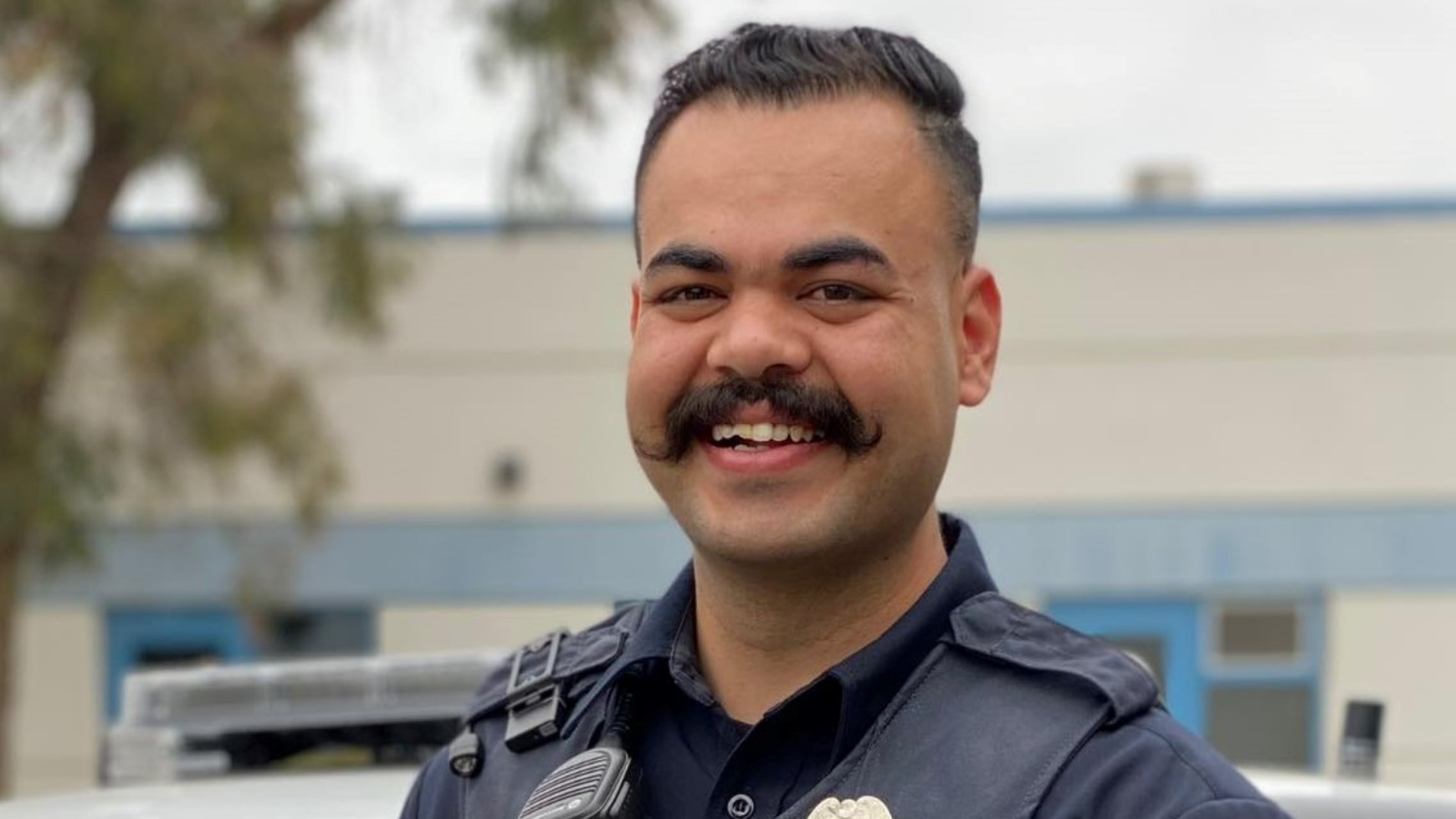 "Officer Grewal loved his family. He held his faith and heritage in high regard. He proudly wore the turban as part of his uniform and did so out of respect for his family and to honor his beliefs," said interim Galt Police Chief Rick Small.

On Aug. 22, Grewal and fellow officer Kapri Herrera were on their way to the Caldor Fire driving along Highway 99 in Elk Grove.

They were hit head on by another car that crossed temporary construction barriers. Both were sent to a hospital with serious injuries.

"At the rising of the sun and its going down, we will remember him," said Mindi Russell, Sacramento Law Enforcement Chaplain.

Grewal spent two-and-a-half years in a Galt Police Department uniform. He was awarded the Officer of the Year in 2020 and was also given the Mothers Against Drunk Driving award for 2020 based on the number of DUI arrests he made that year.

He was described as having a love for motorcycles, trucks, food - especially pizza - as well as his sense of humor and his selflessness.

"Harmin could not say 'no.' If I needed a ride, he would be there. If we needed someone to hold over on shift, he would be the first one," said Mike Little of the Galt Police Officers Association.

His sister Navdeep Sidhu described her close bond to her brother and how he wanted to become a police officer from a young age growing up in India before immigrating to the U.S. in 2012.

"You will always live in our hearts forever. May Waheguru bless you wherever you are. Love you, brother, so much," Sidhu said.

After the service, a lone bugler played taps as the casket was carried into a hearse.

On Highway 99, a long line of law enforcement vehicles from across the state led a procession through the city of Galt on its way to Grewal's final destination in Lodi. On freeway overpasses, people stood and waved flags to pay their respects to the fallen officer.