Officer Harminder Grewal died of injuries suffered in car crash while responding to the Caldor Fire. 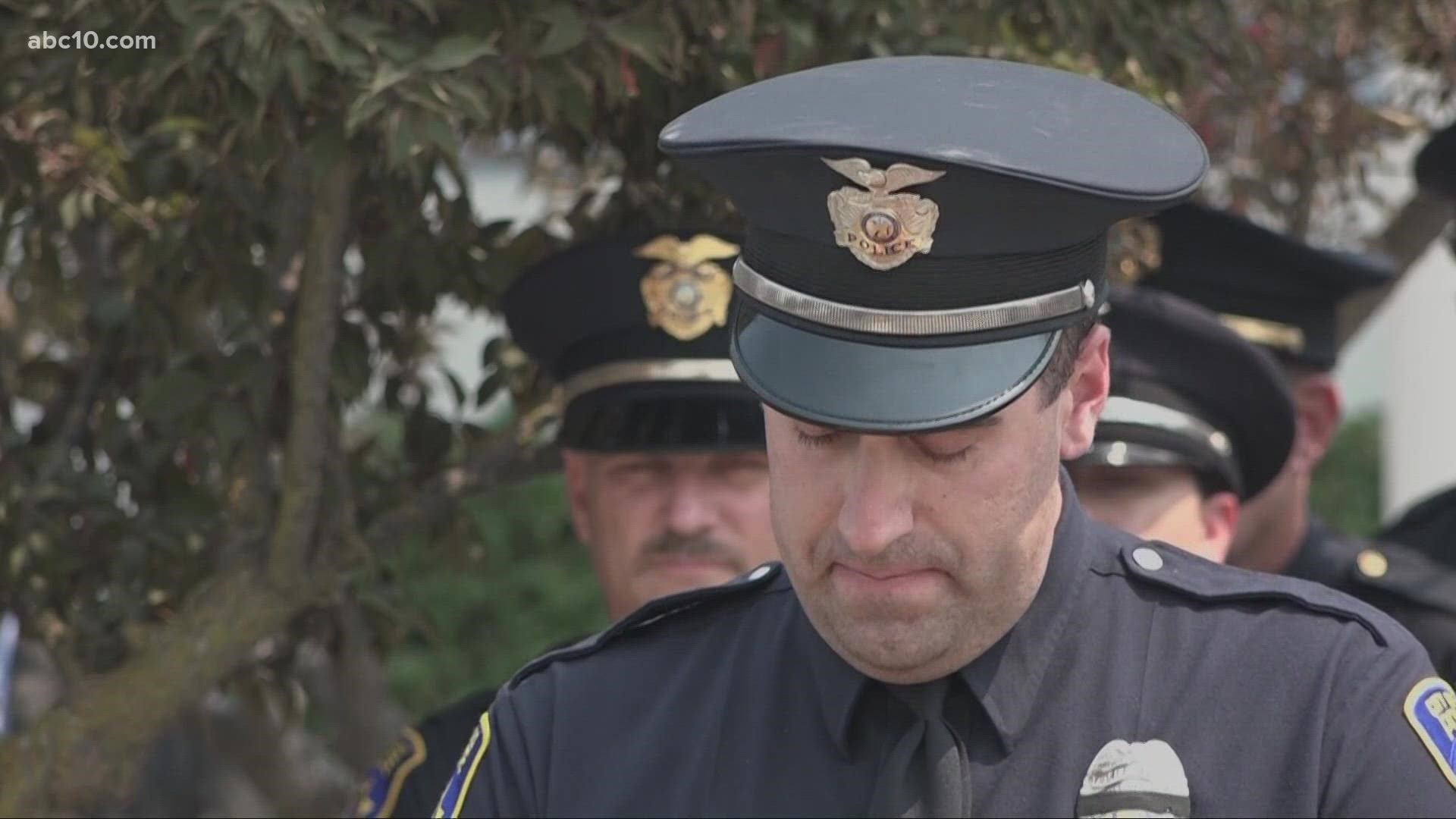 Grewal died on Aug. 26, 2021, after spending several days in the hospital following a crash on his way to the Caldor Fire.

Two processions will take place before the funeral and after.

Grewal is remembered as a dedicated officer and family man.

“Officer Grewal loved his family,” Galt Interim Police Chief Rick Small said. “To Officer Grewal there are no words to express our loss. We will continue to tell your story. Rest well brother.”

Family and friends spoke at the service said he always wanted to be a police officer.

“He was the essence of both what the Sikh faith stands for and what (a) police officer is: which is a savior known as selfless to the community,” Paul Singh Rajsansi said.  “From a young age, Harminder knew he always wanted to be a police officer.  When he and his family were still living in Inda, Harminder would play pretend and dress up all the time."

The first service ended at about 11:30 Monday morning. It can be viewed below or here:

The first procession will be small and head to the church and from Galt eastbound I-80 to Northbound Highway 65 at Stanford Ranch Road. The second one is scheduled to begin at 12 -1 p.m. directly from the church back to I-80.

Roseville police released a traffic advisory on Twitter. People traveling near the funeral can expect heavy traffic delays on Galleria Boulevard and Sandford Ranch Road from 8 a.m. through 2 p.m.

Who was Harminder Grewal

Officer Grewal was a two-and-a-half year veteran with the Galt Police Department. He leaves behind his parents, sister, brother and more family members.

Police Officer Association President Michael Little described officer Grewal at a procession on Aug. 27, as "the epitome of what a police officer should be."

"Officer Grewal took pride in serving his community and his work ethic was contagious to all who worked with him. His service to our community will never be forgotten," a press release from Galt police said.

Credit: Courtesy: Galt Police Department
Officer Harminder Grewal was one of two officers involved in a car crash. He has since passed away.

How to watch the service