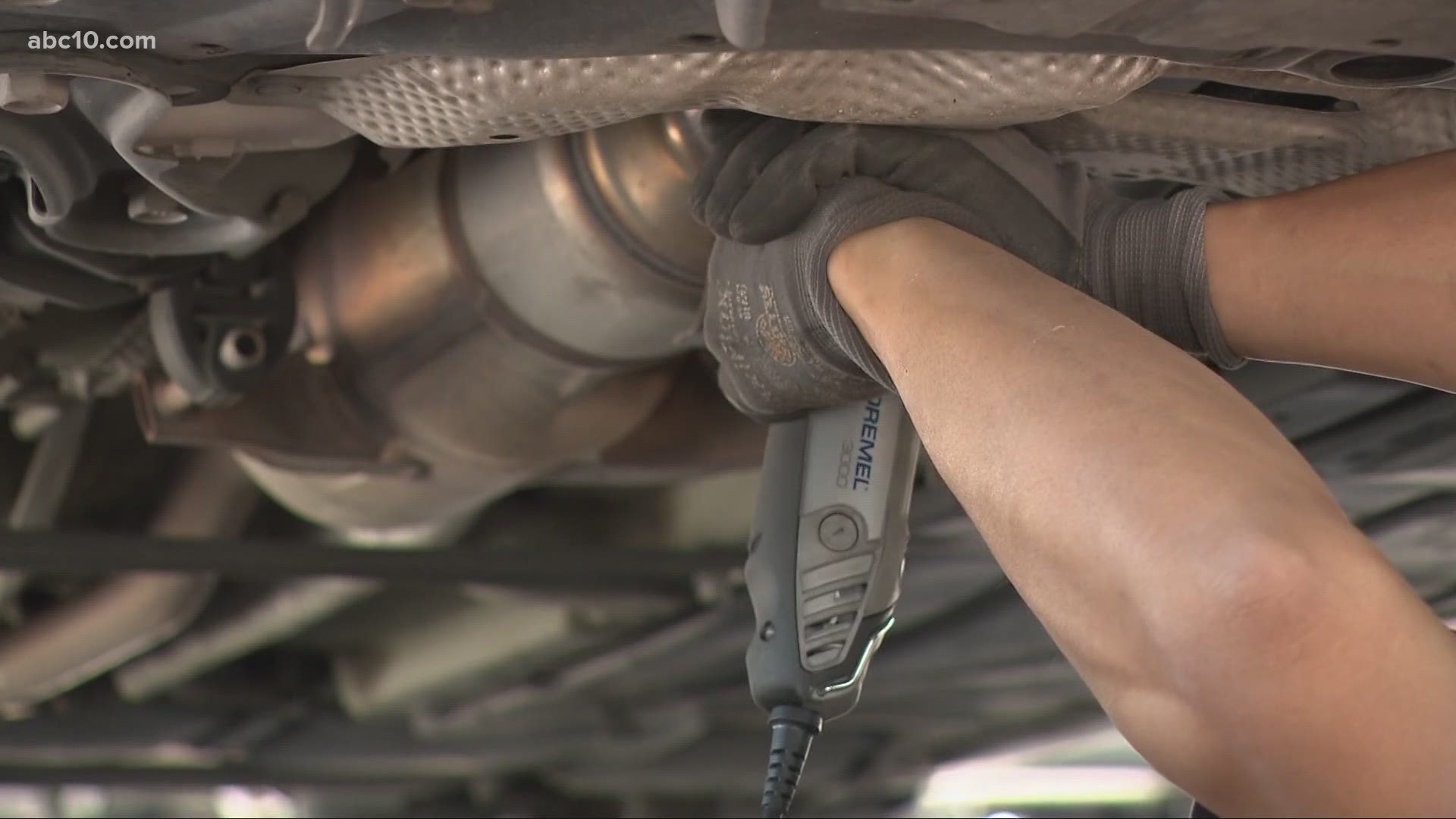 ELK GROVE, Calif. — Amid a spike in catalytic converter thefts across the Sacramento area, the Elk Grove Police department hosted a free 'Etch and Catch' event on Friday.

Police said 65 drivers registered to have technicians at Elk Grove Custom Collision Detail Spa etch their license plate number onto their catalytic converter "in hopes to deter thieves from stealing it."

"Whoever is doing it can see the markings and they're much less likely to go through with it and try to find somebody else who hasn't taken time to get it etched," said Rob Martinez, a managing partner at Elk Grove Custom Collision Detail Spa.

While comprehensive coverage is the best way for drivers to protect their wallets, and installing a deterrent underneath the car can help prevent thefts, etching helps officers investigate the crime if a catalytic converter is taken.

"If they do get stolen, there is a way for us to identify who it belongs to," said Elk Grove Police Community Service Officer Gabriela Gonzalez. "And so we can essentially prosecute the person who took the catalytic converter."

Davis Tran had his catalytic converter etched after he had to replace it after it was stolen in January, which cost him more than $1,000 to replace.

"Pretty heartbreaking because it was a big financial hole. I paid out of pocket," Tran said.

Knowing that thieves could still find a way to steal his catalytic converter and rub off the license plate etching, Tran said he wasn't taking chances.

"So what I’m going to do after this is add some rebar to it so if they’re going to try to cut it out it’s going to take a little bit more time," Tran said.