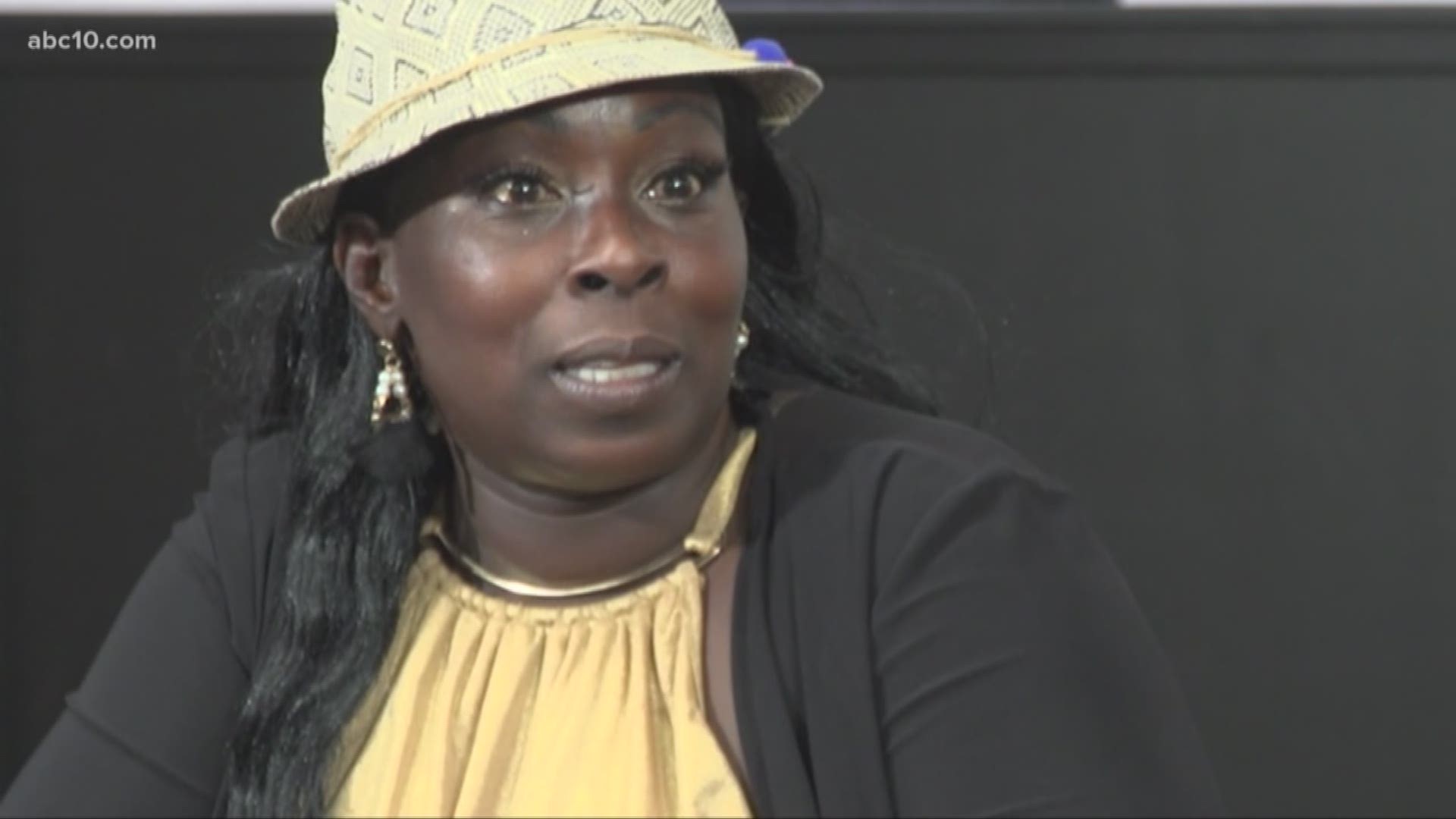 SACRAMENTO, Calif. — Federal officials said they found insufficient evidence to support a criminal civil rights charge against the Sacramento Police Department's officers who shot and killed an unarmed Stephon Clark in the backyard of his grandmother's Meadowview home.

U.S. Attorney McGregor W. Scott and FBI agent Sean Ragan said Thursday that they have closed their investigation into the fatal shooting of Stephon Clark.

Police Chief Daniel Hahn said that the officers who killed Stephon will return to full and active duty.

“This incident has been thoroughly investigated by law enforcement agencies at the local, state and federal levels," Hahn said. "Every one of these independent examinations has reached the same finding – the use of deadly force in this case was lawful."

The Clark family met with the FBI and the Sacramento Police Department to discuss the results of the investigation. Stephon Clark's brother, Stevante, said that his family was told that one of the officers would be moved to a more investigative role and that the other would be back to patrolling the city.

"My brother was killed, unarmed, in my grandmother's backyard, and the same cop who killed him is back on the streets patrolling other communities, running through other people's backyards," Stevante told ABC10 Thursday afternoon. "I'm uneasy with that. My heart is broken."

"We still want people to be held accountable. We don't want killer cops on our streets," Stevante said. "We will continue to fight for justice. Justice delayed is justice denied and, today, justice was denied for Stephon Clark, for the third time."

Since the shooting in March 2018, the Sacramento County District Attorney's Office and the California Attorney General determined not to pursue criminal charges against the officers.

Clark was shot seven times on March 18, 2018, prompting protests in Sacramento and across the U.S. Police said Clark was facing officers when he was killed, moving forward with his arms extended and an object in his hands. Officers said they thought Clark had a gun, but they only found his cell phone.

"Until justice becomes a reality—and not just our community but for communities all over the United States of America—this fight will just continue," Stevante said.

In March 2019, Sacramento County District Attorney Anne Marie Schubert announced during a press conference that officers Terrance Mercadal and Jared Robinet did not break any laws in the deadly shooting.

"There's no question that a human being died," Schubert said during the press conference. "But when we look at the facts and the law, and we follow our ethical responsibilities, the answer to that question is no. And as a result, we will not charge these officers with any criminal liability related to the shooting death and the use of force on Stephon Clark."

"By telling us that they're going to put this officer back on the streets, that's packing salt in the wound," Stephon mother Se'Quette Clark said at the news conference. "The United States Attorney General told us that the officers were not found innocent but that case was found unconvictible."

Clark's grandmother Sequita Thompson, who was visible emotional at the press conference, said "I really had hope that they was going to seriously at least take him off the streets. Ain't nothing in this world can bring our grandson...so we're going to keep fighting."

Founder of Black Lives Matter – Sacramento, Tanya Faison, issued the following statement on the FBI’s conclusion into the Clark shooting:

"I think it is a pretty clear sign of guilt when the City of Sacramento settles on a $2.4 million lawsuit with Stephon Clark’s children. How many more Stephon Clarks do we have to have before our police department starts holding officers accountable instead of settling a lawsuit and calling it ‘justice’?”

The National Lawyers Guild also issued a statement, blasting the FBI’s decision to not file charges against the officers who killed Clark.

“We are not surprised at the news that those who killed Stephon Clark have been ‘cleared.’ It follows the trend across the country where officers are rarely charged and in the rare instances that they are charged, no liability is found by investigating agencies, who are either law enforcement or district attorneys, who have an inherent bias toward police.

However, the Sacramento Police Department's announcement to return the shooting officers who killed Stephon Clark back to full active street duty risks reviving feelings of pain in the activist community.

We strongly urge the Sacramento Police Department to re-consider its current policies and recognize the impact such a decision would have in Sacramento and throughout our nation. To return the officers to work after the killing of an unarmed black man sends a dangerous message that there are no consequences for excessive force by law enforcement.

As a matter of public policy, we urge that Chief Daniel Hahn consider the ramifications this message will bear as a national and local standard for law enforcement practices.

The Sacramento Police Department must rethink sending those officers back into the field in the shadow of Gov. Newsom’s signing of AB 392, the Excessive Force bill, into law. It will take effect January 1, 2020 as the first bill to change the standard of law enforcement's use of deadly force in the state in more than a century.

National Lawyers Guild Sacramento will remain on standby while the community grieves once more in light of such news and we ask that everyone please be safe if choosing to protest this decision.”