Friends, family, & members of the community held a vigil at Ace Empower Academy in San Jose, from where Keyla graduated in June. She would have turned 14 on Aug. 4. 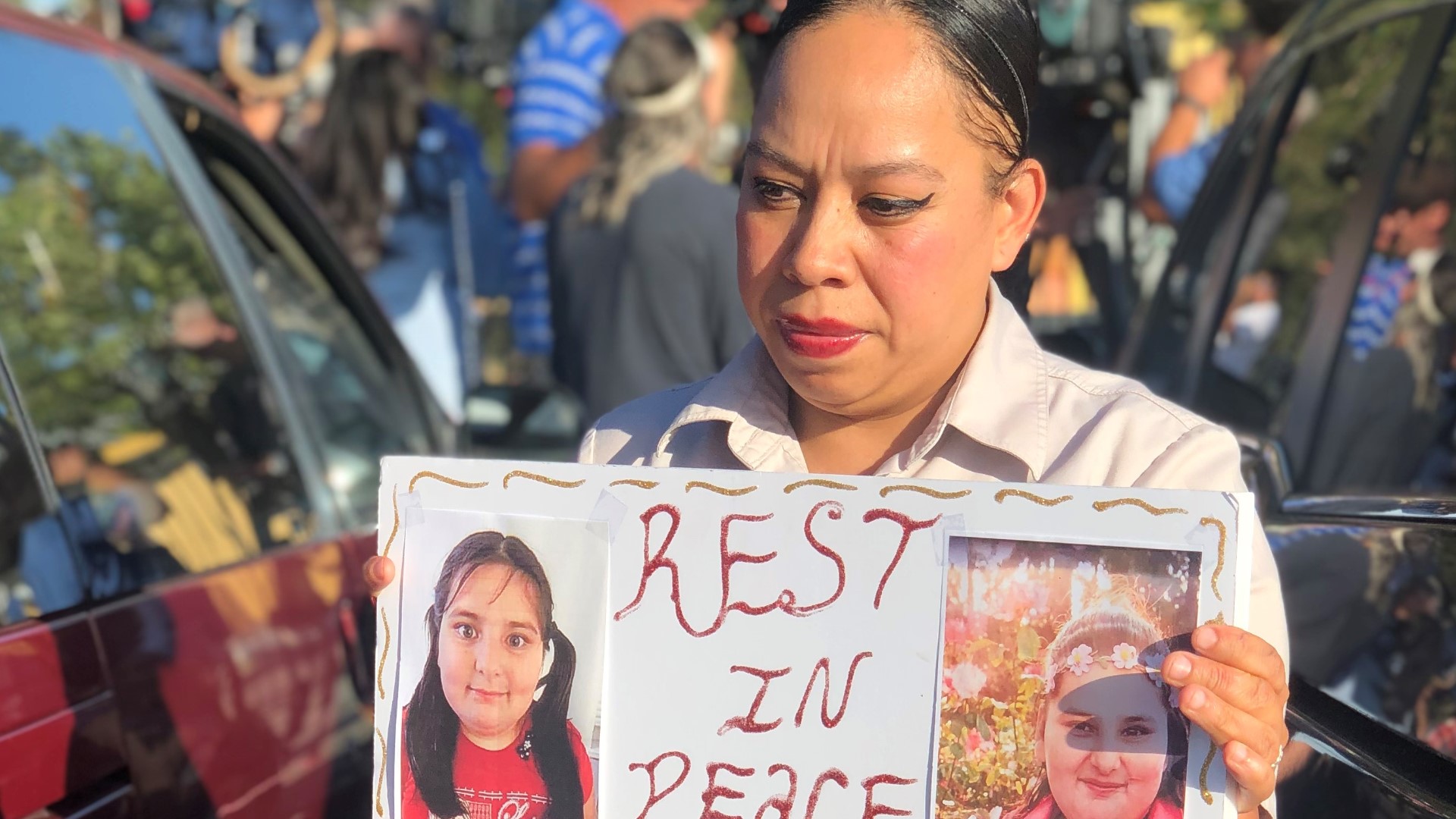 SAN JOSE, Calif. — Keyla Salazar is described by her friends and family as a happy person who was always willing to do whatever she could to make others smile.

Keyla, 13, was one of the three victims killed in the Gilroy Garlic Festival shooting. On Tuesday, friends, family, and members of the community held a vigil at Ace Empower Academy in San Jose, from where Keyla graduated in June.

"Keyla was a beautiful [child who] really cared for other people and she cared a lot about animals. She was our motivation, and we’re in pain that we lost her," Salazar's aunt said as she read a statement from the girl's mom, Lorena de Salazar.

Her uncle, Giordano Pimentel, read a statement on behalf of Keyla's dad, Juan Salazar, that said, "She always did everything she could to make others happy. She was always the best person she could be, and it’s up to us now to be more like her so that we could keep her legacy alive."

A family friend told ABC10 the last thing she did before heading to the festival was write a letter to her mom.

Bellido said the family plans to get a Golden Retriever puppy in Keyla's memory. Keyla would have turned 14 on Sunday, August 4.