About a week after it's grand opening, the organization said their building was vandalized with hate speech toward those with Down syndrome. 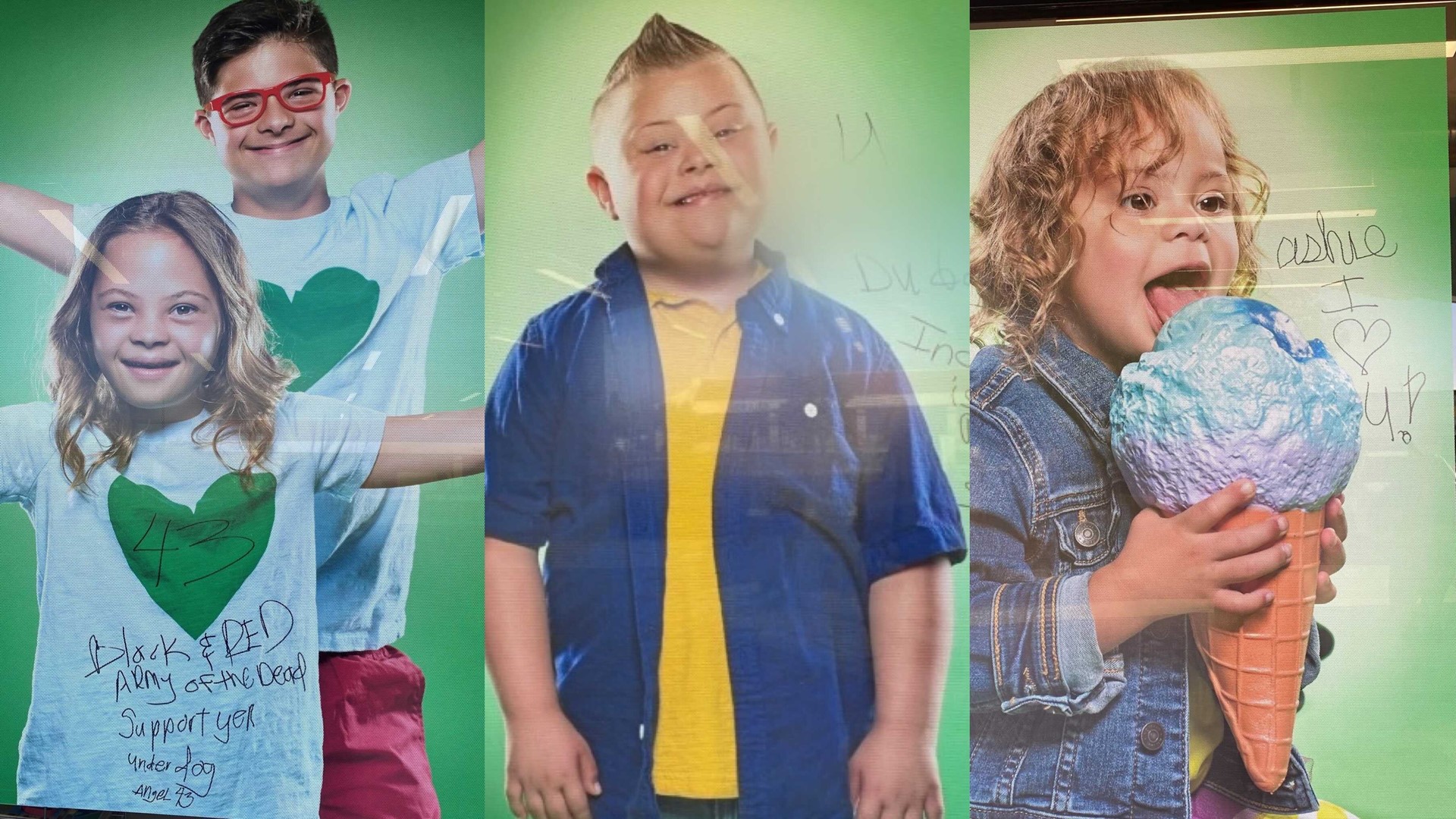 ROSEVILLE, Calif. — About a week after opening, GiGi's Playhouse was vandalized when their windows were sprayed with graffiti and hate speech directed toward people with Down syndrome, the organization said.

"This is not our first experience with hate speech toward the Down syndrome community. People with Down syndrome face lifelong discrimination and are often targeted for the disability that is written on their face," the center said in a statement.

The posters were defaced in black marker with slurs against those with Down syndrome.

GiGi's Playhouse referred to the vandalism as "heartbreaking" and "unacceptable," noting that the graffiti was written on actual images of local Sacramento-area children.

Nicole Harrigan, board president for GiGi's Playhouse, said the allusions from the graffiti were a "total gut punch." Her 8-year-old son Nicholas is among the local children with Down syndrome who grace the windows of the new playcenter.

The new facility in Roseville opened last weekend, playing host to more than 500 people at their grand opening. According to their website, GiGi's Playhouse is described as "an achievement center for individuals with Down syndrome, their families, and the community" that provides free therapeutic and educational programs.

Harrigan said the graffiti only reinforces the center's mission of changing the way the world sees down syndrome.

While Harrigan said she is still processing the heartbreak, she's said she's been helped by outpour of community support.

"My son and his friends, and everybody I've met with Down syndrome tends to be a forgiving and loving and accepting person, so I'm trying to take a page out of their books," Harrigan said.

In response to the vandalism, the center is encouraging people to take the GiGiFit Acceptance Challenge, an effort meant to bring together a million people in a physical and social movement for acceptance through June 5.

WATCH ALSO: Why many Sacramentans are hopeful for the end of COVID-19 restrictions