"He raped me. He raped me and then asked if I liked it." 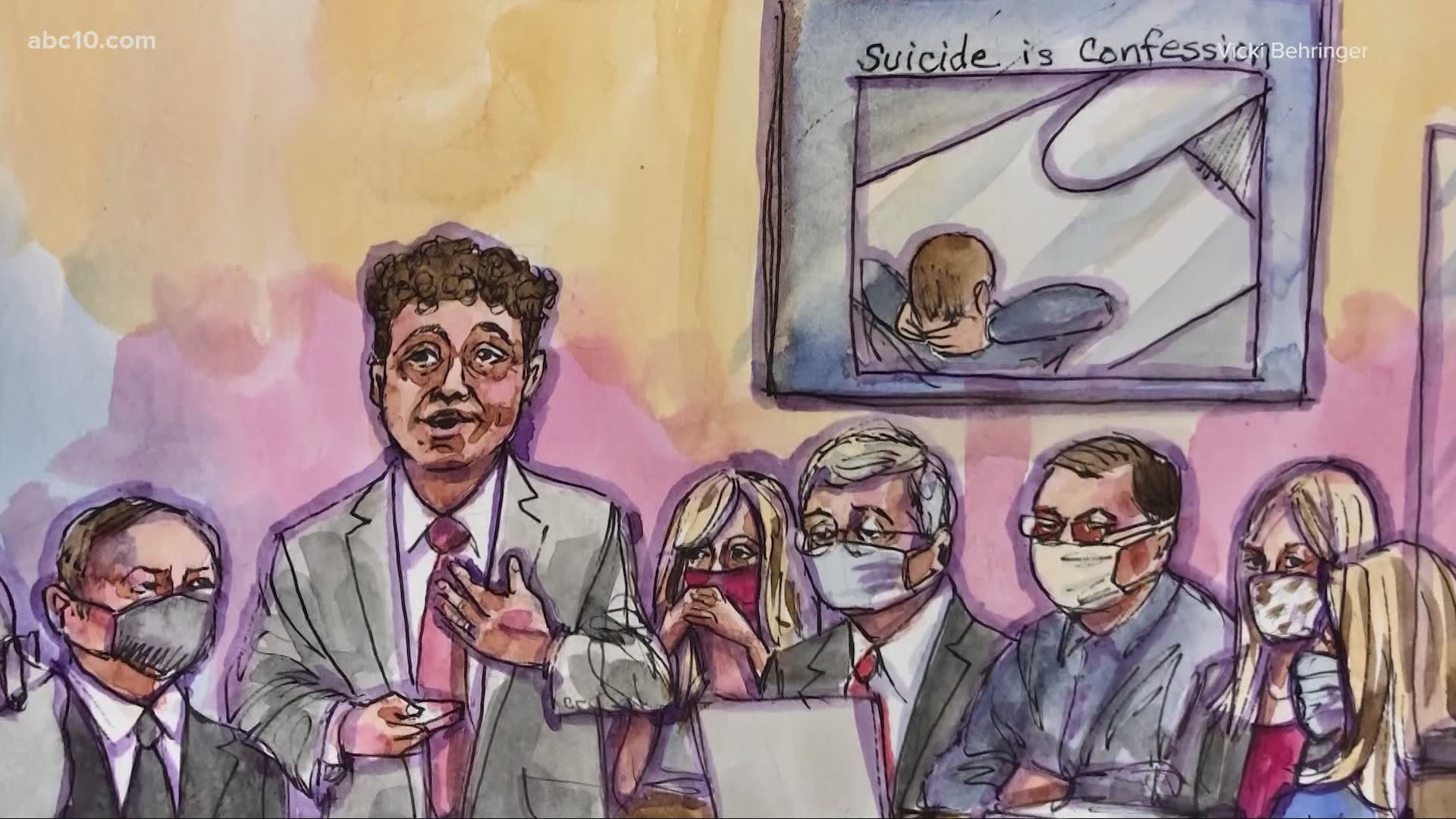 SACRAMENTO, Calif. — After jury instructions were read for well over an hour, the Sacramento County District Attorney wasted no time jumping into closing statements in the trial against the man they believe to be the NorCal Rapist.

"He raped me. He raped me and then asked if I liked it," the District Attorney's prosecutor started their closing statement with a powerful quote from a victim to the court alongside images of multiple survivors of the NorCal Rapist.

Then, they moved on to name the charges and highlight gruesome details of each one that was heard over the last couple of weeks by the jury, and courtroom, of what the alleged NorCal Rapist did to victims, bringing these charges against Roy Waller to life.

But above all, the prosecution continually reminded the jury that the DNA is "what proves this case" and said that statistics show that the chances of Waller's DNA profile matching the NorCal Rapist's, as it does, is one in quadrillions.

After around four hours, the prosecution wrapped up their closing arguments showing footage of Waller attempting to hang himself with his sweatshirt strings while in a police interrogation room.

Then, Waller's defense team took the court stage, immediately attempting to undermine the prosecutor's closing statements, hitting on the footage of Waller trying to hang himself saying no one would kill themselves that way and that it was simply a way for him to get out of there, potentially to a hospital.

Defense says Waller took a big risk by being a defendant who testifies about things that happened years and years ago. He was asked about intimate details of his life, was also subjected to his personal life ripped apart and peculiar habits used against him. https://t.co/KdIRG5SaFh

They also named Waller as a "pack rat, whether he likes it or not" and yet, no "trophies of a serial rapist" were found in his storage unit.

"Is he an oddball? Yes. I'll give you that. That doesn't have anything to do with this case," said Waller's defense attorney, Joseph Farina.

The defense also touched on the fact a straw was taken from Waller's garbage for DNA, saying this is concerning for all and that our DNA should be safe from government prying. Farina said, without DNA, there would be no case in this trial.

Following the defense's closing statements, the court adjourned around 4:30 p.m. and are expected back Tuesday morning for final rebuttals, then the jury will begin their deliberations where they must make a unanimous decision.

If convicted, Waller could face life in prison.