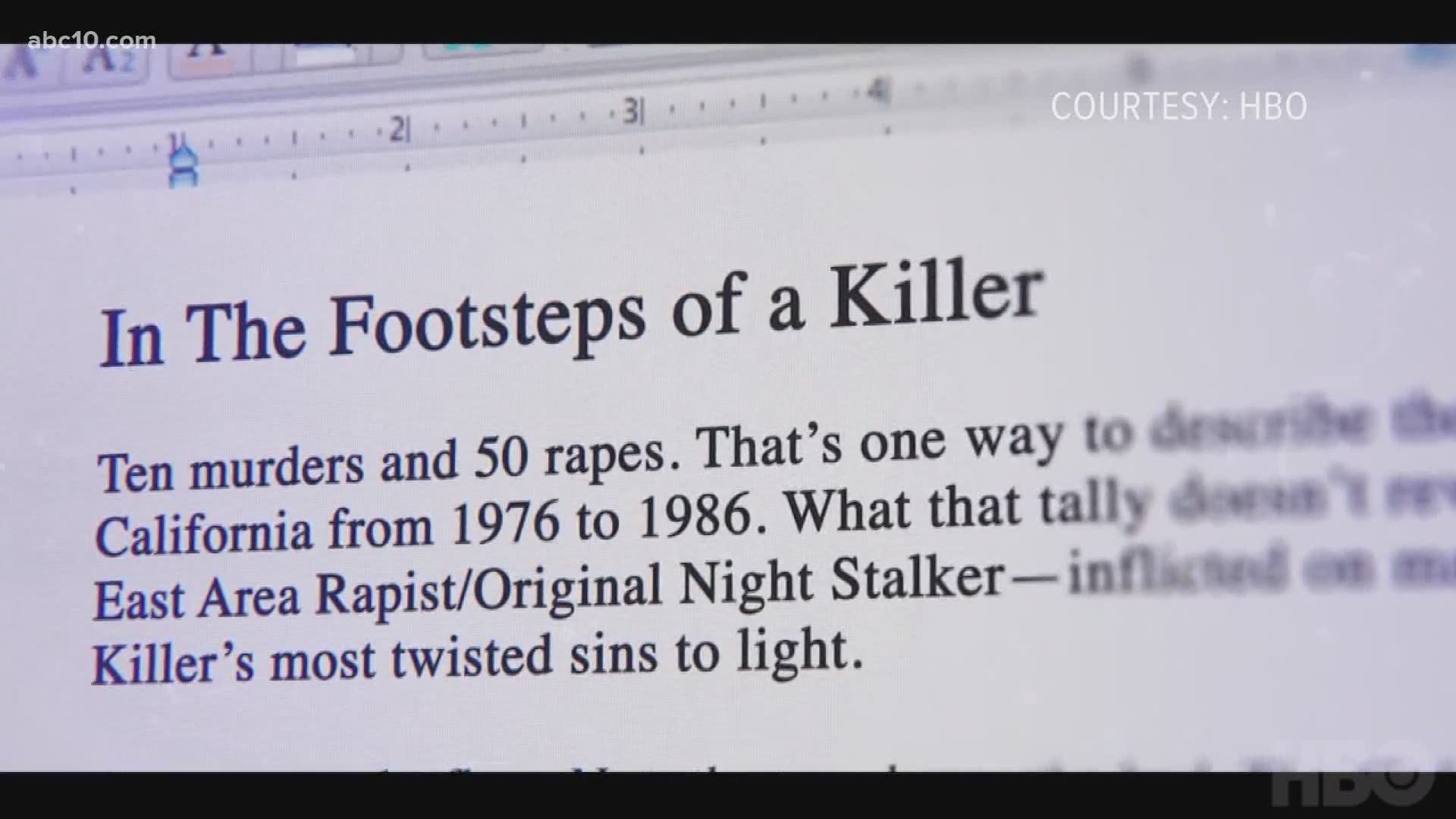 SACRAMENTO, Calif. — A new HBO documentary will share the stories of those who survived crimes by the alleged Golden State Killer.

"I'll be gone in the dark" is a six-part documentary based on a book by writer Michelle McNamara's investigation into the Golden State Killer, according to a press release from Warner Media Group.

ABC10 has closely followed the case of Joseph James DeAngelo. He is believed to be responsible for at least 13 murders, over 50 rapes, and more than 100 burglaries, spanning the state of California. Locally, the Golden State Killer is also known as the East Area Rapist.

"This series gives voice to the survivors and their families, documenting an era when sex crimes were often dismissed or hidden in shame," the Warner Media Group press release says.

"I'll be gone in the dark" premieres Sunday, June 28 on HBO.

WATCH MORE: The history of the Golden State Killer in Northern California

Joseph DeAngelo, the suspected Golden State Killer, is set to appear in court on Monday, June 29. Its believed he'll plead guilty to a slew of murder and rape charges in exchange for avoiding the death penalty.