The 38-year-old woman wrote a letter about growing up with Joseph DeAngelo who was recently sentenced to life without parole for murder, rape, and kidnapping. 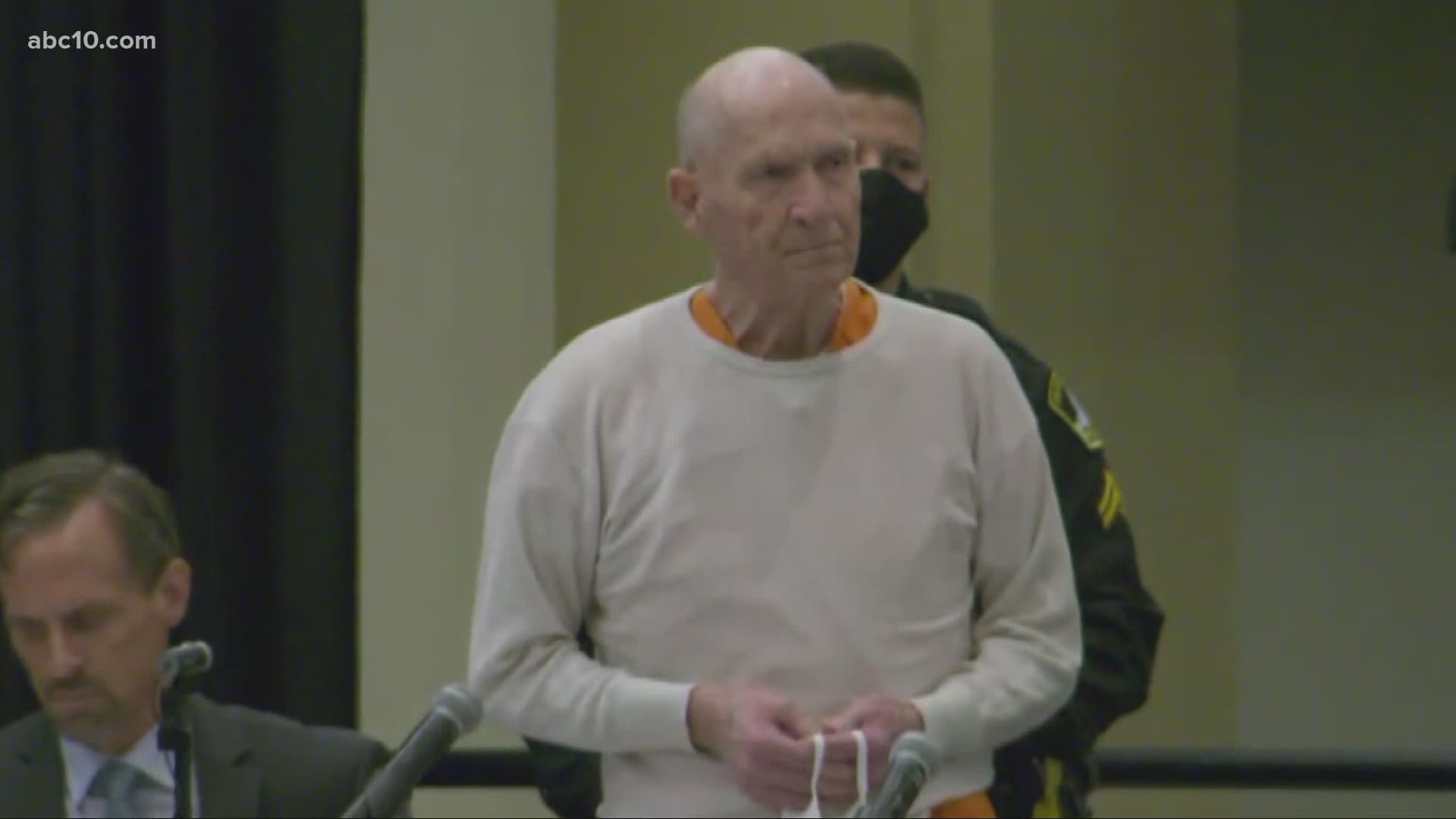 SACRAMENTO, Calif — In a letter released by the Superior Court of Californa, the oldest daughter of Joseph DeAngelo, also known as the Golden State Killer, said she cannot "begin to express how much of a loss my daughter and I are experiencing right now, without him present in our lives."

DeAngelo, a former police officer in California who eluded capture for four decades, was sentenced to 11 terms of life in prison without the possibility of parole for multiple counts of murder, rape, and kidnapping.

This past June, Deangelo admitted to 13 murders and nearly 50 rapes between 1975 and 1986. All told, he admitted to harming 87 victims in 53 separate crime scenes spanning 11 California counties in a plea deal that spared him the death penalty.

The 38-year-old woman started her letter by saying she lived with her father almost her entire life and the same could be said for her 19-year-old daughter.

DeAngelo's daughter said the absence of her father is a trauma that she and her daughter will never overcome. She said the father she knows and loves is a good person.

"My dad has so much kindness and love, empathy and support for others," she said.

But 16 of his rape victims and family members of the victims said otherwise during their victim impact statements in court.

The first survivor to speak on Thursday called herself a "survivor thriver" after enduring trauma after DeAngelo attacked her. She remembered how he bound both her and her son.

"I was frozen in fear beyond description, but I was focused on my son. Where did you put my son? What were you going to do to him?" said Jane Carson Sandler, Golden State Killer survivor.

Kris Pedretti talked about how she tried to act normal but did not know what normal was anymore. She was told to not talk about the rape or get help and explained the difficulty of keeping jobs, friends, and relationships.

"I knew I would never be a child again," Pedretti said of the night she was attacked by the Golden State Killer.

During DeAngelo's sentencing, he got up to apologize to the families and victims.

"I’ve listened to all your statements, each one of them, and I’m really sorry to everyone I’ve hurt," he said.

The Golden State Killer, a former police officer in California who eluded capture for four decades, is set to be sentenced to life in prison on the final day of court hearings.