A federal judge is demanding a PG&E lawyer explain himself, under oath, as new details cast doubt on PG&E's safety work before the Zogg Fire, which killed 4. 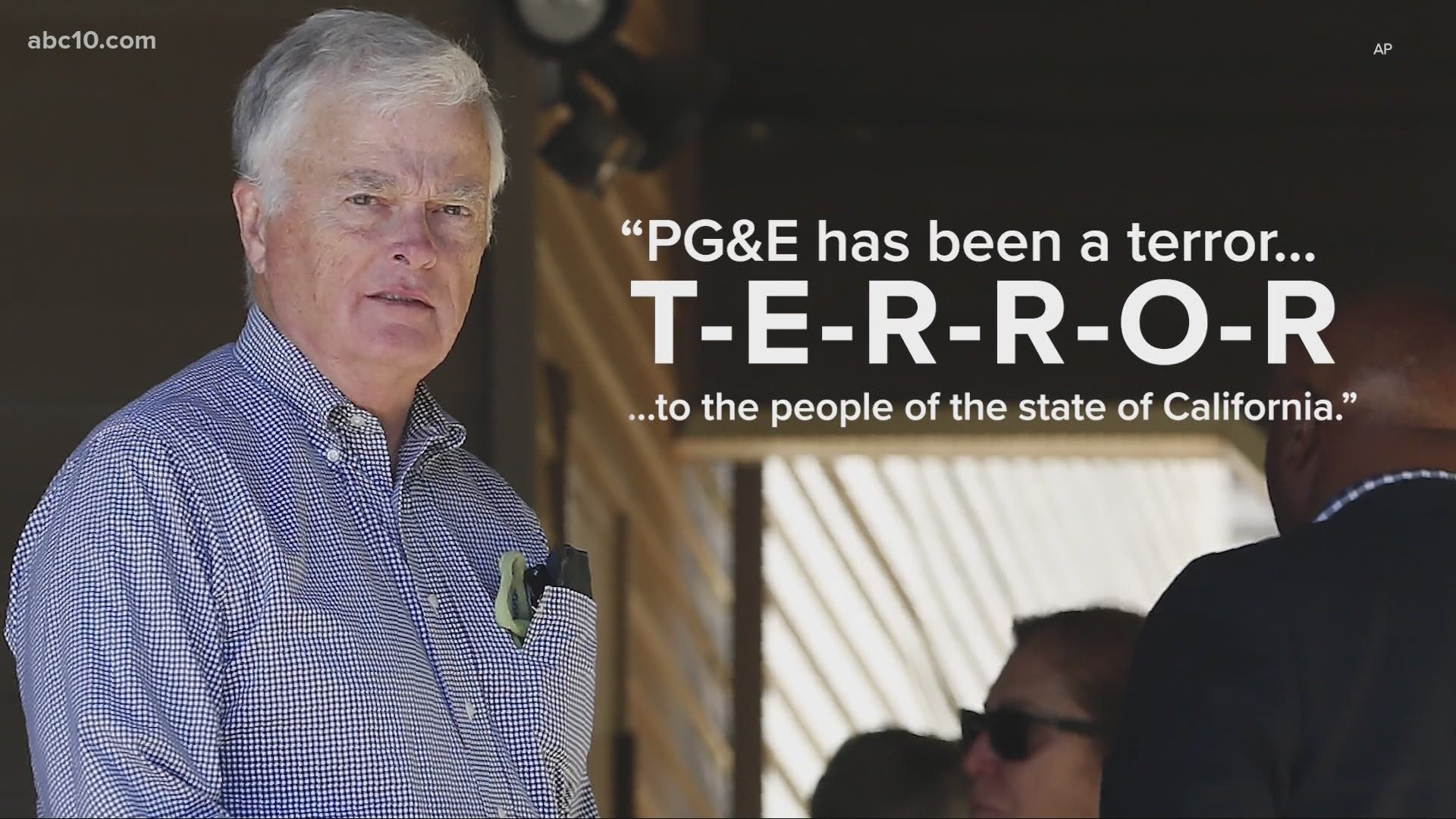 A federal judge demanded that a lawyer representing PG&E explain himself, under oath, after giving an answer that didn't divulge knowledge PG&E had about its safety work ahead of the deadly 2020 Zogg Fire.

In a court order Thursday, US District Judge William Alsup said that he found a PG&E contractor had previously marked the tree suspected of sparking that fire as needing to be removed.

The fire killed four people last September in and around Igo, a small community in the hills above Redding.

Credit: US District Court
An inspection photo taken in 2019 shows a grey pine tree (right) leaning over a PG&E power line. The tree, believed to be damaged in the 2018 Carr Fire, is suspected of sparking the 2020 Zogg Fire by falling on the power line in a windstorm. A federal judge says PG&E contractors marked the tree for removal because it posed a threat to the lines, but never followed up to cut it down.

PG&E attorney Kevin Orsini told Alsup in a February 3 hearing that "three different sets of qualified foresters" had evaluated the tree and "made a determination that they were not going to mark that tree for removal."

After reviewing evidence turned in by PG&E, Alsup said he's concluded that company contractors did mark the tree for removal. He demanded to know why PG&E's lawyer didn't include that in his answer.

Credit: US District Court
This photo, submitted by PG&E to the federal court, shows how PG&E contractors chopped up and marked parts of the pine tree suspected of sparking the deadly 2020 Zogg Fire. PG&E collected the tree as evidence after CAL FIRE released the crime scene around PG&E's power line.

"Mountain G Enterprises, a PG&E contractor, marked the Gray Pine in question for work in 2018 but that work was never done," Alsup said after reviewing evidence turned into his court by PG&E. "Attorney Orsini shall please explain (under oath) why he stated the above to the Court without also stating that MGE had marked the Gray Pine for work."

Attorneys familiar with the case and federal courts told ABC10 that the demand for an attorney to provide answers under oath is highly unusual, with one remarking, "I've never seen this before."

Orsini did not respond to an emailed request for comment.

Cal Fire investigators seized evidence from PG&E's power line after the flames of the Zogg Fire killed four people, including an eight-year-old girl and her mother.

Credit: McLeod Family
Feyla, Alaina, and Zach McLeod are seen posing for a family photo. Feyla and Alaina were found dead in a burned-up pickup truck that ran off a road during the Zogg Fire. Zach was on his way home from work, stopping to pick up groceries at the time. He has since filed a civil suit against PG&E.

PG&E submitted paper records and other evidence to Alsup's court after he began asking questions about the fire, which is the subject of an ongoing investigation for possible homicide charges in Shasta County.

WATCH NEXT: Family of 2 killed in Zogg Fire react to Cal Fire investigation into PG&E equipment