Mailbox thefts on the rise across Roseville, Sacramento region

Roseville Police Department Spokesperson Rob Baquera said they have had 18 instances in the last three months of people prying open the backs of communal mailboxes. 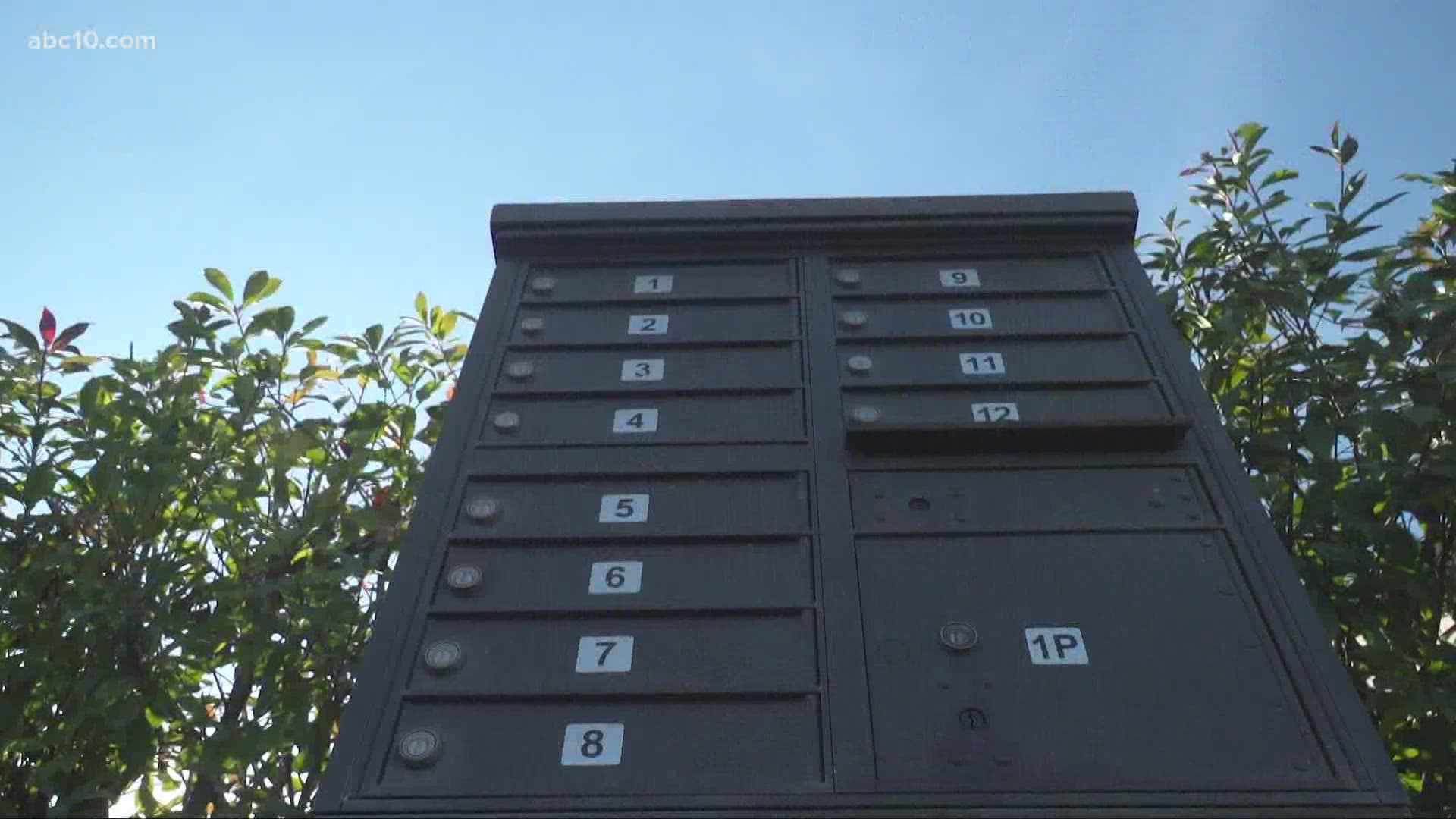 ROSEVILLE, Calif. — Police departments from across the region have warned their communities to be on the lookout for mail thieves. Roseville police said they had seen a dramatic increase in cluster mailbox theft.

Roseville Police Department Spokesperson Rob Baquera said they had 18 instances in the last three months of people prying open the backs of communal mailboxes. Combined with reports from the United States Postal Service, he said that number is probably much greater.

He said he believed criminals were after stimulus checks and other personal documents.

"Ultimately, what criminals are looking for are checks and personal information," Baquera explained. "Something they can take, wash, take the bank account information and then use that for nefarious purposes."

Around the holidays, he said Roseville Police Department had also seen an increase in mail theft.

Baquera offered some tips on how people can protect themselves from mail theft. He said never to leave mail in the mailbox overnight; check it every day. If people go out of town, they should ask the U.S. Postal Service to put a hold on their mail.

Baquera said those who happen to live by a cluster mailbox could help themselves and their neighbors by keeping an eye out for suspicious activity.

The U.S. Postal Service and police said if people witness mail theft or become victims, the key is to report it to your local police department and the USPS.

Postal inspector Jeff Fitch with U.S. Postal Inspection Service also said reporting after the fact is just as important. If people find fraudulent bank account charges, they should report them so that inspectors can track the fraudsters.

"The primary piece we need is someone to report suspicious activity," Baquera said. "A license plate, a vehicle even a person description—all of this is incredibly helpful."

The penalty for mail theft is up to five years in federal prison and a $25,000 fine. Fitch said those who report crimes to the US postal inspection service can see up to a $10,000 reward if a suspect is caught.