The bullet grazed the customer's head at La Fiesta Taqueria. Citrus Heights police say the shooter has been arrested.

ABC10 received a surveillance video that shows a man being shot in the head at a Citrus Heights restaurant on Friday night.

The shooting happened at the patio of the La Fiesta Taqueria, located near the 7900 block of Greenback Lane. The video shows a man standing up from a table, walking to a fence and opening fire at another person on the other side. The victim could then be seen getting up from his seat while clenching his head.

Citrus Heights police did not release the identity of the victim but expect that he would survive.

WARNING: The following video may be disturbing to some viewers. 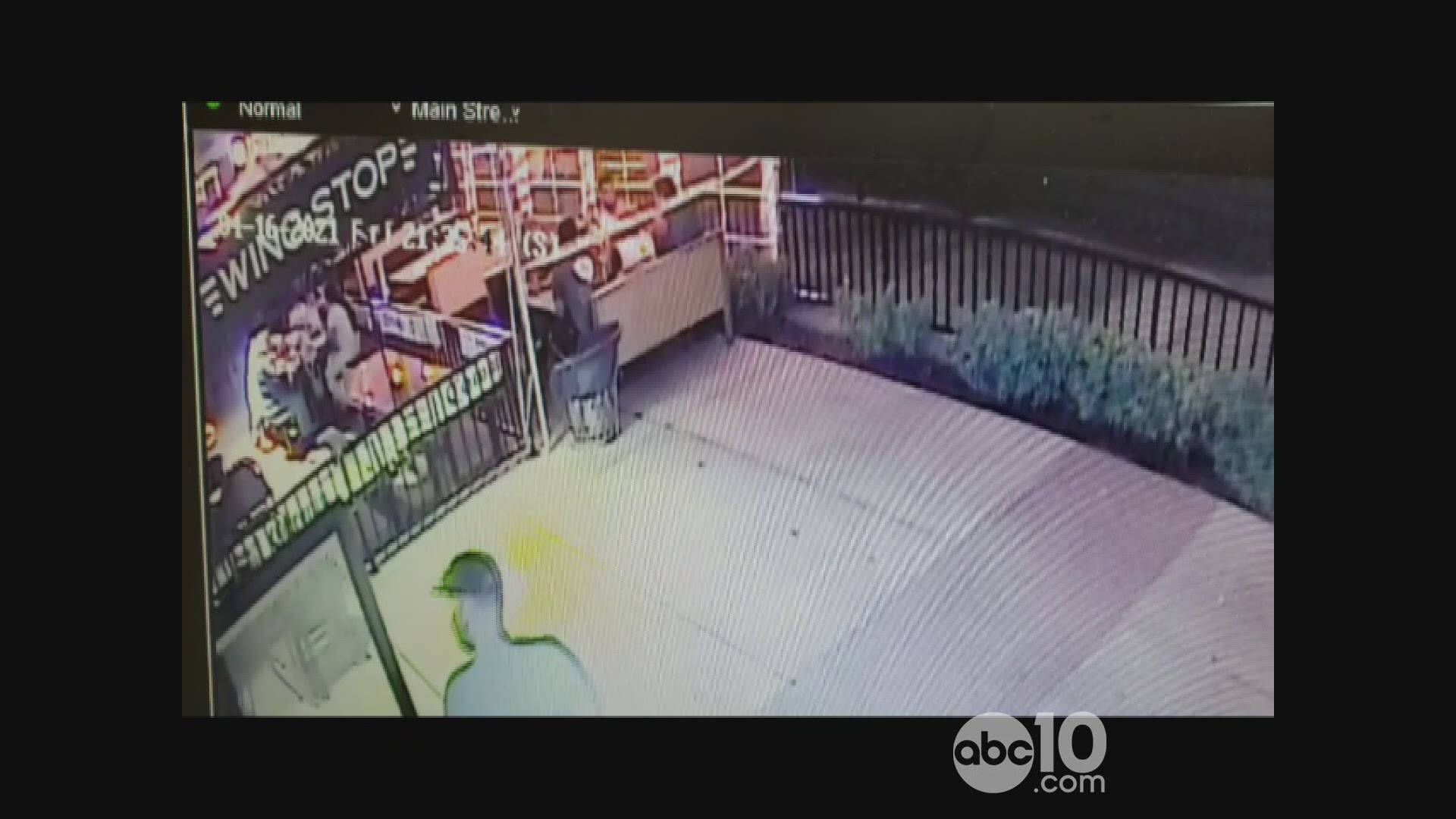 A man was arrested after being accused of shooting a man in the head at a restaurant on Friday night in Citrus Heights, according to police officials.

Citrus Heights police said they learned of the shooting near the 7900 block of Greenback Lane at around 9:40 p.m.They said Miguel Angel Garcia-Rocio shot the victim when the two got into an argument.

Medical personnel transported the victim to the hospital, where he is expected to survive. Garcia-Rocio wasn't at the scene when police arrived, police officials said. The victim's identity wasn't released.

Police did not say if the shooting happened inside or outside of the restaurant. Garcia-Rocio was arrested during a traffic stop and was booked into the Sacramento County Jail.

His description matched with the surveillance video that officers took from the scene, police said. Police said it appears the shooting was an isolated incident.