The situation unfolded after a deadly shooting. 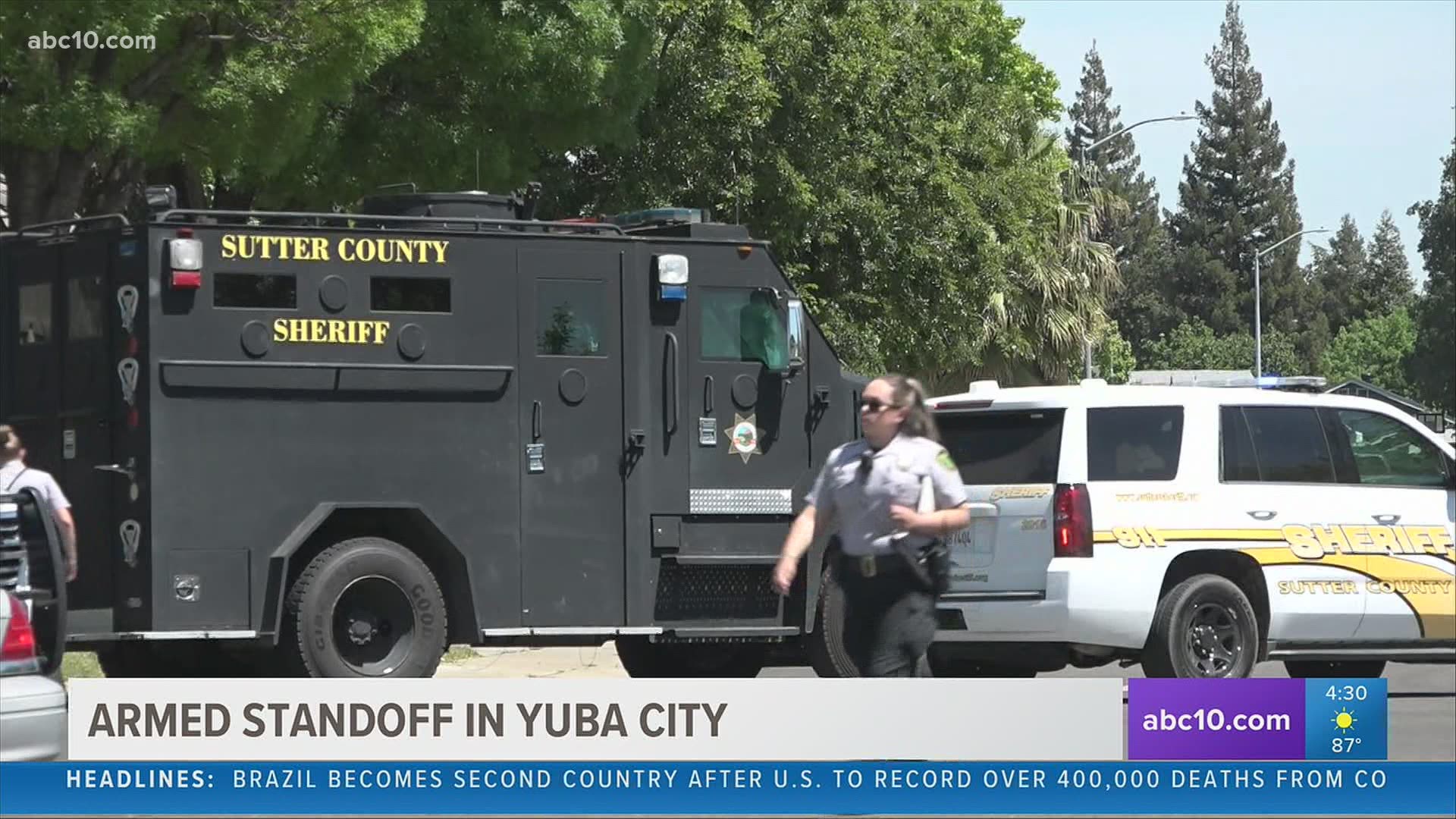 According to a press release from the Sutter County Sheriff's Office, the situation started after deputies found a 32-year-old man who had been shot multiple times in the 1800 block of Allen Ct. just after 9:30 a.m.

The man, identified as Jugdeep Mann of Yuba City, died from his injuries.

Witnesses reportedly directed deputies to a home where they say the suspect had run towards.

The Sutter County Special Enforcement Detail (SED) and Sutter County Hostage Negotiations Team (HNT) arrived after the suspect barricaded himself inside a home on Anthony Way.

Robinson has been booked on numerous charges, including homicide.

Deputies will continue to investigate the shooting. A motive is unclear at this time.