Raymond Austin Hassan Jacquett IV and three others were arrested in September 2018 after allegedly conspiring to kill longtime Lodi podiatrist. 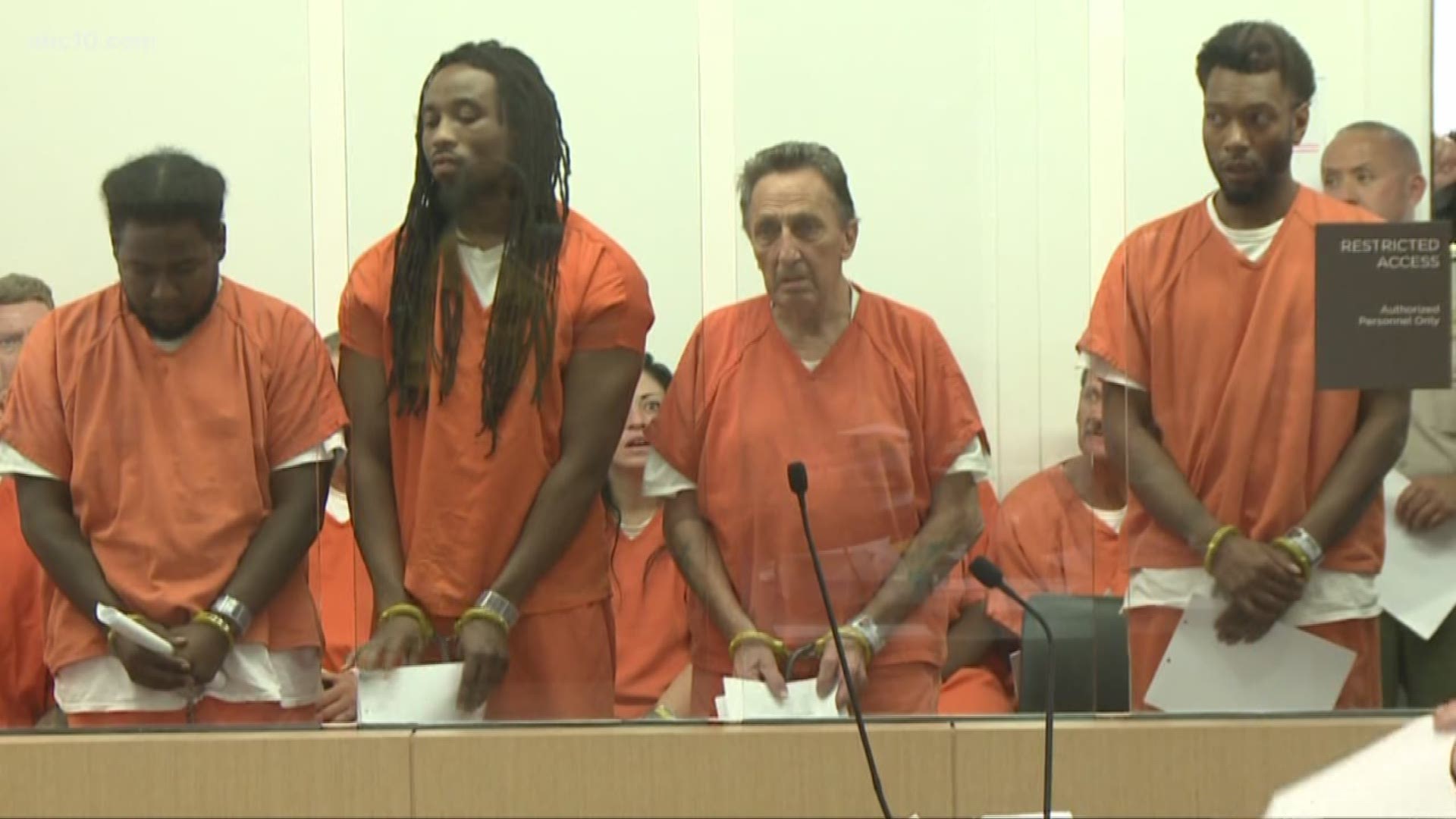 LODI, Calif. — A man accused driving the shooter in the killing of a retired doctor in his Lodi home last year was sentenced to 15 years to life on Tuesday.

Raymond Austin Hassan Jacquett IV and three others were arrested in September 2018 after allegedly conspiring to kill longtime Lodi podiatrist Dr. Thomas Shock the month prior, according to District Attorney Tori Salazar.

Jacquett drove the shooter and one other person to Shock's home to kill him in the doorway of his home. Officers later arrested four people in connection to the murder.

“The District Attorney’s Office is committed to ending gun violence,” Verber Salazar said in a press release. “The insidious nature of this execution-style murder demands justice for all involved.”

The three remaining defendants, Robert  Elmo Lee, 76, Christopher Anthony Costello, 26, and Mallory Stewart, 27 will be in court on Dec. 9 for confirmation on their jury trial date, which is tentatively scheduled on Feb. 25, 2020.

Two people are dead following a crash involving a semi and a car on Highway 16 just to the west of Sloughhouse, the California Highway Patrol confirmed.