Man accused of killing person, starting deadly 2020 Markley Fire to cover it up

After an 8-month long investigation the Solano County Sheriff's Office says the Markley Fire was started by arson. 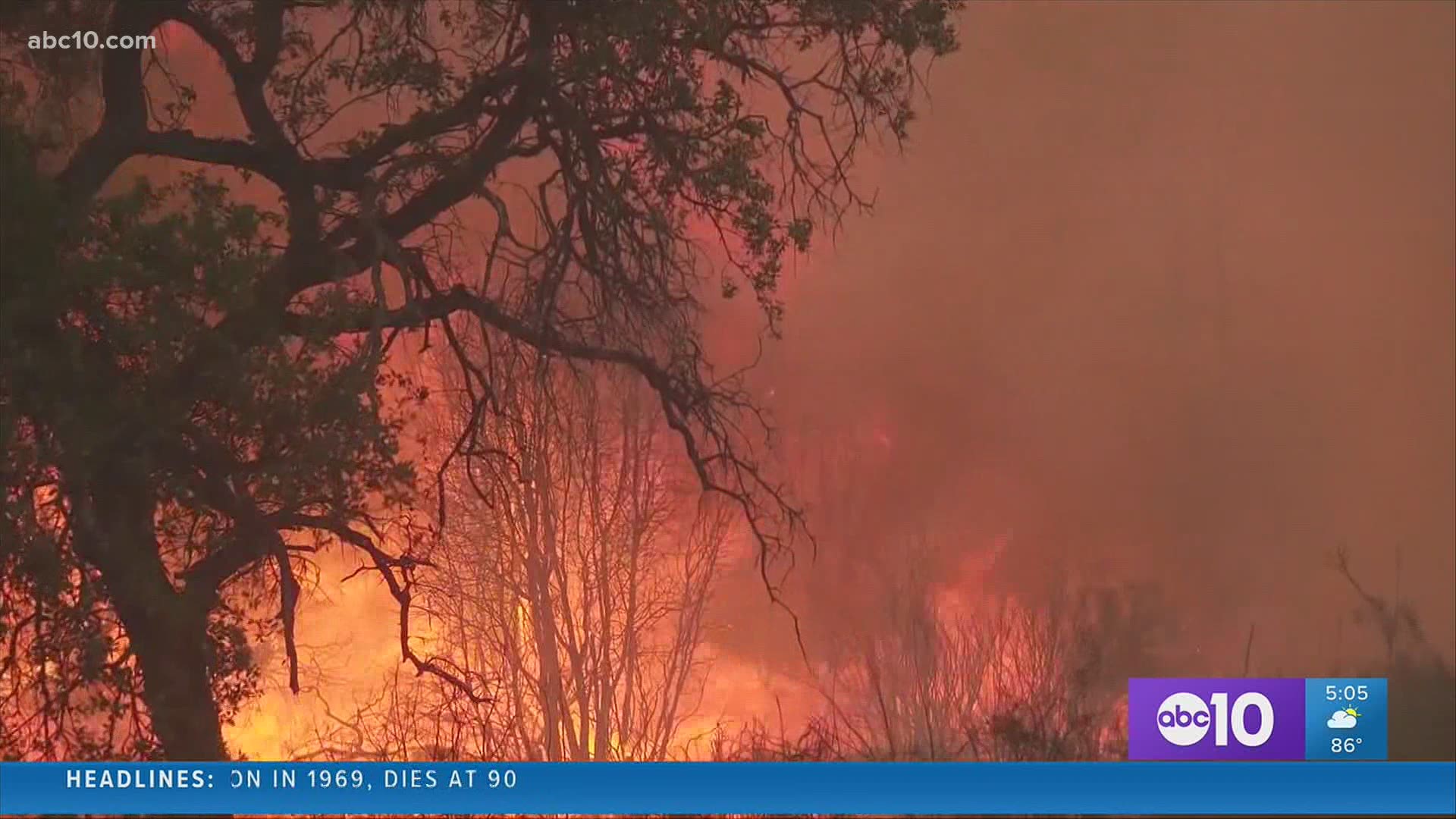 SOLANO COUNTY, Calif. — The Markley Fire, which left two people dead in August 2020, was started by arson, according to the Solano County Sheriff's Office.

At a press conference Wednesday, the sheriff's office revealed that the wildfire sparked on August 18, later merged with the Hennessey Fire and was eventually included with the LNU Lightning Complex.

According to a press release from the sheriff's office, the body of missing 32-year-old Priscilla Castro was discovered. According to a Facebook post from Vacaville Police on September 11, 2020, Castro left for a date with Victor Serriteno, 29, and she was never heard from again.

Later that month, Vacaville police arrested Serriteno. He was charged with murder and has been in custody since he was arrested.

Deputies said, based on the evidence they have gathered, that they believe Serriteno deliberately started the Markley Fire as a way to cover up what he had done. He now faces additional charges of murder and arson.

"Our continues condolences go out to the families affected by these crimes and we hope that this arrest can provide some degree of solace," the Solano County Sheriff's Office said in a press release. "We also want to thank our public safety partners as this arrest would not have been possible without the cooperation of Cal Fire and the Vacaville Police Department."

WATCH NEXT: Why do we no longer have community service workers cleaning the roadways? | Why Guy