Alejandro Ripley was found dead Friday after an Amber Alert was issued. 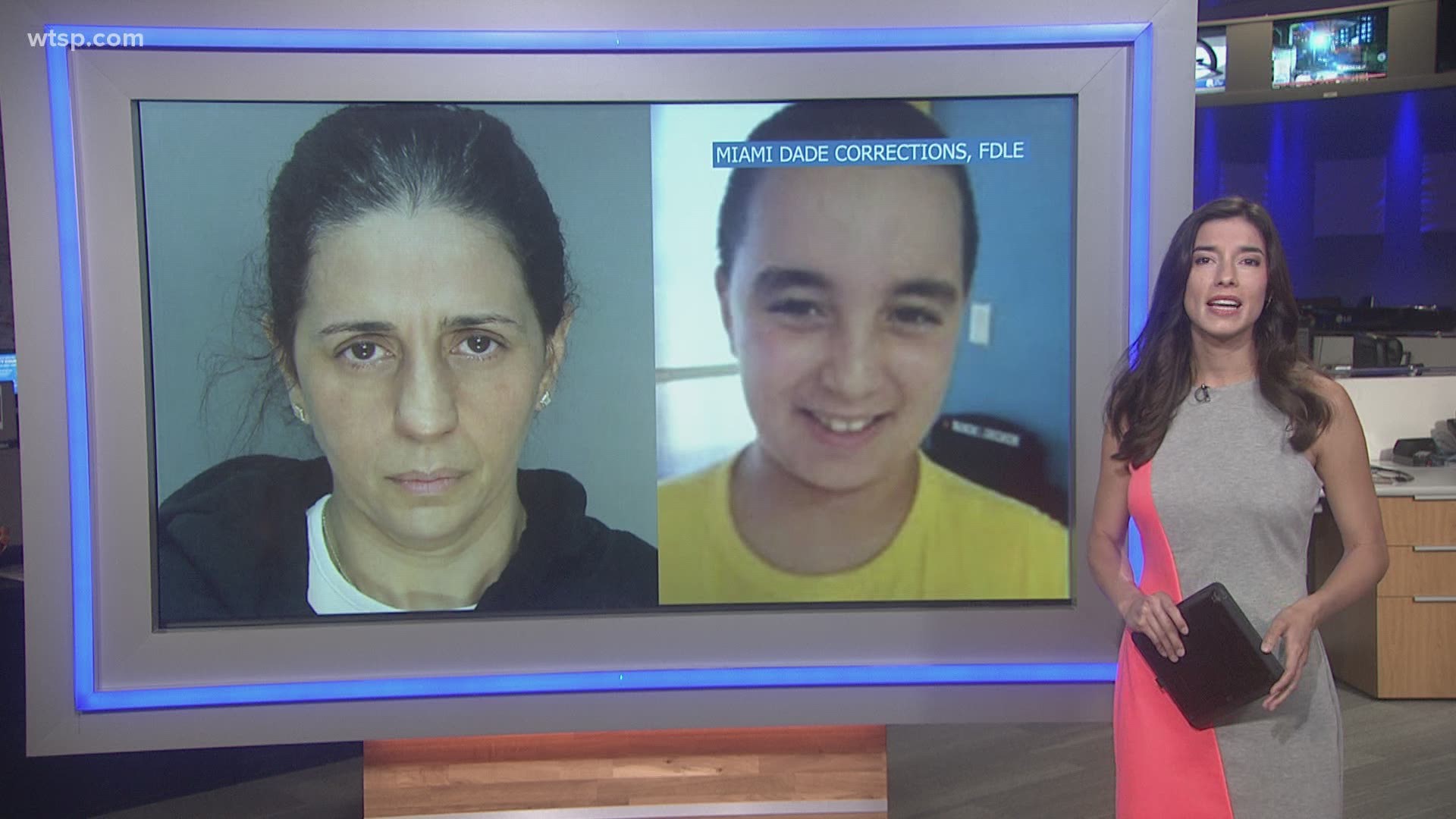 According to the Miami Dade Corrections website, Patricia Ripley, 45, was booked into jail early Saturday morning.

The Miami Herald said Patricia Ripley admitted to police that she was responsible for Alejandro Ripley's death and told officers "he's going to be in a better place."

Alejandro Ripley's body was found Friday floating in a small lake at the Miccosukee Gold and Country Club in Miami and that officers noted trauma to his head, according to WFOR-TV.

During a press conference, Miami-Dade State Attorney Katherine Fernandez Rundle said the boy's mother falsely accused two black men of kidnapping her 9-year-old son with autism. She said no men ever attempted to sideswipe her car, block her in, hold her at knifepoint or kidnap her son.

An investigation and surveillance video showed the mother pushed her son into a canal, according to Fernandez Rundle.

The first canal Patricia Ripley is accused of pushing her son into around 7:30 p.m. was near a residential area where people could hear screaming. Fernandez Rundle said people in the area came out to investigate and saw Alejandro Ripley in the water jumping in to rescue him.

An hour later, officials say she did the same, pushing him into a second canal where there was no one around to help.