Modesto Police were led to Stockton where they encountered the suspect near Sherwood Park. The wounded suspect was taken to a local hospital. 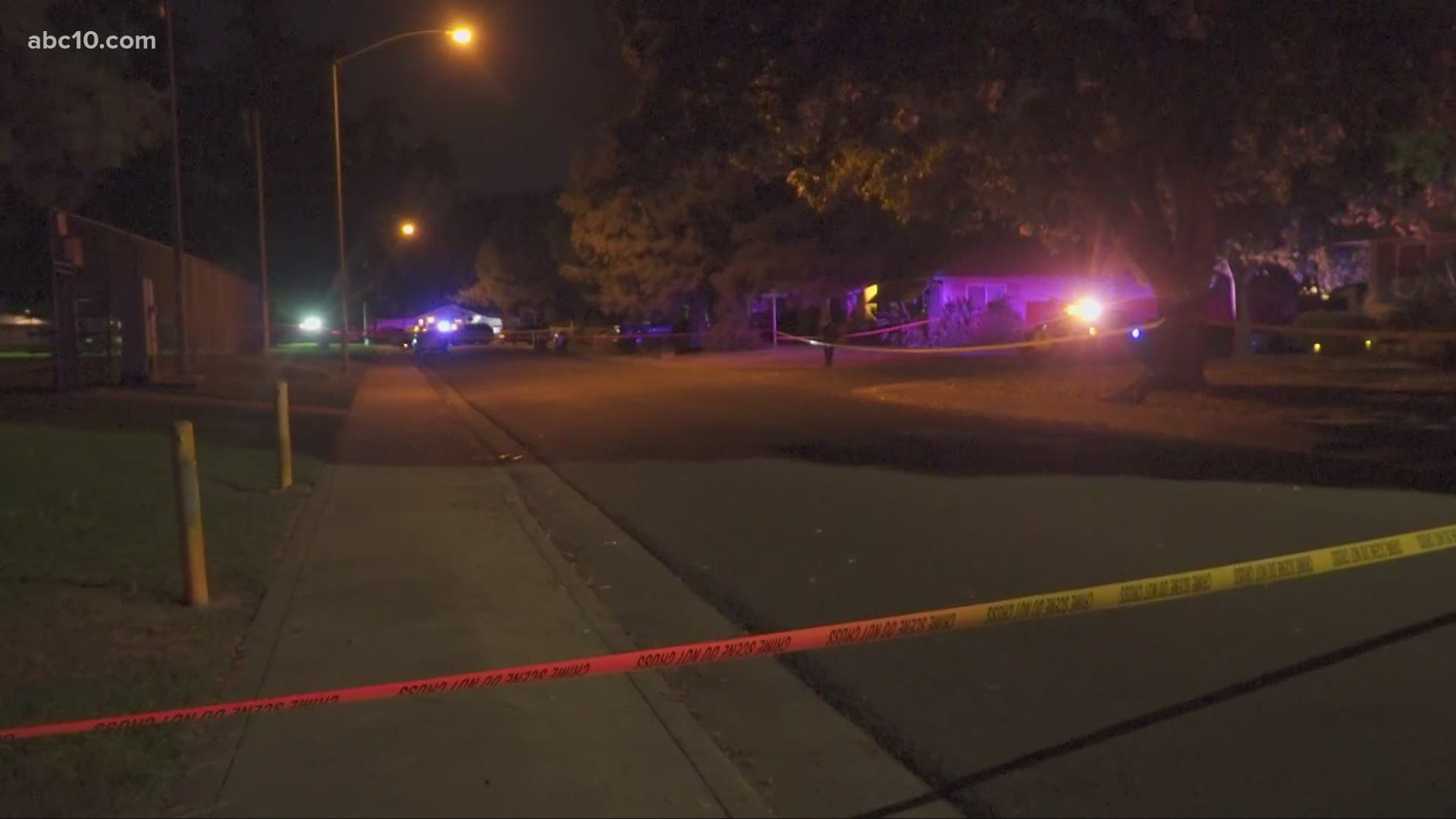 Modesto Police Department has released the names of the victims of the initial shooting on Semple Street, the suspect of which was involved in the officer involved shooting.

Brandon Dewayne Wheeler, 40, of Oakdale, Emilia Natale, 29, of Modesto and Jimmy Lee Sullivan, 35, of Modesto, were each shot multiple times on Oct. 16.

Natale and Wheeler died at the hospital of their injuries. Sullivan is still in serious condition but is expected to survive.

"There is no indication that the victims in this shooting were the intended victims," Modesto Police said in a statement.

The suspect in the triple shooting was taken into custody by police on Tuesday after an officer involved shooting with Modesto police officers.

Modesto Police officers following a lead in a double-homicide investigation shot a suspect near a park in Stockton on Tuesday, Modesto Police Spokesperson Sharon Bear said.

The officers were in Stockton investigating the deadly shooting that happened late Friday night in the 200 block of Semple Street, Bear said. During their investigation, police identified a possible suspect and obtained a warrant for that person.

Investigators were attempting to serve that warrant around noon when they encountered the suspect at Sherwood Way and Banbury Drive, near Sherwood Forest Park. Police said the suspect was armed with a gun when they attempted to contact him and a shooting took place.

The sound of a quick series of gunshots was caught on a home security camera. Just as a neighbor and his wife pulled into their driveway.

“I just seen white puffs of smoke go off and she jumped into the car. By that time the garage door was open I pulled in and I close the garage door,” Russel the neighbor said.

The suspect was struck at least once and was taken to the hospital in unknown condition. No officers were injured, Bear said.

“It was amazing how all the police came together all at once,” Russel said.

Neighbors say this is an unusual scene for this part of Stockton. It’s the first time Connie Rishwain said she has seen something like this in her 55 years living here.

“We love it here Stockton is great and I want everyone to know that,” Rishwain said.

The Stockton Police Department, San Joaquin County District Attorney's Office, and the California Department of Justice will conduct independent investigations into this incident.