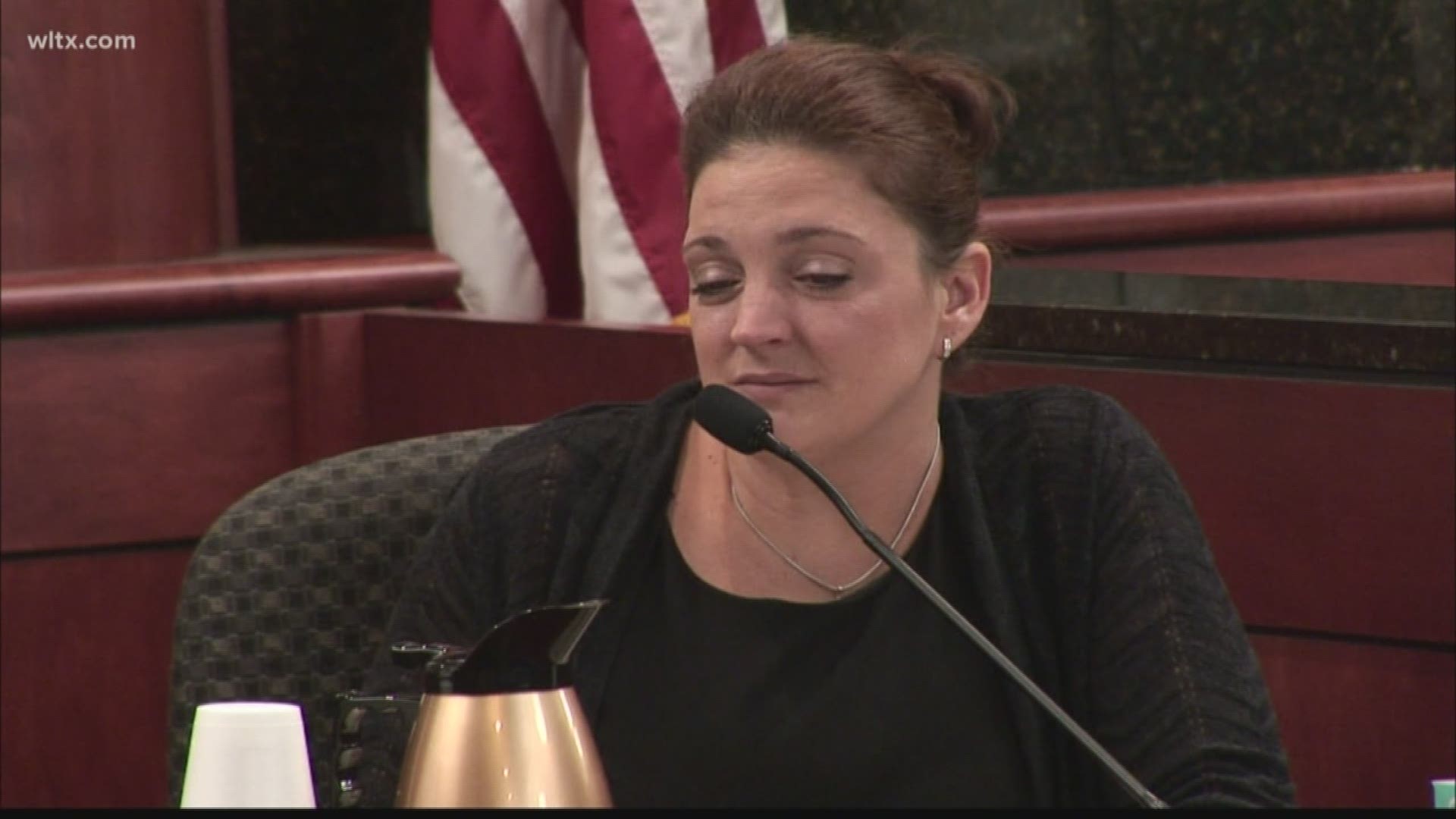 (AP, WLTX) - The mother of five children who were killed by their father stunned a Lexington County courtroom by asking the jury to not sentence her ex-husband to death.

Amber Kyzer testified Tuesday afternoon in the sentencing phase of the trial of Timothy Jones Jr., who was convicted last week of killing his five children in 2014.

"I do," she said if she wanted mercy for Jones, crying at times during her statement. But she said she would respect whatever the jury decides, and she's okay with them making that decision, rather than her.

Even though she did advocated for him to avoid death, she had little sympathy for him. She said the mother in her wants him to feel all the pain and fear she and her children felt when they were killed.

“If I could personally rip his face off I would,” she said. " The mom in me wants him to feel everything.”

Kyzer addressed Jones directly at one point, telling him, "I hope for mercy for you, I pray for you often...There's been so much loss, a lot of loss."

Jones could be seen wiping away tears as she spoke.

She said she's been against the death penalty for most of her life, but at one point, said "fry him" as she continued to watch the video feed of the trial. But she said she's had conflicting emotions while watching the proceedings.

Kyzer said she'd been subpoenaed by the defense to testify. "I'm here for my babies," she said when questioned by defense as to who she came to the court to represent.

Jones and Kyzer separated in the years before the killings. Kyzer said she thought she was making the best choice she could at the time to trust Jones Jr with the children during their separation. She said either she or the Jones family would’ve stepped in if they had any reason to believe Jones would do this to the kids.

RELATED: 'My babies should be alive:' Mom of 5 SC children who were killed testifies

The mother dissolved into sobs when she testified last month for the prosecution about writing her kids a letter apologizing for not being there for them after the couple divorced.

This comes a day after jurors heard from Jones' father and grandmother, who both asked the juror to spare him from the death penalty, saying their family has suffered enough.

Last Tuesday, after a jury found him guilty on all counts of murdering his five children. The jury reached its verdict after six hours of deliberation spread across parts of two days, and came after hearing 15 days of testimony.

Jones was arrested on Sept. 6, 2014, after a traffic safety stop in Smith County, Mississippi, during which law enforcement officers discovered blood and handwritten notes on how to mutilate bodies in Jones’ car. Jones had left the children’s bodies in plastic trash bags in a wooded area outside of Camden, Alabama, earlier that day. He had been traveling throughout the South with the bodies in the back of his car since Aug. 28.