Officials found a cache of 49 weapons that included at least eight illegal guns, thousands of rounds of ammunition, five pipe bombs and materials to make more. 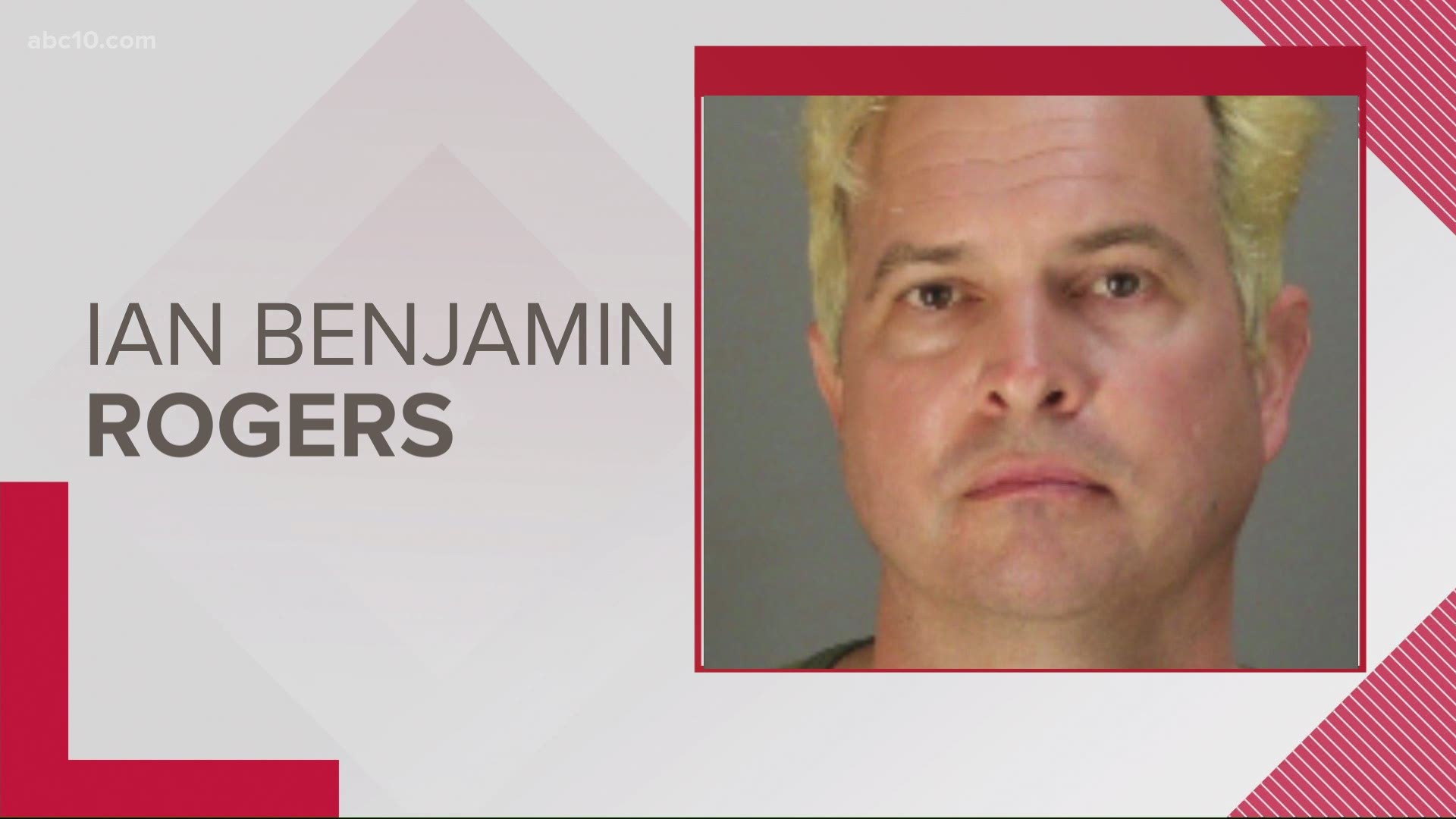 SAN FRANCISCO — A Northern California man has been charged with stockpiling weapons, including pipe bombs, U.S. prosecutors said Wednesday, and the FBI said he sent texts that could be seen as threats against the governor’s office and social media companies.

Ian Rogers, 44, of Napa, was arrested this month on state illegal firearm charges after sheriff’s deputies and federal agents found weapons and explosives at his home and auto repair shop, authorities said. He's being held in lieu of $5 million bail. Federal prosecutors have now charged him with unlawful possession of unregistered destructive devices, according to court records.

Officials found a cache of 49 weapons that included at least eight illegal guns, thousands of rounds of ammunition, five pipe bombs and materials to make more, plus manuals like "The Anarchist Cookbook,” “U.S. Army Improvised Munitions Handbook” and “Homemade C-4 A Recipe for Survival.” He also had a bumper sticker associated with anti-government militia the Three Percenters on his vehicle, prosecutors said.

“We draw a bright line between lawlessness and our constitutional freedoms. We will prosecute illegal weapons stockpiles regardless of the motivation of the offender,” U.S. Attorney David Anderson for the Northern District of California said in a statement.

Rogers’ attorney, Jess Raphael, said Rogers told investigators he explodes the pipe bombs for fun, as if they were larger firecrackers, when he goes camping.
Investigators “stacked tires and exploded them inside some tires and they apparently didn’t even have the capacity to shrink tires,” Raphael said.

He said the anonymous tip came from a disgruntled employee Rogers had fired and who first contacted the FBI in September, but the bureau didn't pursue the case. In October, that employee contacted the Napa County Sheriff's Office, which reached out to the FBI, and the bureau again said there was no connection to terrorism, Raphael said.

But that changed after the Jan. 6 riot at the U.S. Capitol, the attorney said. Raphael, who is representing Rogers in the state charges, said his client has no connection to the riot.

“Mr. Rogers is not a member of any militia, or any hate group. He doesn’t espouse extremist views, even the tipster endorsed that when he was interviewed by law enforcement,” Raphael added.

Rogers is a supporter of former President Donald Trump and once attended a barbecue hosted by the Three Percenters but is not a member of the group, Raphael said.

According to an FBI affidavit in the case, text messages recovered from Roger’s phone showed he believed Trump won the election and talked about attacking Democrats and Twitter, which has suspended Trump's account.

“We can attack Twitter and democrats easy right now,” said part of a Jan. 10 text, according to officials.

In other texts, he wrote: “I want to blow up a democrat building bad. The democrats need to pay,” and said he intended to “go to war” if necessary, the affidavit said.

“I’m thinking sac office first target... Then maybe bird and face offices,” said a text that the affidavit suggested referred to Gov. Gavin Newsom’s Sacramento office and the headquarters of Twitter and Facebook.

“He just got kind of swept up with all of the emotion and the hysteria about President Trump, and the incidents that happened on January 6,” the attorney said.

Rogers will plead not guilty on the 28 state felony charges at a hearing Friday in Napa County Superior Court, Raphael said.
___
This story has been corrected to show that Rogers is 44 years old, not 43.