Waller was convicted of all 46 counts of criminal charges relating to kidnappings, burglaries, rapes and other crimes. 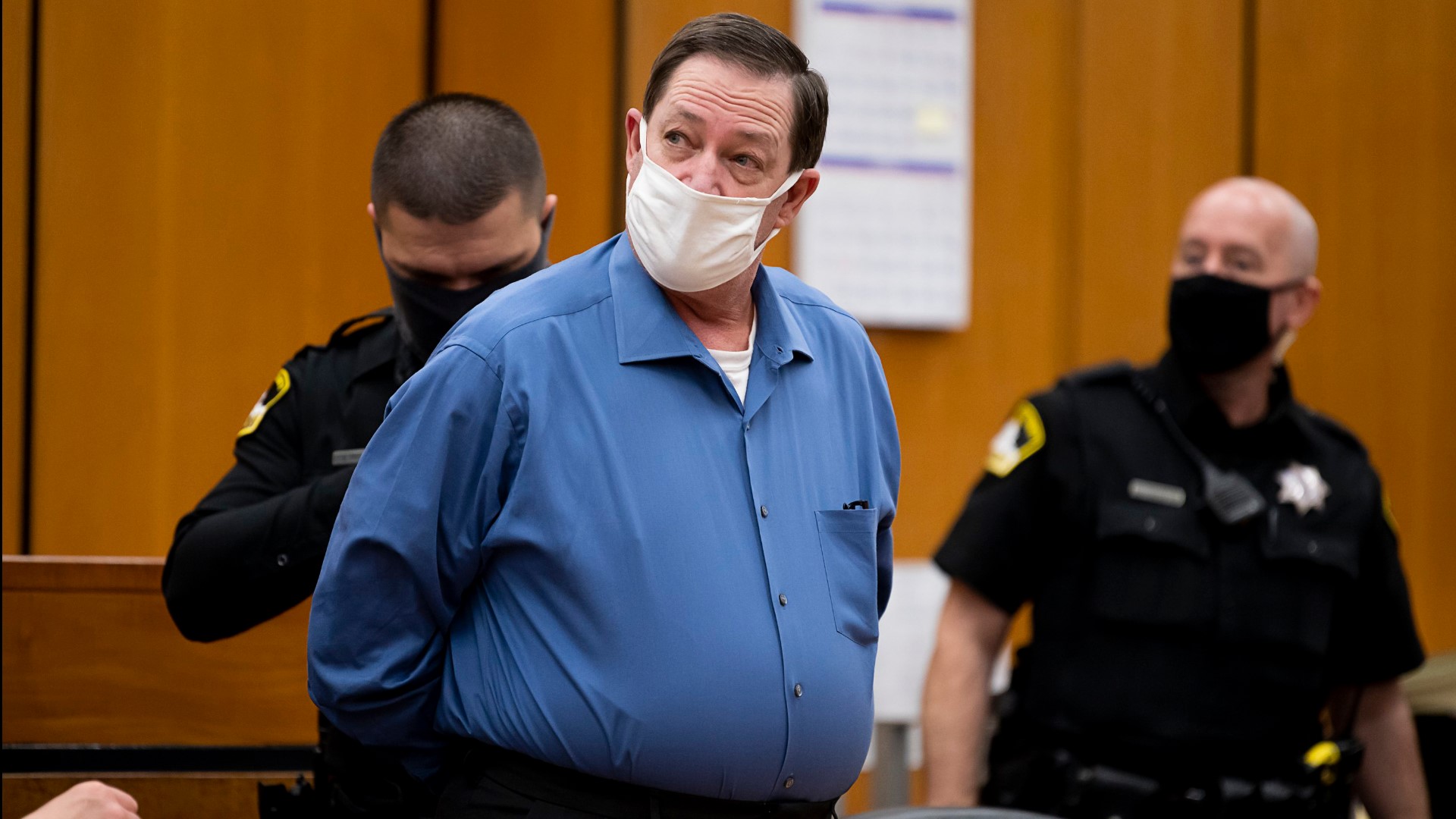 SACRAMENTO, Calif. — After a month of testimony and less than two and a half hours of deliberations, 12 jurors reached their decision in the case of the NorCal Rapist, delivering guilty verdicts on all charges leveled against Roy Charles Waller.

Waller was found guilty of all 46 criminal charges in total. He was charged in connection to 21 rapes across Northern California, many of which happened almost three decades ago. He’s also being charged with kidnappings, burglaries, and other crimes.

After years of no leads on the case, authorities were able to link DNA evidence directly to Waller with help from genetic genealogy and GED Match. Waller was arrested at the age of 58 in Berkeley on Thursday, Sept. 20, 2018, some 27 years after the first reported rape. He was an employee at the University of California, Berkeley at the time.

BREAKING: The accused #NorCalRapist 60-year-old Roy Charles Waller has been found GUILTY of all 46 criminal charges for a series of rapes that happened across Northern California between 19991 and 2006. @ABC10

Different from Joseph DeAngelo (also known as the Golden State Killer) in one aspect, Waller previously pleaded not guilty and moved forward with a trial by jury.

"Nine victims waited for more than 20 years for this moment and it is only with the use of Investigative Genetic Genealogy (IGG) and the science of DNA that it has come. This is their day," Grippi said.

Other victims in the case told ABC10, even though it took decades to get to this day, they feel as though justice has finally been served.

"I just feel like there's some things that will never go away but he's going away!" Theresa Lane said.

Nearly three decades after Lane was attacked, bound, and raped repeatedly in her Vallejo home when she was 30 years old, she sat in the courtroom and watched her accused rapist become convicted on count after count.

"I say DNA is what ended this case, all the police officers, detectives, everybody who worked so hard for years and years working on this, and it was the DNA," she said.

"It was an open and closed case, everything was right there for us," Michael H., juror #7 said.

That's why Michael H. told ABC10 he already had his mind made up as soon as he walked into the deliberation room.

"The DNA was the main reason we all knew it was a slam dunk case. DNA don't lie. The DNA can't show up at every rape case if you're innocent," he said. "It was heartbreaking, tear dropping, what them young ladies had to go through in them times...nobody should have to go through that and it's just terrible the way he prowled on them young ladies."

Nicole Earnest-Payte, one of Waller's first victims, was attacked in her Rohnert Park apartment by a masked man, who held a gun to her head when she was just 21 years old back in 1991.

She sat in the hearing and watched as her rapist was convicted 29 years after the attack.

"29 years in the waiting, a lot of work went into solving this case. I couldn't be more grateful to everyone involved. [It was a] massive amount of work, [a] precedent-setting case. It's a good day," Earnest-Payte said.

The Sacramento County District Attorney's Office had said all along that this was a DNA case. They said nine victims waited for more than 20 years for this moment, thanks to the use of 'Investigative Genetic Genealogy,' the same method that was used to convict the Golden State Killer.

"We're just thankful that the DNA was there and that the victims were able to receive justice no matter how long it took," said prosecutor Keith Hill.

Waller is expected to be back in court on December 18 at 10:30 a.m. for his sentencing hearing.

READ MORE FROM THE CASE OF THE NORCAL RAPIST FROM ABC10: