Notable inmates on California’s death row and their crimes

Scott Peterson is among the 737 inmates on the largest death row in the nation. 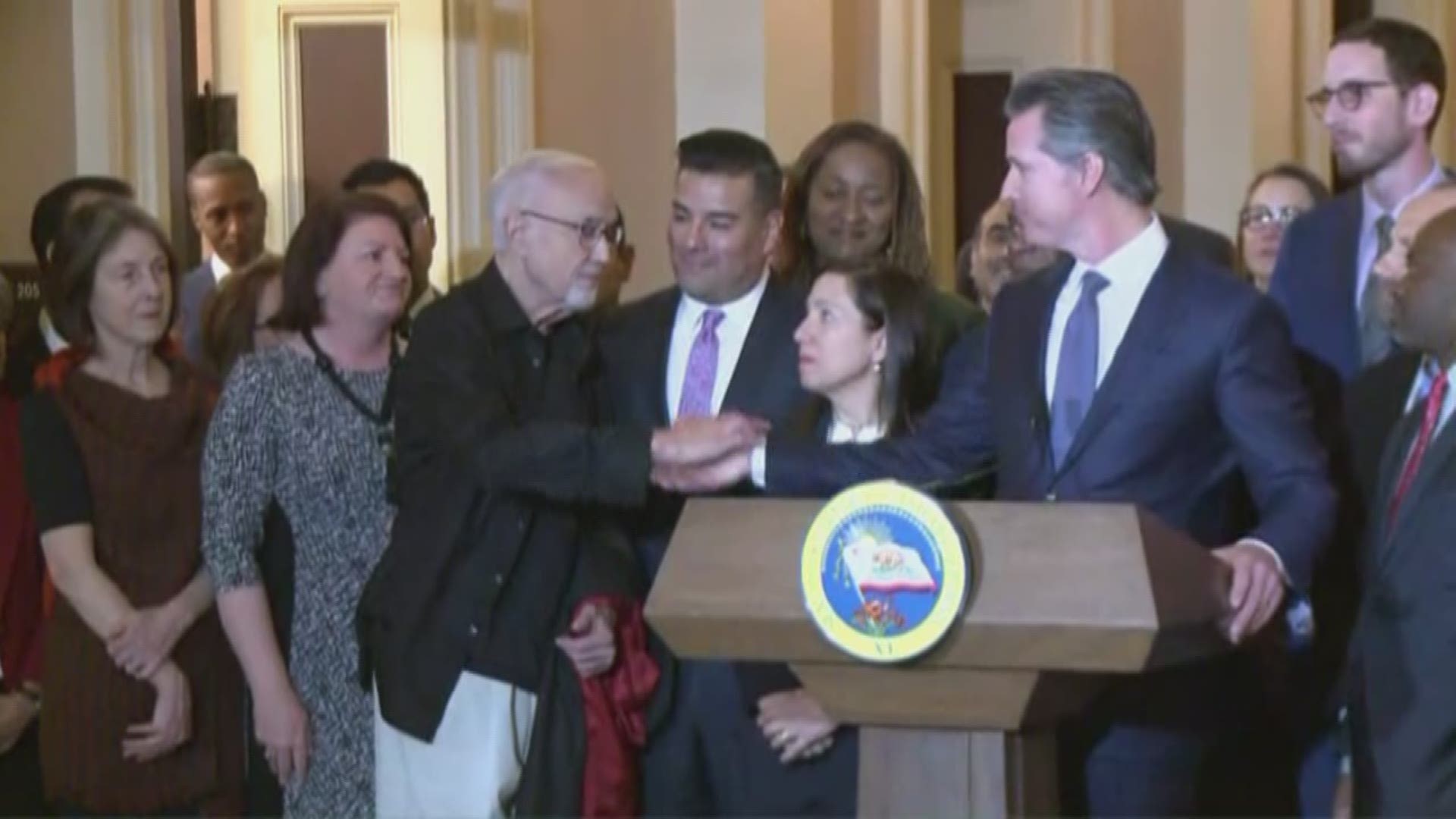 SACRAMENTO, Calif. (AP) — California Gov. Gavin Newsom called the death penalty a "failure" that has discriminated against the mentally ill, minorities and the poor while announcing his decision to place a moratorium on executions in the state.

The 737 inmates on the largest death row in the nation were given a reprieve Wednesday when Newsom signed the executive order.

Here are some notable inmates out of more than 700 people on the nation’s largest death row:

After he reported his pregnant wife missing on Christmas Eve 2002, police pursued nearly 10,000 tips, and looked at parolees and convicted sex offenders as possible suspects. Ultimately, Peterson was arrested and convicted of first-degree murder in the death of Laci Peterson and second-degree murder for their unborn son in Modesto, California. Now 46, he’s housed at San Quentin State Prison.

Davis, 64, has been on death row at San Quentin since his 1996 conviction in the kidnapping and murder of 12-year-old Polly Klaas of Petaluma, California. The case helped gain support for California’s “three-strikes law” for repeat offenders. A third conviction for a serious felony leads to an automatic life sentence.

A serial killer nicknamed the “Grim Sleeper,” Franklin was convicted in 2016 for the killings of nine women and a teenage girl in Los Angeles dating to the 1980s. He was linked at trial to 14 slayings, including four women he wasn’t charged with killing. Police have said Franklin, now 66, may have had as many as 25 victims.

He was convicted along with an accomplice, Leonard Lake, of killing 11 people at a cabin in the Sierra Nevada foothills during the 1980s. Lake killed himself in 1985. Ng’s prosecution cost California approximately $20 million, the most expensive trial in state history at the time. Now 58, Ng is housed at San Quentin.

Prosecutors said Alcala, now 75, stalked women like prey and took earrings as trophies from some of his victims. He was sentenced to death in 2010 for five slayings in California between 1977 and 1979. In 2013, he received an additional 25 years to life after pleading guilty to two homicides in New York. Investigators say his true victim count may never be known.

A former high school vice principal, Brothers was convicted of killing his wife, their three young children and his mother-in-law. Prosecutors said he tried to create an alibi by flying to Columbus, Ohio, with the pretext of visiting his brother. He then drove his rental car to Bakersfield, California, to kill his family and returned to Ohio. Now 57, he’s been on San Quentin’s death row since 2007.

Her husband’s death was initially ruled undetermined, which meant Rodriguez was ineligible for a payout on his life insurance. After she pushed for more testing, it was determined that Frank Rodriguez died of antifreeze poisoning. She was arrested for his death and convicted in 2004. She also was accused — but never convicted — of killing her infant daughter in 1993.

1 / 4
California Department of Corrections and Rehabilitation
In this March 13, 2019 photo, San Quentin employees are seen removing a gas chamber chair from the execution chamber at the state prison.

California Gov. Gavin Newsom has signed an executive order putting a moratorium on executions in the most populous state.