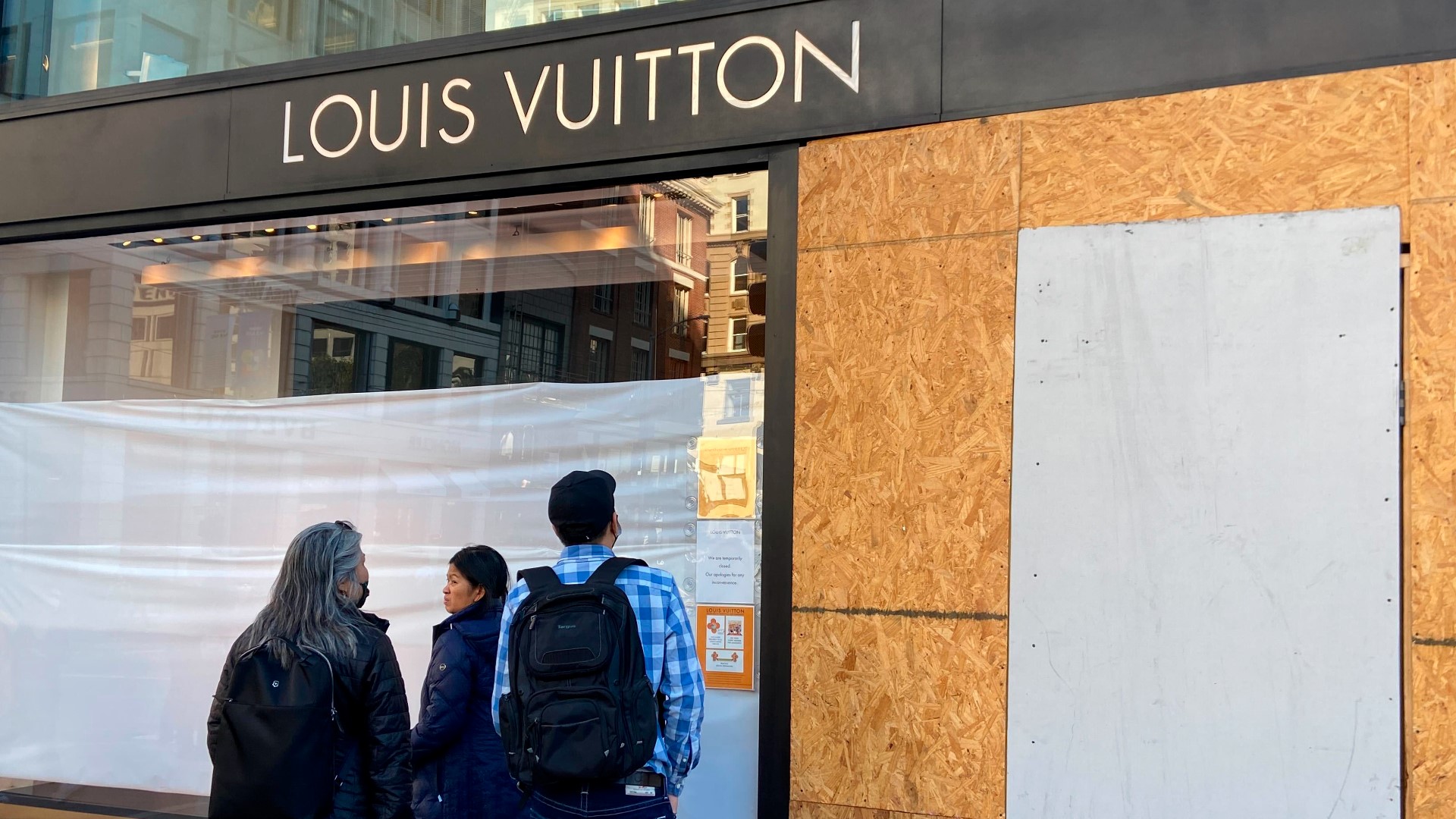 Roughly 80 masked robbers armed with pepper spray and crowbars ransacked a Nordstrom in Walnut Creek Saturday night, smashing and grabbing goods from shelves, employees and even customers, according to police.

"Walnut Creek is like a very safe place to come, and I didn't really expect that to happen," said Jessica Ramirez, a shopper.

Walnut Creek Police urged nearby businesses to close early Sunday as they gathered intel that another organized robbery was in the works.

"It's horrible that this is happening around the holiday season, when we're finally able to go out and about during the pandemic," said another shopper, Jeannette Ilyev.

The Walnut Creek Police Department is actively monitoring intelligence that indicates the group of thieves who stole from the Broadway Plaza Nordstrom last night are considering similar activity later today. This has not been confirmed, but out of an abundance of caution, pic.twitter.com/SXd8SUROjs

Investigators are working to determine if there is a link between the Nordstrom heist and another the night before that targeted a Louis Vuitton store in San Francisco.

Some security experts believe the rise in brazen robberies stem from no-chase store policies and changes in California laws intended to reduce costs of incarceration. Shoplifting charges under $950 dollars were reduced from felonies to misdemeanors.

"I think what happens now is there's no accountability for it anymore, and the liability for the stores if they try to apprehend these guys. They just stand by and watch," said Steve Reed, a retired police officer and the former head of security at Arden Fair Mall.

As frustrating as it is, security experts say not intervening is the safest thing anyone can do in a robbery situation.

"I cannot overstate the importance of doing that," said Hector Alvarez, a corporate security expert with more than 15 years of training. "Find a way to duck into a corner, get behind something and literally become spam, don't become part of the noise."

Alvarez says its key to be aware of your surroundings and to have a plan in place when you're out with your family by designating a meeting spot, memorizing important phone numbers and knowing exit routes in case of an emergency.

"If you haven't thought about your personal safety ahead of time, a lot of people get like a deer in the headlights look and reaction and they freeze," he said.

Alvarez and Reed say without strong-handed accountability the problem could get worse. Reed called on government officials to make changes.

In the meantime, they say for everyday citizens, the most important thing is to keep you and your family safe if something like this ever happens, and to be a good witness to help investigators track down the culprits.

Why Sacramento businesses are seeing spike in retail theft