The 79-year-old man is heard on the video asking deputies to kill him as he sat in his Bobcat tractor, having been shot in the leg. 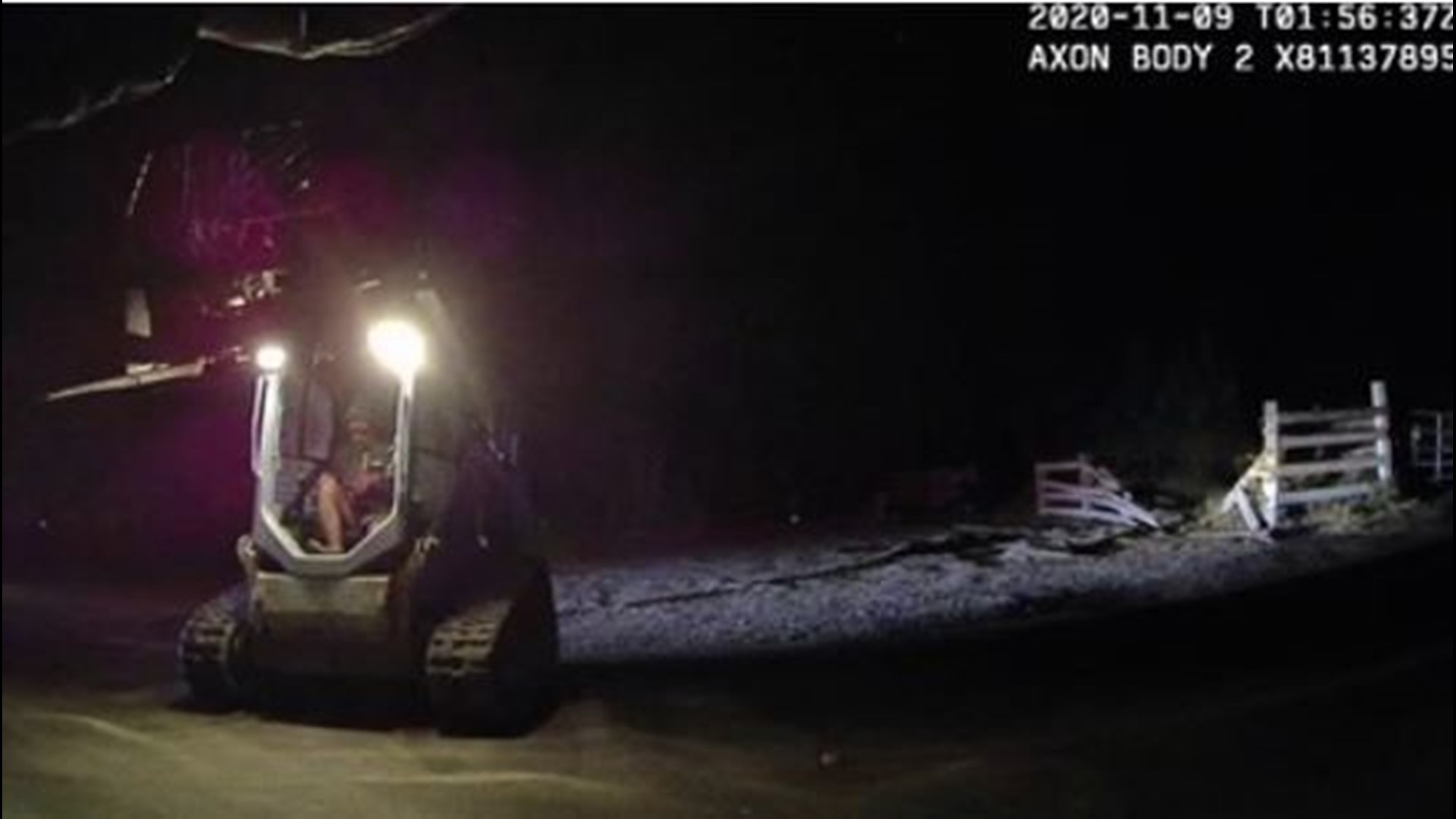 DENAIR, Calif. — Stanislaus County Sheriff's Office [SCSO] has released body camera video of deputies shooting an elderly Denair man after he allegedly drove a tractor at them and another car.

79-year-old Seo Myong Yang was shot after Sheriff's deputies were called to his property at the 1700 block of North Gratton Road on November 8. Yang survived the shooting.

Stanislaus County Sheriff Jeff Dirkse spoke in SCSO's video of the incident, which has a mix of police audio and body cam footage.

Dirkse said that deputies tried to talk with Yang at that time, but he got into a Bobcat tractor and drove away. Deputies spoke with Yang's wife, who said that he had been acting strangely and she'd decided to seek mental health treatment for him later in the week.

The officers cleared the call since no crime had been committed, but were called back roughly 25 minutes later. On that second call, the SCSO said Yang was driving the Bobcat tractor in an "unsafe manner."

In the video, deputies are seen arriving at the property and see the tractor with its lights on just behind a low wooden fence. An officer calls out to Yang, and the tractor turns off.

Yang responds that he is "fine." The rest of his words are difficult to hear, then he appears to say an expletive phrase and the tractor turns on again. Yang, driving the tractor starts breaking down the fences on his property. Another patrol car pulls up, as the officer speaking tells them to "back up...just create distance" from the tractor.

"Just get away from your car," the officer said.

Several times in the body cam footage, Yang, driving the tractor, approaches the patrol car. A passing car also comes down the road, and the tractor seems to be blocking its way and jiggling the forklift mechanism. He then turns, and appears to be driving away from the car when the officer shoots multiple times.

At least 15 shots are heard as Yang's tractor slowly drives down the road. The officer tells Yang to turn off the tractor and get out. Yang stayed in the tractor.

According to SCSO, deputies spoke with Yang for more than five minutes, during which time Yang repeatedly demanded that the officers harm him. Eventually, deputies approached the Bobcat, believing Yang would not turn it back on.

Additional video shows these moments as Yang is handcuffed and police take him out of the tractor. Yang was shot in the leg and was taken to the hospital. He was later arrested for assault with a deadly weapon.

Attorney Steve Katz, who has no ties to this case, feels the situation should have been handled differently. He said the man was not even driving the tractor at anybody when he was shot.

“There’s just no need to do this," Katz said. "It’s, in my mind, an absolutely unjustified shooting, and I would be shocked if the district attorney files any charges for assault against the gentleman who was shot.”