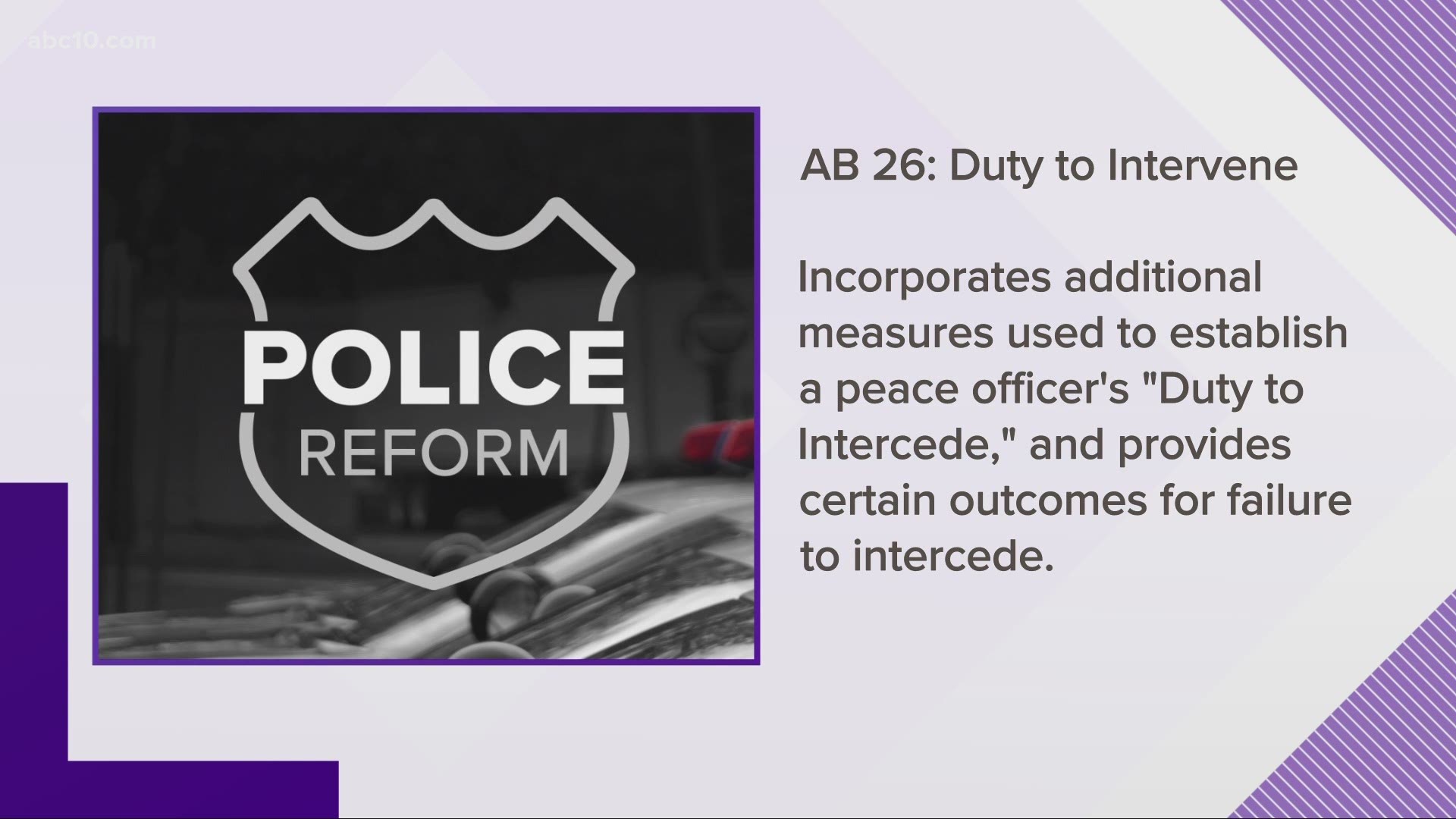 SACRAMENTO, Calif. — "The time is now for us to act; no more kneeling and social media posts," California Senator Steven Bradford said when the California Legislative Black Caucus discussed police reform bills introduced to the legislature.

While the guilty verdict in the murder of George Floyd held former officer Derek Chauvin accountable for his action, Sacramento Police Chief Daniel Hahn agreed with Bradford that more change is needed.

"It's a good thing that there was accountability in this case. I do not think that we should believe that this means more than it really does. And we have a lot of work to do," Hahn said.

Hahn added that he doesn't want the next generation of Black and Brown Americans to have to question whether they are safe in their interactions with the police.

The California legislation has in the recent past passed legislation that Governor Gavin Newsom signed into law to effect change within policing. But as Hahn said, there is a root cause that needs to be addressed.

"That root cause is racism and challenge with any difference," Hahn said. "It's any number of differences that we have not dealt with well in our country."

The California Department of Justice reported the 703 use of force claims its office received regarding law enforcement in 2019.

The Department of Justice reports 56% of the 738 civilians were considered to have signs of impairment or disability.

Roughly 60% of the use of force claims resulted in serious injury to the civilian, and nearly 20% resulted in a death.