The incident started just after 8:30 p.m. after a police officer spotted a silver pickup doing donuts in the rear parking lot of the Vacaville City Hall. 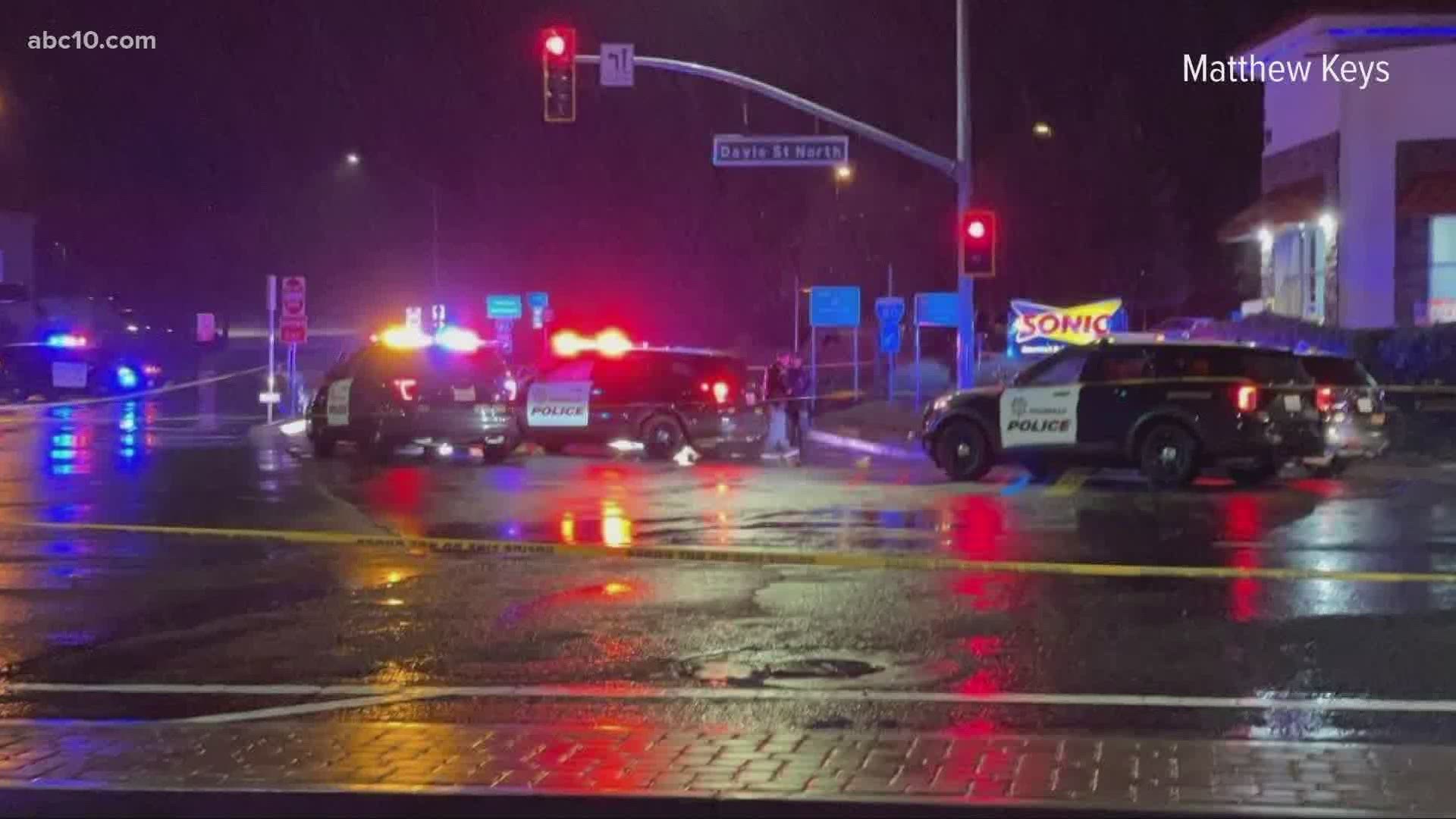 The incident started just after 8:30 p.m. after a police officer spotted a silver pickup doing donuts in the rear parking lot of the Vacaville City Hall.

City Hall is located next door to the police station, and an officer quickly responded to try and stop the truck, but the driver took off. According to police, the pickup driver led police through a residential area and then to Davis Street at the Vacaville Skating Center.

The officer that initiated the chase then broadcast over the radio that the pickup driver had stuck his squad car. That police officer was injured and taken to Kaiser Vacaville with non-life-threatening injuries.

More officers joined in the pursuit and the pickup driver led them from the skate center to a Sonic restaurant near Davis Street and Bella Vista Road. According to police, it was here that officers fired at the suspect, striking him at least one time.

Officers attempted to resuscitate the suspect, but he was pronounced dead at the scene. So far, that person has only been identified as a white adult male.

No other details about this incident have been released.