Sacramento man resigns from positions in California Republican Assembly due to participation in U.S. Capitol riot

Jorge Riley resigned from his positions in the California Republican Assembly after posting about his participation in the pro-Trump mob that stormed Capitol Hill. 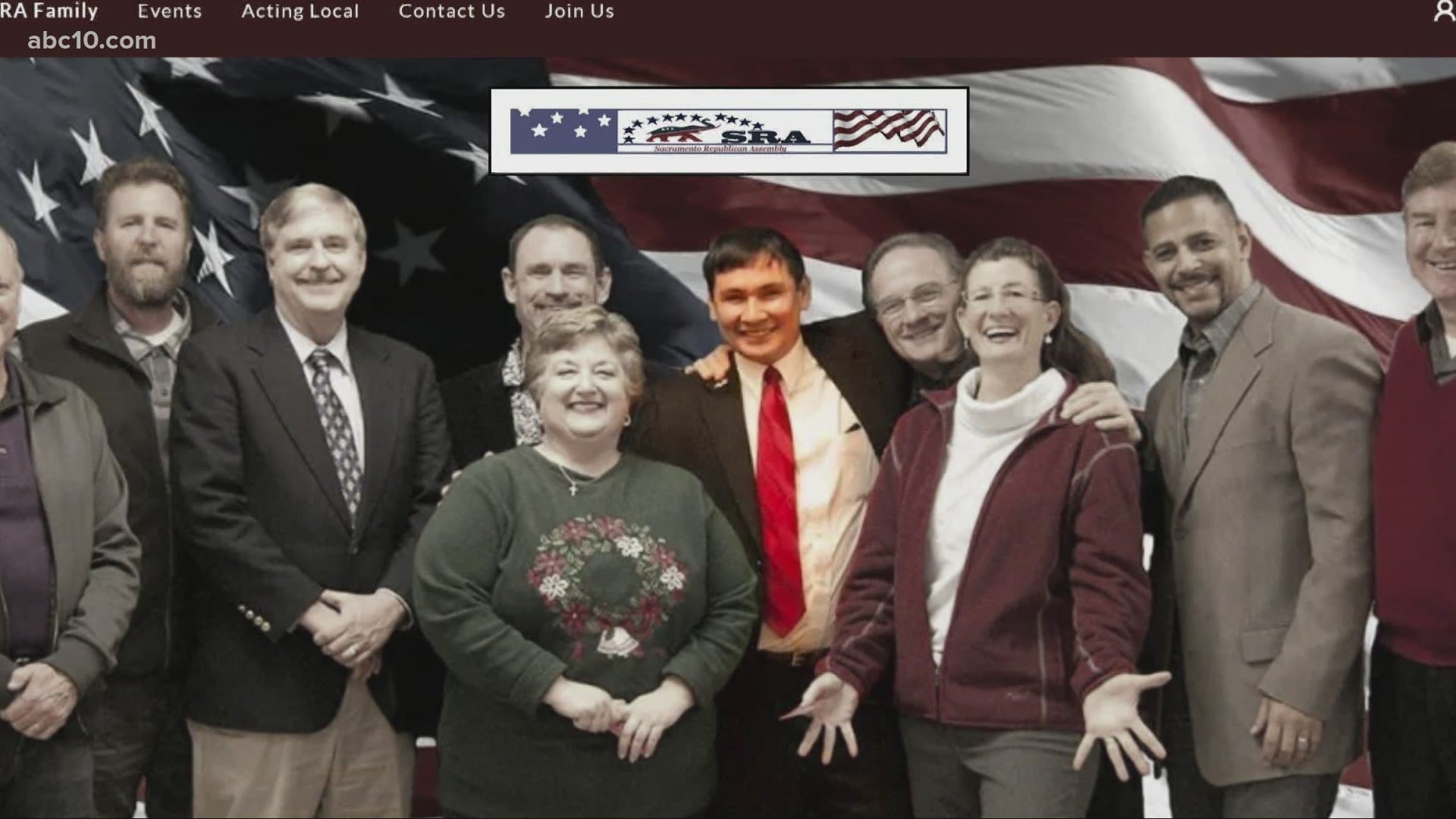 SACRAMENTO, Calif. — A Sacramento man has resigned from his positions in the California Republican Assembly (CRA), a Republican volunteer organization, after it was learned he participated in the violent, pro-Trump siege on Capitol Hill on Jan. 6.

Jorge Riley served as Corresponding Secretary for the State Board of the California Republican Assembly and President of the Sacramento Chapter, the CRA confirmed. On Thursday, Riley resigned from both positions after photos and video posted on his personal Facebook page showed him actively participating in the raid.

In a video posted on Reddit, Riley is answering questions outside the U.S. Capitol building, which he had reportedly stormed just moments prior.

"We breached over there I think. We broke windows. We went into the door. We pushed our way in," Riley said in the Reddit video.

He later describes going further and further into the Capitol Building and later pushing his way to Nancy Pelosi's office.

Riley described his involvement as a "mostly peaceful physical takeover of the Capitol."

The CRA issued the following statement about this incident:

“For the last six months, citizens have taken to the streets across the nation in protest, demanding to be heard by those in office. Most did so peacefully, some did not.

On January 6, 2021 citizens once again gathered in protest, demanding to be heard. And once again most were peaceful, some were not.

The California Republican Assembly strongly condemns lawlessness. It is not an appropriate way to seek redress from our government and is inconsistent with the values of CRA.

Specifically, we denounce the lawlessness that took place at our nation’s capital on January 6, 2021. The perpetrators should be prosecuted to the fullest extent of the law. CRA was not involved with the event and any participation by individual CRA members was in their capacity as private citizens.

We have come to learn that a member of CRA did take part in the events at the Capitol. CRA President Johnnie Morgan has demanded that the member, Jorge Riley of Sacramento, resign his membership in CRA immediately as it is important to have leaders whose actions exemplify positive engagement in the civil governance process. If he does not resign, we will seek his expulsion from the organization.”

Craig DeLuz is a spokesperson for the CRA. He is calling for unity in our nation. Though, he criticized some in the media and the Democratic Party for rhetoric he says leads to a division.

DeLuz compared what happened at the Capitol on Jan. 6, to many of the other protests that have happened over the last six months in the United States.

Director of the Study for Hate and Extremism at CSU San Bernardino, Brian Levin, argues that the groups are very different.

“Black lives matter, if you look at the leadership and the messaging coming out of there, it’s for peaceful social justice protests," Levin said. "You’re not hearing that from some of the extremists on the hard, hard right.”

Riley is shown wearing a Sac Republic Football Club sweatshirt under his leather jacket at the U.S. Capitol. The club released a statement Thursday evening condemning the man's actions.

"The individual in this video is not a Republic FC member, has no association with the club in any manner, and unequivocally does not represent the values of this club. We have already shared all information with the appropriate authorities.

Violence and the desecration of our democratic institutions that bind us together is unacceptable in all forms.  We will not stand for it and will continue to work in our community every day to promote unity, respect, appreciation and love for one another."

ABC 10 has made repeated attempts to contact Riley, but he has not yet responded to any of our messages.

1 / 9
AP
U.S. Capitol Police with guns drawn watch as protesters try to break into the House Chamber at the U.S. Capitol on Wednesday, Jan. 6, 2021, in Washington. (AP Photo/J. Scott Applewhite)