Adam Wolf, the teenager's father, said his son was afraid after watching the Vacaville Police officer throwing his scooter aside, which is why he tried to get away. 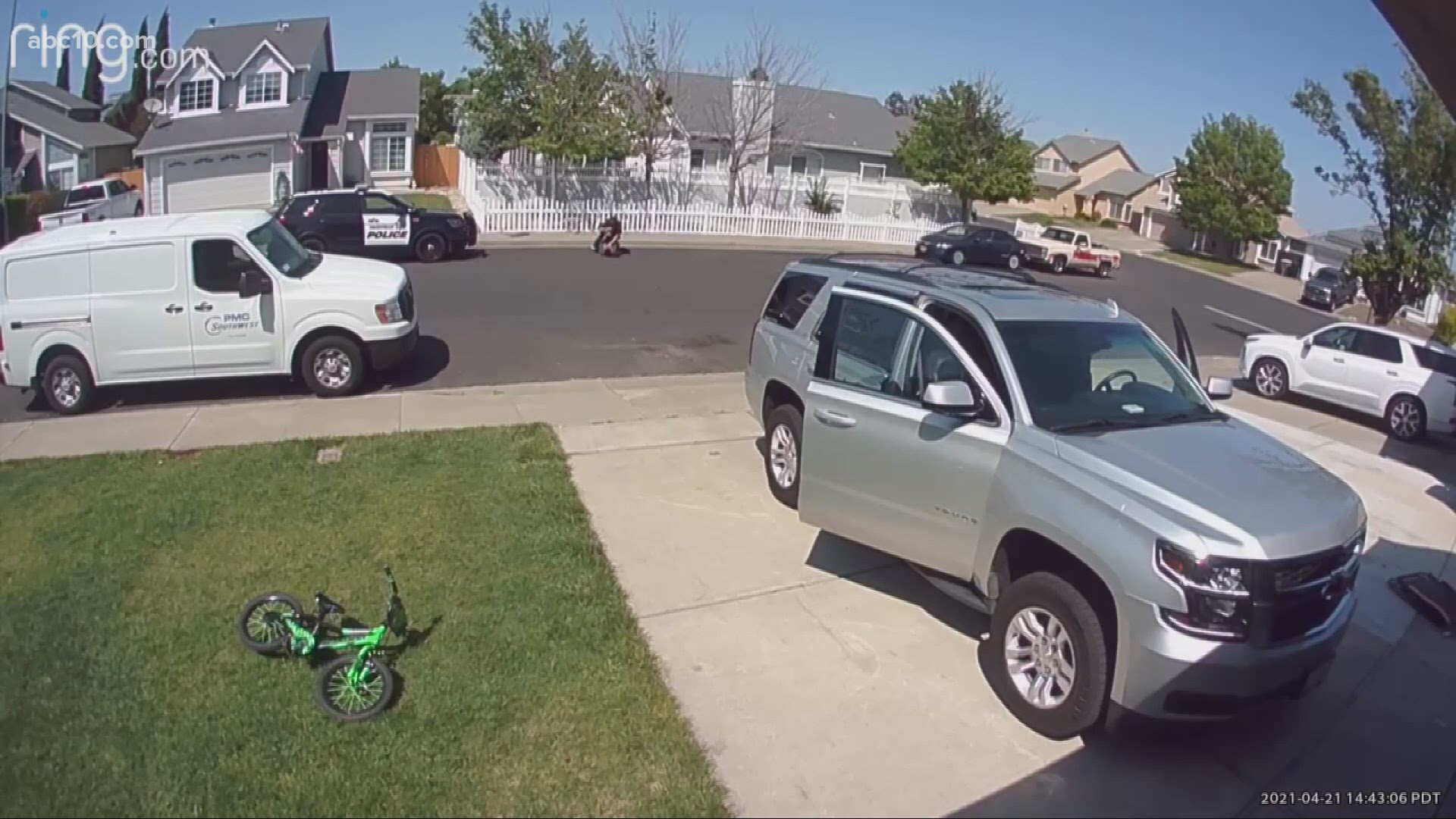 VACAVILLE, Calif. — The family of a 17-year-old with autism released a video that appears to show a Vacaville Police officer throwing him to the ground before punching him at least once.

The ring video shows a Vacaville police officer approaching the teenager on the sidewalk. The officer seems to order him to sit down on the ground, which he does.

The officer then picks up the teen's scooter and tosses it aside. The officer grabs the teen when it appears he was about to run away, throws him to the ground, climbs on top of him and punches him at least once.

Adam Wolf, the teenager's father, said his son was afraid after watching the officer throw his scooter aside, which is why he tried to get away.

Vacaville police said the teenager matched the description of a suspect accused of attacking someone with either a knife or a pipe. They said the teen tried to resist arrest after the officer pulled out his handcuffs.

Officers gave the teen a ticket and forwarded the incident to both youth services and the district attorney's office for review.

ABC10 is choosing not to reveal the teenager's identity due to their age.

Police say the officer didn't know the teenager has autism. Officers gave the teenager's father information on enrolling in Puzzle Project, which would alert officers that they are dealing with someone with special needs.

Police will be interviewing the teenager's neighbors and family members and review the officer's body cam video. The teenager had minor injuries but didn't need to go to the hospital, police said

Police say the family has not pressed charges against the officer as of publication.