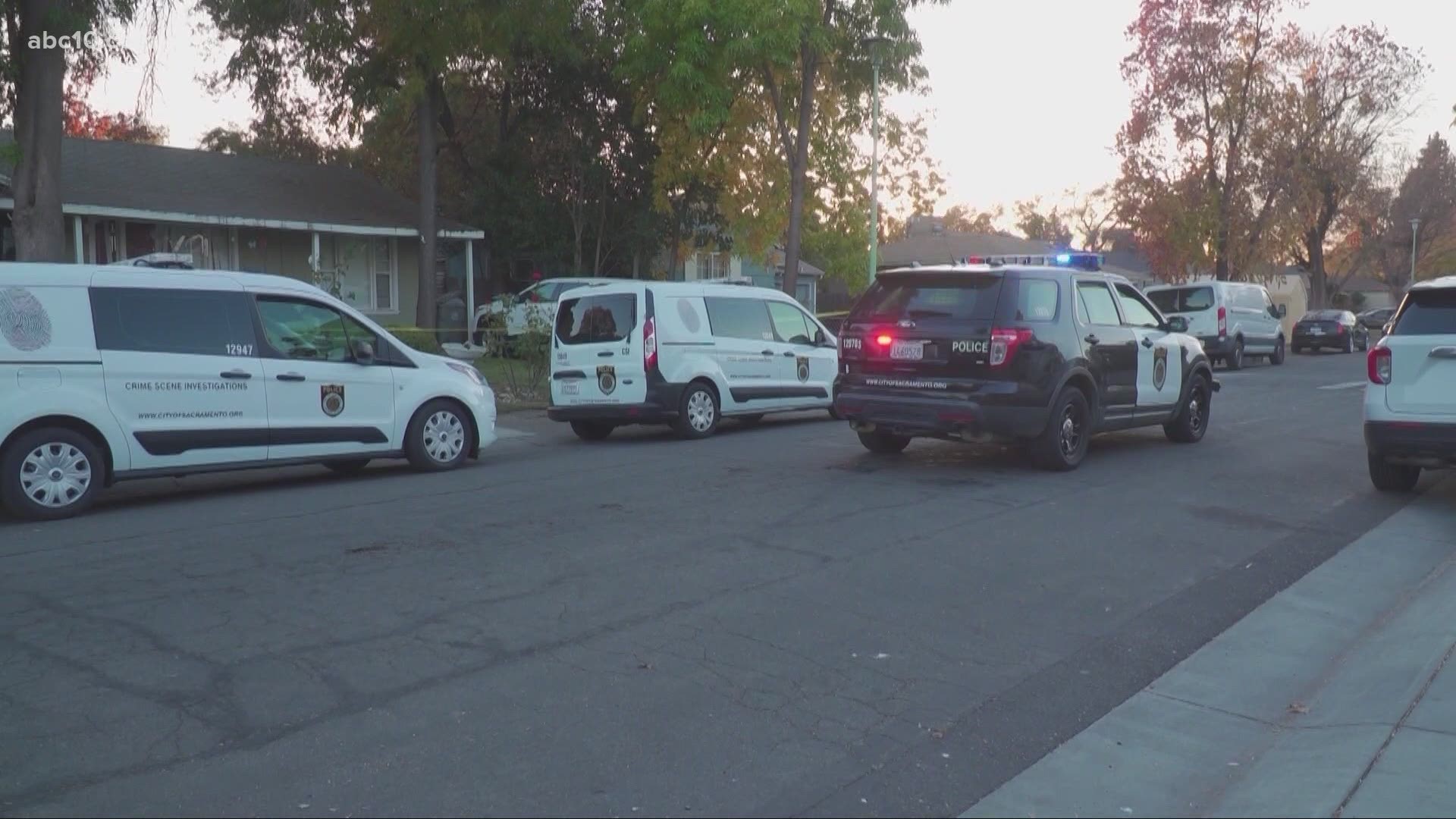 One such example of seizing firearms led to the arrest of three people after a search warrant was served by the Sacramento Police Department North Gang Enforcement Team in January. Not only did the warrant lead officers to a stash of illegally possessed assault weapons with extended magazines and handguns, but also 15 Employment Development Department (EDD) debit cards with various names and a notebook filled with information used to obtain fraudulent funds from EDD.

"This is officers being proactive, found guns and through that process also found these folks were stealing from EDD," said Hahn. "A lot of money from EDD."

Hahn notes the increase in homicides over the last year comes as hundreds of officers, including homicide detectives, gang detectives, community outreach officers and police dispatchers have been redeployed from their primary assignments to monitor violent political protests, most recently at Sacramento Mayor Darrell Steinberg's home.

"The mayor's house required about 80 officers, but that has slowed down a bit," explained Hahn. "And as you can see in this case., officers are able to get back into the community and do proactive work and make cases like this. I do think taking those guns off the street will make our community safer."

The chief also says he's also hopeful that the COVID-19 vaccine rollout will help bring an end to the pandemic that he believes has played a part in the recent violence.

"School sports all those things pretty much ended a year ago. A lot of the things that we utilize to help keep young people out of crime and violence have been put on hold during this health crisis and the things that we've had going on for the last year," said Hahn.

Officers say an examination of the accounts reveals that the couple had received more than $550,000 in fraudulent EDD claims.