Security video shows the customer throwing a drink and tip jar at the The Coconut on T worker on Saturday night. 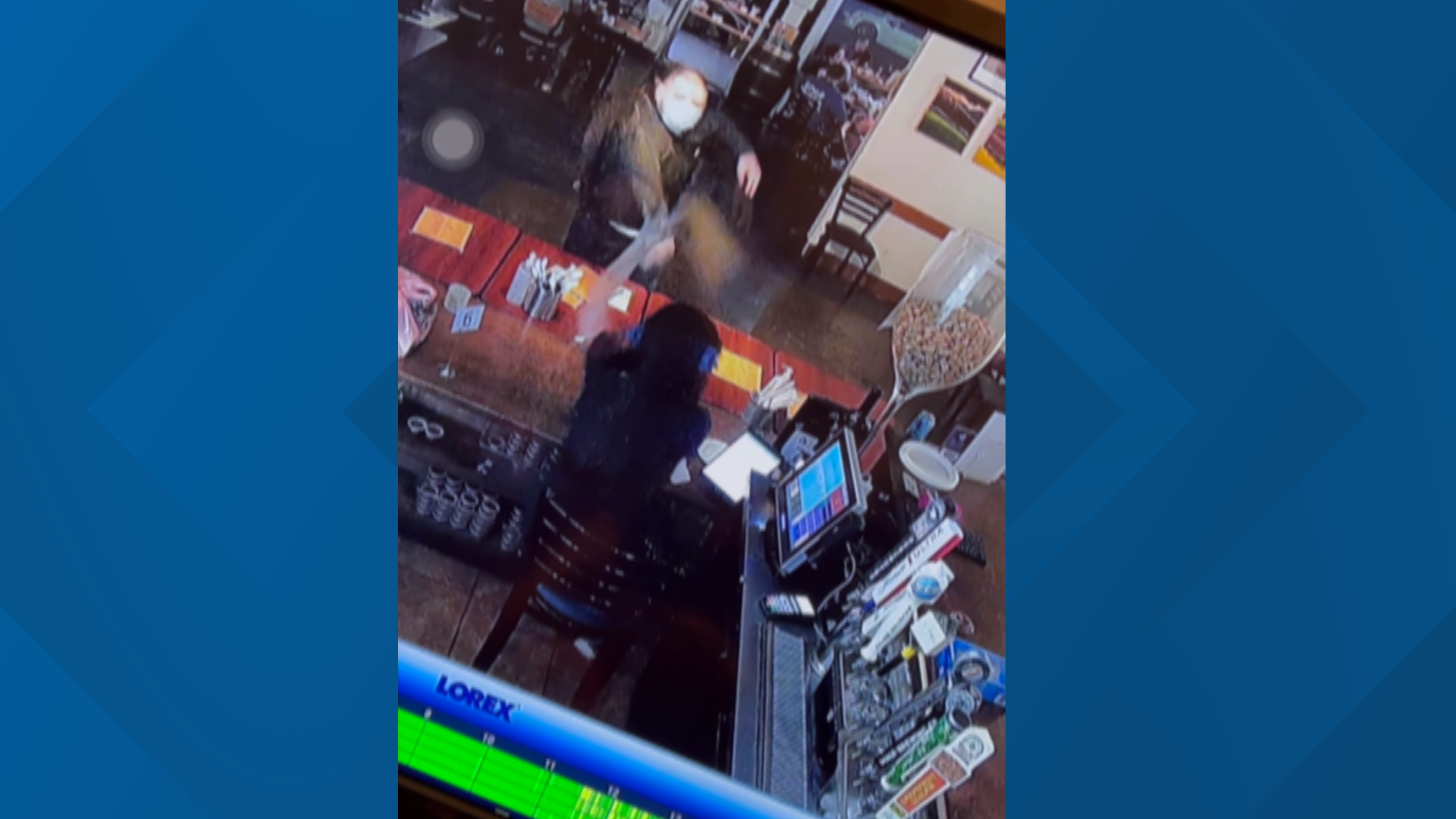 SACRAMENTO, Calif. — A worker at The Coconut on T in Southside Park was assaulted just before closing time at the popular Sacramento restaurant on Saturday night.

In security video shared with ABC10, the customer is seen hurling a drink at the worker behind the counter, missing, and then chucking a tin tip jar at the woman as well. A second worker tries to intervene and is pushed to the ground. Fighting back, the worker throws the tip jar back at the customer, who angrily stormed off.

The worker said the violent interaction was set off because they ran out of cold glasses for a beer that the man had ordered after he picked up his takeout order minutes earlier.

The Coconut on T worker didn't want to share her name for fear of retaliation.

"I don't want him to come back and hurt me again," she said.

The worker was so shaken up that she says she's afraid to return to work, even after already enduring an increase of customers with short tempers since the pandemic began.

RELATED: Adapt or else: Downtown businesses cope with new reality

"Normally, people just cuss at me, or like, get mad at me or yell at me, but this person, he hurt me," she said.

She said the latest incident forced her friend to quit and left her fearing for her safety.

"I'm not scared-scared, but I'm sad. Like, how can people turn to be like this? So I just don't go to work," she said.

She said she feels guilty as her co-workers, like so many within the restaurant industry struggle with a labor shortage, but she doesn't feel safe and wants this angry customer to face legal consequences for what he did.

"We do our best. We work so hard. He should not get mad at the little things," she said.

The worker said people need to be more kind and patient. At the beginning of September, ABC10 also reported on another Sacramento restaurant worker who was assaulted over a missing eggroll order.

The Coconut on T worker has filed a police report with the Sacramento Police Department and provided the customer's paid bill. \Police officials say the investigation is ongoing. ABC10 also reached out to the customer for comment but haven't heard back.