This is the second time in as many months that homicide detectives have investigated a shooting on same block. 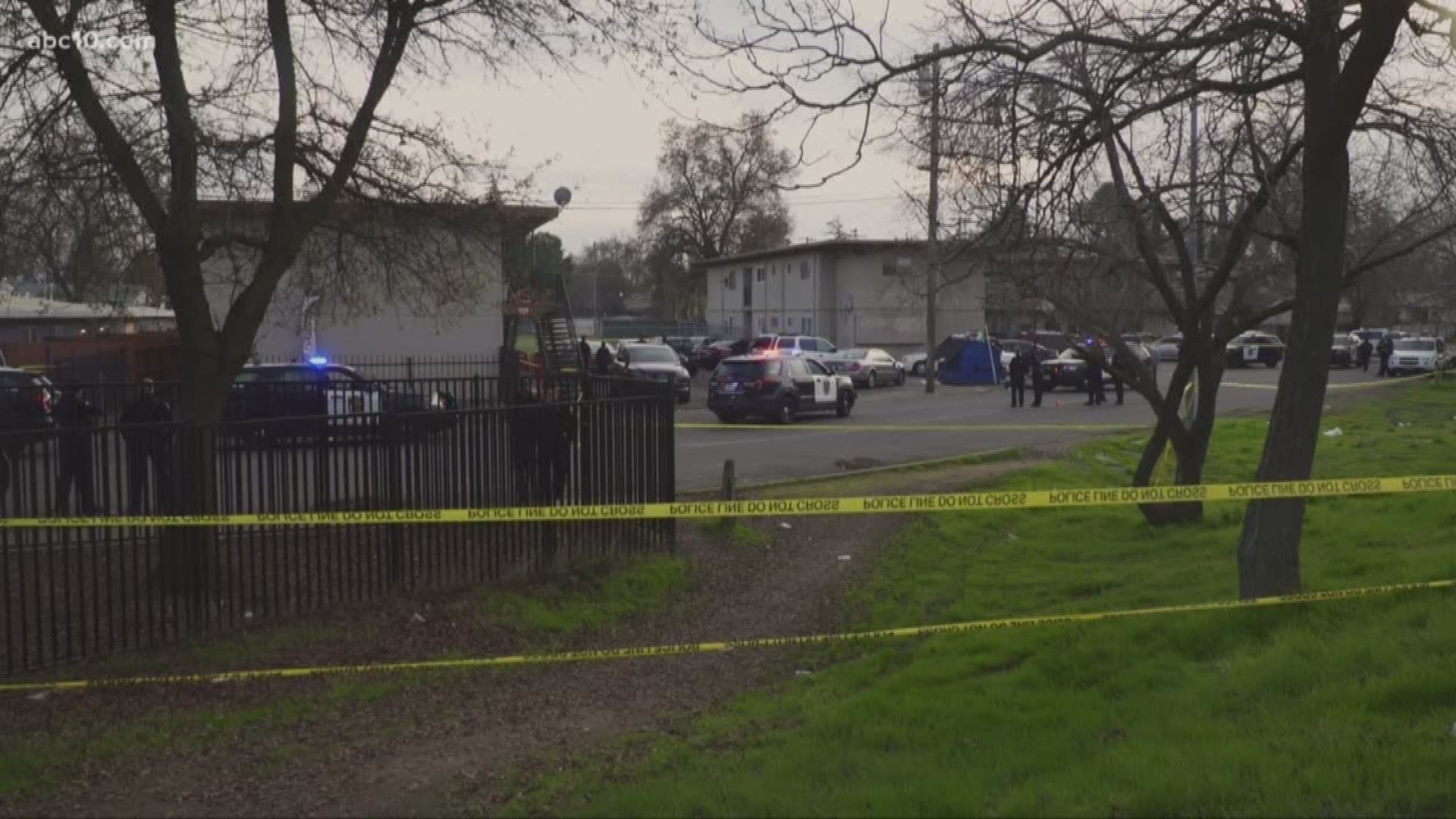 The Sacramento County Coroner confirmed to ABC10 that the victim from the Jan. 1, 2020, shooting along Traction Avenue has died.

Tymon Rodgers, 25, has been identified as the victim of the shooting.

Police have not yet identified a suspect.

Sacramento police are investigating a shooting that left a man in critical condition and his shooter at large Wednesday afternoon near Traction Avenue in Sacramento, police said.

Arriving officers went to the 2500 block of Traction Ave. to reports of shots fired shortly before 3pm, that's when they found a shooting victim with a single gunshot wound in the apartment building's parking lot.

The victim was only described as a male. Police said he was taken to a local hospital by the Sacramento Fire department.

Police could not confirm where on his body he was shot, though they say his injuries are so severe, homicide detectives have been called in to investigate.

“I was looking down at my phone browsing Twitter and then I look up and it’s just a sea of red and blue lights," area resident Michael Goodwin said. " As a neighbor, I’m sitting here flabbergasted like what happened, didn’t hear a gunshot, didn’t even hear sirens when I came out."

Another neighbor, however, said he heard two gun shots and a car speed off.

Police added that there is no is no immediate threat to the neighborhood, but some neighbors fear it will only be a matter of time before gun violence erupts again. This is the second shooting on the 2500 block of Traction Avenue in as many months.

It was on this very block in late October when a 28-year-old man was also shot. He died after getting into a car crash on the way to the hospital.

Police say they have no credible leads and are asking for any witnesses to report what they saw and heard to police.

"It's very helpful for the investigation, so that way, we can try to get some leads on any suspect or vehicle that may have been involved," said Officer Justin Hanks.

The Sacramento Police Department encourages any witnesses with information regarding this shooting to contact the dispatch center at (916) 264-5471 or Sacramento Valley Crime Stoppers at (916) 443-HELP (4357) or submit an anonymous tip using the free “P3 Tips” smartphone app. Callers can remain anonymous and may be eligible for a reward up to $1,000

Credit: ABC10
Sacramento police at the scene of a shooting on Traction Avenue on January 1, 2020.
Post by VanTieuNews.