The report "Cold Cases in San Joaquin County: On the Back Burner" shows major findings across the area, including 12 homicide victims who have never been identified. 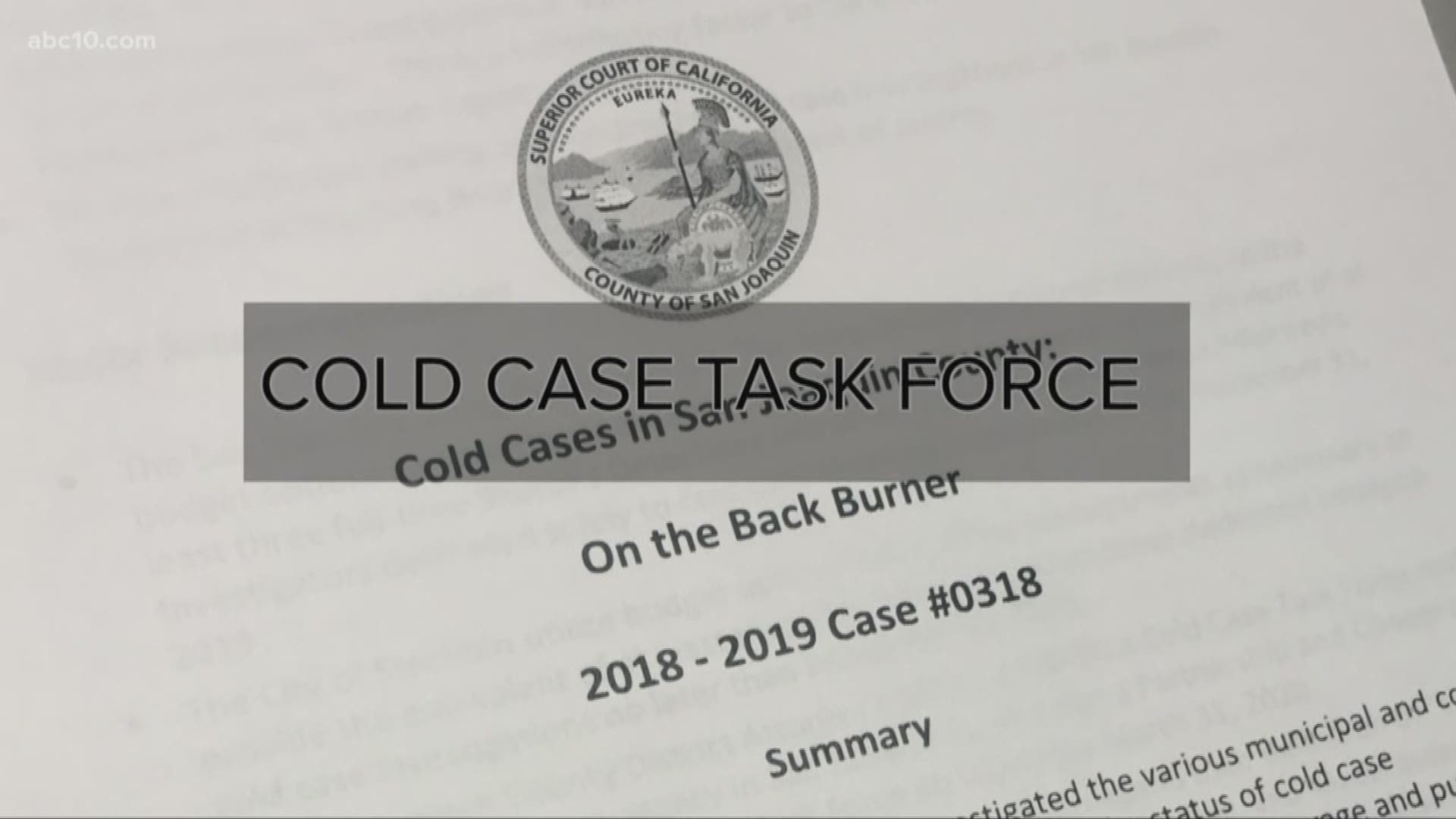 STOCKTON, California — Ramona Torrez says not a day goes by that she does not think about her son, Henry Torrez Jr., who was killed 27 years ago.

Then 21-year-old Henry Torrez Jr. was shot in the back and killed in 1991 while hanging out with friends in the parking lot of a North Stockton bar, known then as The Breakaway.

The report "Cold Cases in San Joaquin County: On the Back Burner" shows major findings across the area, including 12 homicide victims whose remains have never been positively identified.

According to the report, "the exact number of cold case homicides is unknown due to the lack of a consistent 'cold case' definition and the lack of a digitized tracking system."

Recommendation from the Grand Jury included the following:

"The police department just received the grand jury report. We are currently reviewing their recommendations and will provide a response back to them," the Stockton Police Department said in a statement.

"If them bringing in the FBI and other programs to help that's great," said Torrez. "You know, there's so many cases, not just the one's you hear of now."