The 5-year-old girl was sleeping in a back bedroom with her grandmother when the grandmother believed someone was watching them through an open window. 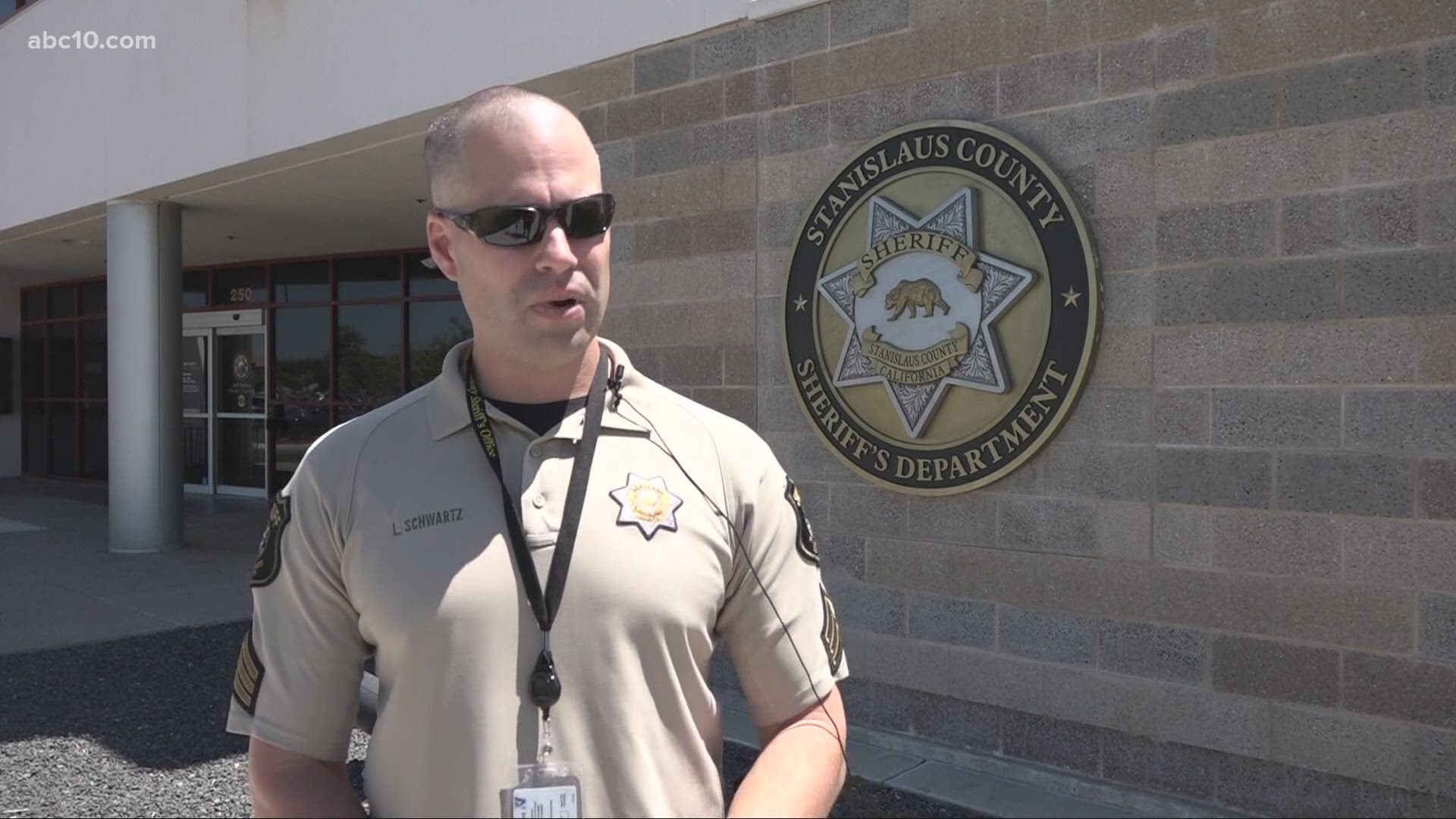 GRAYSON, Calif. — The parents of a 5-year-old girl took the law into their own hands after they captured and duct-taped a home intruder, who was also a registered sex offender, around 5 a.m. on Tuesday.

It happened in the 8700 block of Charles Street in a small unit behind a home in the small Stanislaus County town of Grayson.

Martha Zepeda says her little daughter was sleeping in a back bedroom with her grandmother when the grandmother believed someone was watching them through an open window.

When the grandmother left to alert the girl's father, the father looked around and confronted the man and told him to leave or he would call the police.

"He was in the living room window trying to peek in and he was grabbing his private parts and just looking around," Zepeda said.

The family thought the man had left, but moments later realized he did not.

"That's when they heard a giant, loud noise and that's when her husband went to go check," Zepeda said in Spanish through the translation of her older daughter.

The man had removed the screen to the open window in the little daughter's room and stood over her bed. The father rushed in and forced him outside where he grappled with him and held him down in their yard while his wife assisted in duct-taping him.

An older daughter had called 9-1-1. The suspect was held for about 15 minutes until deputies arrived and arrested him. Authorities identified him as 39-year old Daniel Diaz of Los Banos. He is a registered sex offender on the Megan's Law website -- convicted of a 2009 crime of "assault with intent to commit rape."

The website said he was released from prison in 2018. However, the website also shows his status as "incarcerated."

The Zepeda family says they saw an ankle bracelet attached to his leg.

Diaz is being held in the Stanislaus County Jail on charges of suspicion of home invasion, peeping and prowling, burglary, and child abuse. He's being held on $150,000 bail.